The power of 4K resolution brings your stories to life. Shoot internally in 4K up to 60p or Full HD up to 120p on the EOS-1D X Mark II. Focus with touch panel LCD and Dual Pixel CMOS AF, which provides amazing AF tracking in movies and works with all Canon EF lenses.

The latest version of Nikon's Distortion Control Data adds support for the D5. 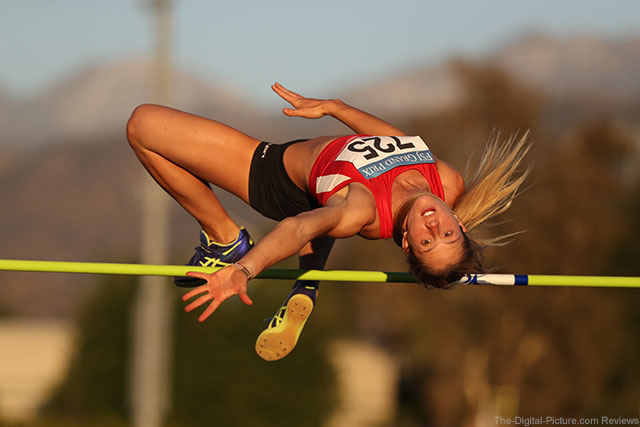 Canon Japan has posted a set of full resolution sample pictures (and movies) from the EOS 1D X Mark II.

Make sure you watch this video in all its 4K glory 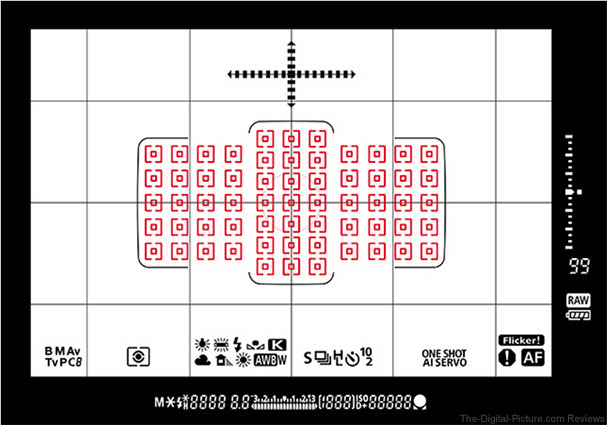 Join us for this special interview with Wasim and Brent from Canon on the just-announced 1D X Mark II. They explain what makes this camera so powerful, and how professionals benefit from its new features. The 1DX Mark II is capable of shooting up to 16fps in burst mode, and beautiful 4K video, but it also has an updated auto-focus system, and comes equipped a brand new 20.2MP sensor. 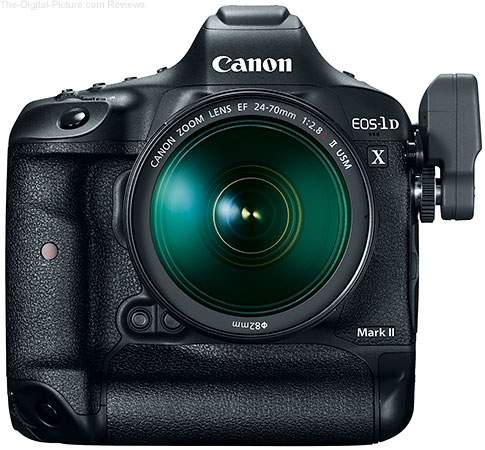 Product images (including comparisons) and charts have been loaded on the Canon EOS-1D X Mark II page and much more information will be coming soon.

Links to the specifications, press release and preorder opportunities are also available on this page. Here is a comparison between the 1D X Mark II and the 1D X. 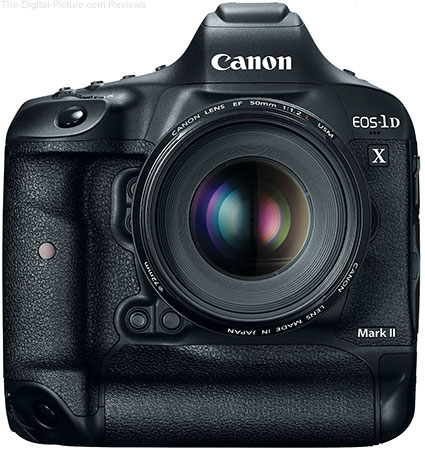 The Ultimate EOS Camera: Continuing a Legacy of High Speed and Performance
Building on the success of the Canon EOS-1D X professional digital camera, the Canon EOS-1D X Mark II camera is designed to deliver high-performance, speed, and image quality, with improved comfort for professional photographers. In addition to the new 20.2 megapixel full-frame CMOS sensor and Dual DIGIC 6+ Image Processors, the new EOS-1D X Mark II DSLR camera includes an improved 61-point High-Density Reticular AF II system with all AF points selectable by the user (and up to 41 cross-type points depending on the lens in use). The improved AF system includes expanded coverage that supports AF at maximum apertures up to f/8 with all 61 points for high precision autofocus even when using EF super-telephoto lenses with an EF extender. The camera also boasts excellent dynamic range and reduced color noise compared to its predecessor throughout its standard ISO speed range of 100 - 51,200. Expansion ISO speeds of 50, 102,400, 204,800 and 409,600 are also available. A first for the Canon EOS-1D series, this camera also features a 360,000-pixel RGB+IR metering sensor with enhanced precision and performance compared to its predecessor, improving facial recognition and tracking, as well as nature scenes. Additionally, the advanced AE system can detect and compensate for flickering light sources such as sodium vapor lamps that are often used in gymnasiums and swimming pools. When enabled, this anti-flicker system automatically adjusts shutter release timing to help reduce disparities in exposure and color especially during continuous burst shooting.

“Having f/8 capability on all 61 AF points is a tremendous benefit to wildlife photographers," noted nature photographer and Canon Explorer of Light Charles Glatzer. “In order to capture tight shots of animals without disturbing them, I frequently have to use very long lenses—sometimes with an extender attached, which further diminishes the aperture. The improved AF allows me to frame the shot exactly the way I envision it, without having to compromise.”

“This camera is a huge step forward,” remarked acclaimed photographer and Canon Explorer of Light Damian Strohmeyer. “Shooting sports in a gym at 8,000 ISO, it looked as good as 800 ISO from a generation or two ago. The images are tack-sharp, and the autofocus just doesn't miss. I've been amazed by what I've seen so far.”

“The autofocus was awesome,” agreed Peter Read Miller, sports photographer and Canon Explorer of Light. “The higher frame rate coupled with the speed of the CFast card was a definite advantage. It just never buffered out, even shooting RAW.”

The new EOS-1D X Mark II camera also offers a built-in GPS receiver with compass for precise geo-tagged information of latitude, longitude, elevation and direction. This is especially valuable to wildlife photographers and photojournalists who need to track their locations, as well as providing sports photographers the ability to sync a multiple-camera setup with extreme accuracy and precision. It is also possible to use the camera’s built-in GPS to automatically sync the camera’s time to the atomic clock, an invaluable feature to professionals. An improved grip also makes the camera easier for photographers to hold and maneuver while shooting. In response to feedback from professional EOS users, the AF points in the EOS-1D X Mark II camera’s Intelligent Viewfinder II can be illuminated in red for improved visibility, especially when shooting in dark locations. AF sensitivity in low light has been doubled from EV -2 to EV -3 at the center AF point when the camera is set to One-Shot AF, enabling the camera to autofocus in extremely dark shooting conditions such as a moonlit nightscape. Viewfinder AF coverage has also been increased for greater compositional flexibility.

As with all EOS-1D series cameras, the EOS-1D X Mark II’s rugged construction and magnesium alloy body is weather resistant. The camera also features improved controls and more in-camera image quality enhancements than ever before, including a Digital Lens Optimizer function offering high quality aberration correction which can now be achieved without an external computer. This feature makes it easier for professional photographers to deliver finished files to their clients, especially in situations when access to a personal computer is impractical or inconvenient.

The estimated retail price for the Canon EOS-1D X Mark II is $5,999 (MSRP) for the body or $6,299 for the Premium Kit which includes a 64 GB CFast memory card and card reader. The new camera is scheduled to begin shipping to authorized Canon USA dealers in April 2016. For more information and the full list of product specifications, visit: usa.canon.com/EOS1DXMarkII

This firmware is for Connect Station CS100 with Firmware Version 1.1.2. In order to update the firmware, the CS100 device must be connected to the Internet. Please see detailed instructions below. 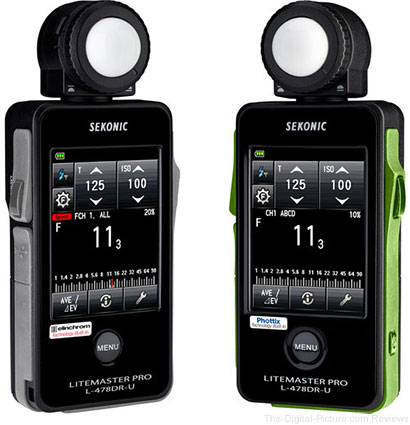 The new L-478DR-U-EL and L-478DR-U-PX models were developed with cooperation from Elinchrom in Switzerland and Phottix in Hong Kong. The L-478DR-U-EL offers wireless triggering and power control of Elinchrom flash units. The L-478DR-U- PX triggers flashes and radio triggers using the Phottix Strato II protocol.

Both use Sekonic’s breakthrough DTS (Data Transfer Software) system that automates meter calibration to the camera in use and has expanded Cine features that put these meters in a class of their own. Each meter features a distinctive, signature-color rubber surround and name badge for the flash brand it controls.

The Sekonic LITEMASTER PRO L-478 Series meters are compact in size, instantly familiar and comfortable to use. The large color LCD (2.7”) touchscreen displays ambient, flash, cine and other information in a clear and understandable way. Make your settings by simply touching or sliding a finger over the touch screen.

Flash Power Control for Elinchrom EL-Skyport Products
The power screen of the L-478DR-U-EL enables separate selection of any of the four lighting Groups, 1, 2, 3, 4 for flash brightness adjustment in 0.1 increments by simply tapping buttons on the meter’s touch screen. The F-number value for the light being measured appears in a central area on the screen as well as over the respective group selection button. The measured value for each group is maintained as a visual record of the brightness difference of the lights in use so that lighting ratios can be easily determined.

Once the flash adjustment is made for each group, all the flashes can be triggered for a total reading for exposure. The L-478DR-U-EL can also be used to measure and adjust the modeling light brightness of Elinchrom flashes for cine/video lighting.

Flash Triggering for Phottix Strato II Protocol products
The L-478DR-U-PX flash control screen allows selection of a single group or a combination of groups for flash brightness measurement. The F-number value for the light being measured appears in a central area on the screen as well as over respective group selection button. The measured value for each group is maintained as a visual record of the brightness-difference of the lights in use so that lighting ratios can be easily determined.

The L-478DR-U-PX group selection and triggering is compatible with Phottix flashes and radios that are compatible with the Phottix Strato II protocol. These include flashes connected to the Strato and Strato II receivers and the Atlas II transceivers. Compatible Phottix flashes include the Indra360, Indra500 and Mitros+ series flashes designed for use with Canon, Nikon and Sony cameras. 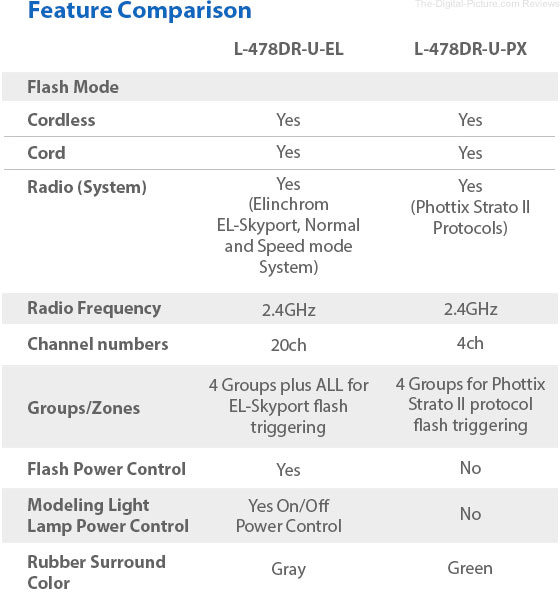 Additional Improvements to the L-478 Series Meters
Sekonic engineers have been continuously adding operational improvements requested by current owners who are making the L-478 one of the most sought after light meters in Sekonic history.

Among them are the inclusion of ISO 850 for Canon video cinema cameras and expanding the filter compensation from 5EV to 12EV to aid landscape photographers who use high-density ND filters. These and other small operational improvements will be available soon as a firmware upgrade for current owners by the latest Data Transfer Software ver. 5.0 available on http://www.sekonic.com.

According to the Egami Blog, Canon has filed a patent for a potential successor to the EF 16-35mm f/2.8L II.

If I'm understanding the garbled Google Translation correctly, there seems to be an emphasis on reduced vignetting in the lens. [Sean] 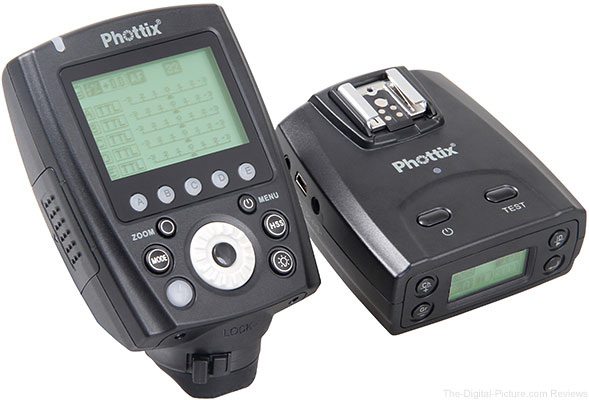 NORTH WHITE PLAINS, NY, FEBRUARY 01, 2016 - Introduced at Photokina 2014, there is no flash triggering system that is more anticipated than the Odin II. It is the result of operational requests from the thousands of happy Odin users who love their TTL flash systems and want even more. Phottix is delivering on all of its promises. And then some.

Unrivaled Control and Streamlined User Interface
The Odin II gives photographers more control than they have ever experienced; control that is direct, logical, and fast.

Each of the 5 Groups has its own quick-access button. Changes are made by turning a large, perfectly-placed, control dial. Pick the light. Make the change. Lock it in. Shoot. A large, illuminated LCD panel shows all settings at a glance. Control five lights in TTL Auto or Manual. Switch the Group OFF and its display line disappears from the screen. Displaying only active groups assures an easier and simpler viewing experience.

A range of custom functions including switching ON/OFF of audible beep, screen illumination, and AF Illuminator function allows customizing the Odin II for any application.

A Complete "Anything Goes" Ecosystem
The Odin II system is compatible with the original Odin system, Phottix Mitros+ speedlights, the award-winning Indra360 and Indra500 TTL Studio lights, Strato, Strato II receivers, and Atlas II in receiver mode. Firmware upgrades for the Phottix Mitros+ and Indra360/500 will soon be available to take advantage of the new features of the Odin II.

The Phottix Lighting System offers solutions for every shooter. Hot Shoe flash minimalists can use the Odin II and the Mitros+. Photographers needing to overpower the sun can use the Phottix Indra, the Odin II and High Speed Sync features. Or these products can be combined creating the perfect lighting solution for challenging environments.

"The Odin II is the marriage of the most user-friendly interface I've ever seen and the most reliable triggering system I've ever used." - Dennis Pike, Photographer

From the LensRentals Blog:

We’re excited to announce that Roger Cicala and Aaron Closz will be participating in an Ask Me Anything (AMA) session of reddit’s /r/photography forum on Monday at 3 pm ET. Over the last few years, /r/photography has been a huge supporter of our blog, so we wanted to give back by inviting the users of reddit to Ask Us Anything. This gives our readers a unique opportunity to ask Roger and Aaron on anything relating to cameras, lenses, other photography and video related gear and about all the techy articles they often post here on our blog. They’re also able to provide their extensive knowledge, and with one of the largest inventories of photography gear in the world, we have a lot to talk about! Be sure to tune in, and submit your questions on Monday at 3 pm ET!