Adorama Photography TV Presents Photo on the Go with Joe McNally. In this episode, Joe demonstrates how to capture a portrait by lighting two surfaces with one light.

If the above embedded viewer doesn't work for you, try this:
Flash Enabled Viewer | HTML5 Viewer (for mobile devices)

Benjamin Von Wong is an exciting photographer that I've been following for quite some time on YouTube. His images are usually very striking and creative - and he typically provides behind-the-scenes videos that are interesting and informative.

For his latest project, Von Wong was asked to do something a little different – create the world's largest real-life "Where's Waldo" scene for the town of Traunstein, Germany. The amount of planning, preparation and work that went into this shoot is significant to say the least. But the resulting image is a lot of fun to browse. I did notice a few ghosting/stitching errors, but overall I think it's a great image and significant achievement in logistics and coordination.

Behind the Scenes Video

You can also check out Von Wong's behind-the-scenes blog post for more information.

"This is The-Digital-Picture.com's Weekend Recap for the week ending November 2nd, 2013.

On Tuesday, Google added Analog Efex Pro to its NIK software bundle. The Analog Efex Pro plug-in was designed to allow users to replicate the look and feel of classic, vintage cameras. The plug-in features Classic Camera, Vintage, Wet Plate and Toy Camera presets, as well as the ability to customize each one.

Unfortunately, the Analog Efex update – automatically pushed by Google – caused crash issues for some users in Photoshop CS 6. See our post for a possible remedy to the situation.

On Wednesday, we reported on Canon USA’s plans to start packaging EF 24-70mm f/4L IS USM lenses with 5D Mark IIIs. Many regard this as a hint of Canon’s plans to abandon the long-offered EF 24-105mm L in camera kits. Canon USA has stipulated – at least for the near future – that both lens kits will be available.

Also on Wednesday, we found out that Adobe’s security breach was more serious than first thought. Instead of affecting approximately 3 million user accounts as first reported at the beginning of October, Adobe now says that 38 million user accounts were compromised. According to an Adobe spokesperson, the investigation is still on-going.

In site news and reviews...

On Thursday, we gave a first-hand account of Sigma USA’s Repair Service. Even though turnaround was relatively fast and our overall experience good, we were a bit concerned with Sigma’s lack of communication regarding the repair. Hopefully Sigma’s dedication to revamping their service department will bring better communication in the future.

And, for our deal of the week…

This has been the The-Digital-Picture.com’s Weekend Recap. Thanks for listening, and as always, happy shooting!"

Tamron has extended their October mail-in rebates. The new rebates will be active from November 1 - December 31. 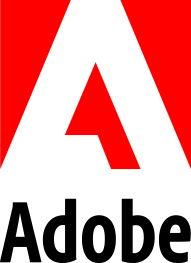 Important updates will also be added to Adobe Anywhere for video, to enable a range of tasks from ingest and logging to visual effects collaboration for large teams. A new Adobe Anywhere iPad app enables editors to browse shared productions and play media and sequences from the Adobe Anywhere Server on their iPads.

“We’ve seen many broadcasters, filmmakers and video professionals adopt our video apps in Creative Cloud and Adobe Anywhere as they look for a toolset that allows them to thrive in the face of reduced budgets and demanding production timelines,” said Bill Roberts, director, video product management, Adobe. “The new features and services give our customers the streamlined workflow they have been asking for, while also continuing our commitment to provide significant innovations frequently for Creative Cloud members and Adobe Anywhere users.”

Creative Cloud offers video professionals a membership-based service that provides users with unlimited access to download and install flagship Adobe professional video desktop applications as well as the full range of Adobe desktop applications for design, Web and photography. With Creative Cloud membership, users also have access to publishing services to deliver apps and websites, the ability to synch cloud storage, and new products and exclusive updates as soon as they’re released. This offers more efficient ways to share work with colleagues and the creative community; and enables more innovation, collaboration and efficient productions from post to broadcast. Key new updates to the video tools in Adobe Creative Cloud include: 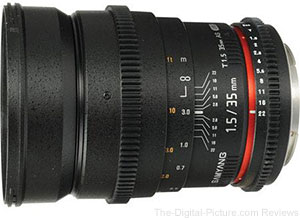 Responding to the increasing demand for high-quality cine optics for cameras and camcorders, Samyang has prepared a special offer aimed at professional filmmakers, enthusiasts and film schools. Four kits of cine lenses with dedicated "hard" cases will be released on the market at the beginning of November.

TOKYO - Nikon Corporation is pleased to announce the completion of "Eyes of Nikon" (published by D.D.WAVE Co., Ltd.), a collection of images by photographers active the world over, as part of activities commemorating the 80th anniversary of NIKKOR photographic lenses. "Eyes of Nikon" will feature images in which the unique characteristics of individual lenses are maximized by distinguished photographers, as well as explanations of NIKKOR lenses by developers themselves with the history, background, intent, and technologies behind the design and development of those lenses.

At the same time, "Masters of the Light", a collection of artistic images photographed with digital cameras and lenses, and created with the full cooperation of Nikon, will be available around the world through D.D.WAVE Co., Ltd.

Based on the theme, "ART meets TECHNOLOGY makes HISTORY", the international photographers contributing to these two photo collections have aimed for the ultimate in photo quality and made the most of NIKKOR lens technologies cultivated over the past 80 years to express the world of photographic art. All images in the two collections were captured using Nikon cameras and lenses.

What's more, a photo gallery tied to "Eyes of Nikon" will be launched on the global brand site, "nikkor.com" to coincide with release of the photo collection (scheduled for December). "nikkor.com" offers online contents created to share the appeal of NIKKOR lenses with the world. The website continuously offers insight into the epoch-making technologies Nikon has developed with artistic images and explanations of the lenses used to capture them, allowing visitors to the site to get to know NIKKOR lenses from a variety of angles.

Throughout its long history of developing and utilizing optical and other advanced technologies for use in the development and manufacture of cameras and lenses, Nikon has proposed many ways to enjoy photography. Nikon will continue offering varying lenses that will further enhance the reliable quality of our cameras equipped with new technologies.

A collection of original photos by twenty photographers active around the world, as well as explanations of the NIKKOR lenses.

"Masters of the Light"

A collection of artistic images photographed with digital cameras and lenses

History: Contents outlining the history of NIKKOR lenses. Introduction of the optical technologies and other advanced technologies adopted for past lenses. Launch scheduled for December 2013.

Technology: Introduction of unknown stories and design intent that gave birth to NIKKOR lenses through interviews with designers, developers, and those who manufactured the lenses at the Tochigi factory. *Launch scheduled for December 2013

Eyes of Nikon: Photo gallery tied to the "Eyes of Nikon" photo collection. Photos by the world's top photographers with explanations of the NIKKOR lenses used to capture the photos by developers of the lenses. *Launch scheduled for December 2013

NIKKOR — The Thousand and One Nights: Tales by Nikon engineers detailing the unique characteristics of NIKKOR lenses, as well as their past, present, and future.