Nikon has issued firmware updates for the D3400 and D5600 to address the following:

Changes from Version 1.2.4 to 1.2.5 Fixed the following issues that affected Nikon Transfer 2 under macOS Sierra:

B&H carries the Nikon D500 and has the D3400 DSLR available for preorder. 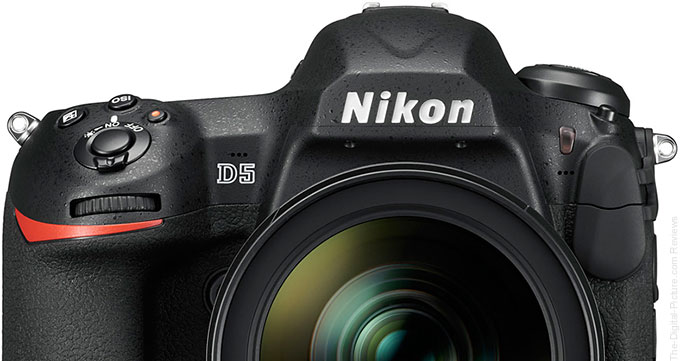 The D5 has been extremely well received on all fronts, winning such globally prestigious photo and imaging awards as the TIPA Awards 2016, and the Camera GP (Grand Prix) 2016 Readers Award (sponsored by Japan's Camera Journal Press Club), which is selected through voting by users.

Nikon has released new firmware for the D5, C: Ver. 1.10, that enhances D5 performance even further. The new firmware offers a major upgrade to the camera's shooting capabilities, delivering four key improvements. First, the maximum recording time of movies, including for 4K UHD movies, is extended, and three functions — Flicker reduction for still images, 9-point dynamic-area AF AF-area mode, and Electronic VR for movies — are added. In addition to these four major changes, some additional updates* have been applied to the new firmware.

The new firmware is available for download from June 23, 2016. It can be downloaded free of charge from the following URL.

Movies up to 29 minutes 59 seconds in length can now be recorded at all Movie quality and Frame size/frame rate settings. The new firmware increases the maximum recording time of even 4K UHD (3840x2160) movies from 3 minutes to 29 minutes 59 seconds. In addition, movies are recorded to up to eight separate files, each of which has a file size of up to 4 GB. Separate movie files can be combined to create a single movie using ViewNX-Movie Editor.

When shooting under fluorescent and some other types of artificial lighting, flickering may cause uneven exposure in parts of images and/or variations in exposure and color reproduction characteristics between individual images captured continuously or in quick succession. We have equipped the new firmware with a Flicker reduction function for still images*1 that reduces these effects. When Flicker reduction is enabled, the camera detects peak brightness as light flickers and automatically times shutter release with these peaks in brightness for stable exposure and color reproduction characteristics. This function is effective when continuous shooting is used for indoor sporting events or similar situations captured at fast shutter speeds*2

*1 Still images captured during viewfinder photography (not available with mirror up mode).
*2 The continuous shooting rate may decrease.

3. 9-point dynamic-area AF AF-area mode added for focusing on a limited portion of a moving subject

With dynamic-area AF, the camera focuses based on information from surrounding focus points* if the subject briefly leaves the focus point selected by the photographer. The D5 originally supported 25-point, 72-point and 153-point dynamic-area AF. A 9-point dynamic-area AF option has been added with the new firmware. This new option is effective for focusing on a more specific portion of a moving subject.

* In dynamic-area AF with 9, 25 or 72 points, the number of focus points actually used may be fewer than 9, 25 or 72, depending on the selected primary focus point.

The new firmware has been equipped with an Electronic VR function that reduces the effects of camera shake with hand-held recording of movies in the FX- or DX-based movie formats (image areas)*2. The effects of camera shake in three directions — vertical (up and down), horizontal (left and right), and rotational (around the center of the lens) — are reduced. This function is effective when recording movies in places or situations in which use of a tripod is prohibited or inconvenient, or when there simply isn't time to set one up. In addition, electronic VR can be used in combination with the optical vibration reduction (VR) built into a NIKKOR lens for more effective reduction of the effects of camera shake.

The effects of electronic VR are also reflected when photos are captured during movie recording (Live frame grab).
When Electronic VR is enabled, the maximum sensitivity allowed is ISO 102400, even if ISO sensitivity is set to Hi 0.3 or higher.

* Details can be found in an updated edition of the camera manual.

Fixed an issue that occurred with WR-R10 wireless remote controller firmware version 3.00. In rare cases, the camera would fail to display the number of exposures remaining or would take about a minute to power down when the WR-R10 was connected.

Shooting using radio-controlled advanced wireless lighting (hereafter "radio AWL") requires a digital SLR camera and Speedlight that support radio AWL, as well as a WR-R10. However, WR-R10s running a version of firmware prior to Ver. 3.00 do not support radio AWL. The modifications indicated below, including support for radio AWL, will be enabled with this firmware upgrade.

Please direct inquiries regarding this matter to your nearest Image Nikon Service Center or create a Free Service Returns Request. 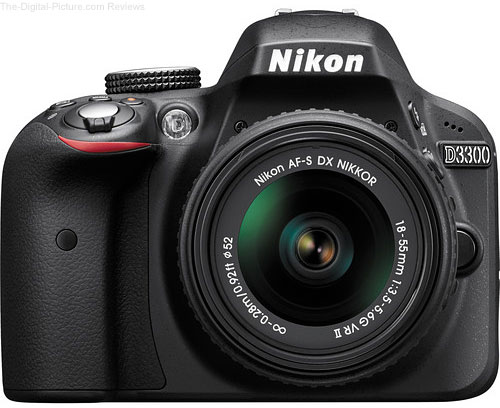 Changes from “C” Firmware Version 1.02 to 1.10An External recording control option has been added to the HDMI item in the SETUP MENU. If the camera is connected via HDMI to a third-party recorder that supports the Atomos Open Protocol (the Atomos SHOGUN, NINJA2, or NINJA BLADE), selecting On allows camera controls to be used to start and stop recording. More information is available in a supplementary manual.Note:Choose an option other than 576p (progressive) or 480p (progressive) for HDMI > Output resolution in the SETUP MENU.

Cameras That Can Be Used to Update UT-1 FirmwareUT-1 firmware updates can be performed with the following cameras:

Note: Other cameras can not be used, but updates can be performed for you by a Nikon-authorized service representative. 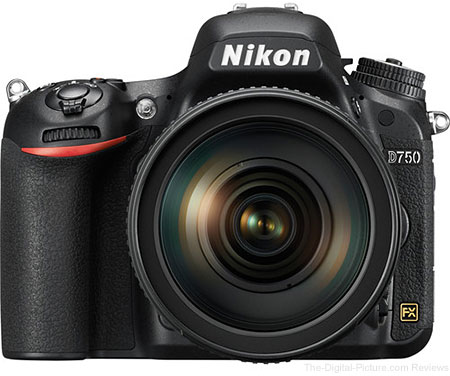 With one of the most vague descriptions I have ever seen in a firmware update, Nikon has released firmware version 1.01 for the D750. 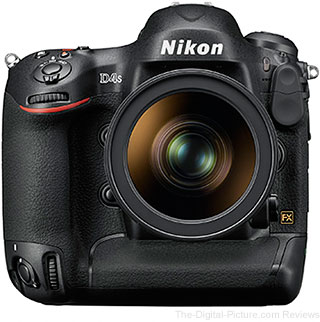 This service supplies software that can be used to update the D4S camera “C” firmware to version 1.20.

Before proceeding, select Firmware version in the camera setup menu and check the camera firmware version. You will not need to download or install this update if the firmware listed above is already installed.

The following cameras can be used to update UT-1 firmware.

* Only the camera(s) indicated above can be used to update UT-1 firmware.
* Firmware updates can be performed for you at authorized Nikon service centers.

Updates included with this release

Modifications enabled with this upgrade of firmware, release date December 17, 2014

Modifications enabled with this upgrade of firmware, release date December 17, 2014 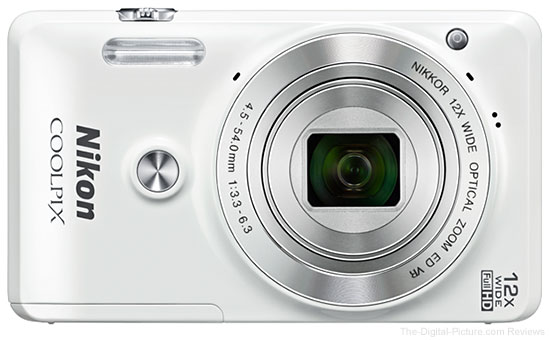 Upon reading the modifications listed in the COOLPIX S6900 Firmware v1.1 release, I actually laughed heartily for several seconds (laughing harder with every modificaiton I read). This is definitely the strangest set of bugs I have ever seen in a camera. [Sean]

The following issues with display languages selected for Language in the setup menu have been resolved.

Updates enabled with this release:

Updates enabled with this release

Updates provided with this release, C:1.12

Updates included with this version, 2.2: 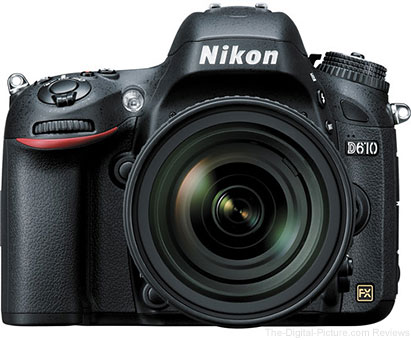 All of the firmware updates contain the following modification:

Note: Camera firmware must be updated before distortion control data can be updated to Ver. L: 2.000 or later.

You can download the firmware updates using the links above.

This service provides software for upgrading COOLPIX A firmware to C: 1.11

Updates provided with this release, C:1.11

B&H carries the Nikon COOLPIX A. 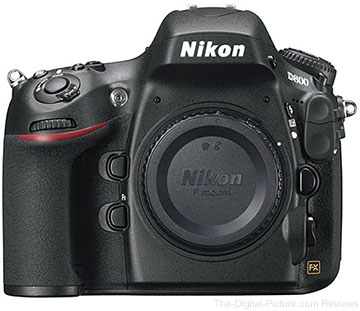 Modifications enabled with this upgrade of firmware, release date May 13, 2014

Function that has been added:

Functions that have been renamed:

Click here for the D800/D800E manual addendum reflecting changes made with this firmware update.

Updates included with this version

Function that has been added:

Functions that have been renamed: 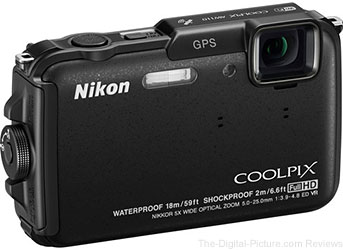 Updates included with this release, 1.1

The COOLPIX AW110 has been replaced by the Nikon COOLPIX AW120 Waterproof Camera. 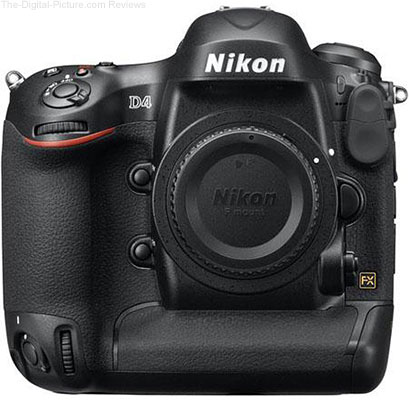 B&H has the Nikon D4's successor, the D4s, available for preorder.

Updates included with this release

Updates included with this release - C:1.01

Updates included with this release - C:1.03

Nikon has updated the firmware for several cameras to address a EN-EL14a battery issue.