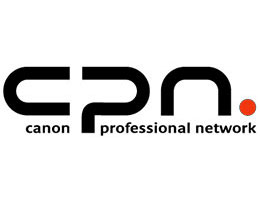 Canon France, in association with Images-Evidence, has announced that the 14th annual Canon Female Photojournalist Award is open until 26 May 2014 for submissions from female photojournalists of any age and nationality.

This year, for the first time, the award is supported by Elle Magazine and Canon France will grant the winning female photojournalist €8,000 to help her to continue and complete a photojournalistic project on a social, economic, political or cultural subject.

A jury made up of top photography and press professionals will select the winner in June. Entrants will be judged both upon the presentation of their project and their previous work. Among the selection criteria are the quality of the photographs, the journalistic thought processes and relevance of the chosen subject.

An exhibition of the work of the 2013 award winner – US photojournalist Mary F. Calvert (Zuma Press) – showing images from her project on sexual violence in the US military will feature as part of the exhibition programme of the 2014 Visa pour l’Image festival.

The other previous winners of the Canon Female Photojournalist Award were:

To find out more about the 2014 Canon Female Photojournalist Award and download the rules and an application form to enter, please click here.