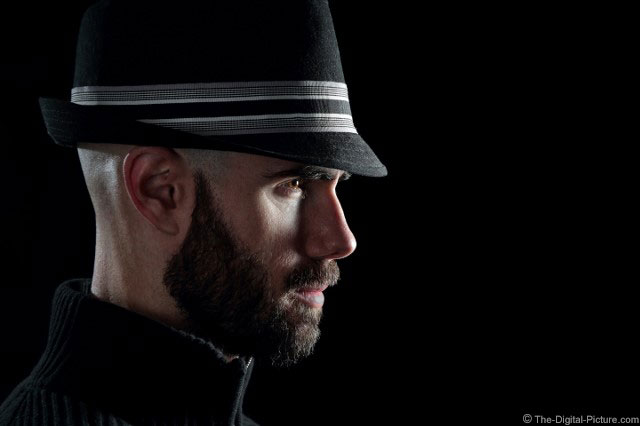 In May of last year, we posted William Bennett's guide on how to create a wireless tethering solution for the 1D X for less than $100.00. In the post, we pointed out that a battery-powered wireless router might be better than relying on a traditional router and an external battery source.

When I published the wireless tethering post, I purchased the TP-LINK battery-powered wireless router just to play around with. Unfortunately, I couldn't find a way to use it to tether my 5D Mark III because the 5D III doesn't have an ethernet port like the 1D X. That meant I had to use the USB port for communicating with the camera. As it turns out, I was not proficient enough in programming or networking to get wireless tethering to work with the 5D III.

Still wanting a wireless tethering solution, I looked for other ways of accomplishing the task. In October, I was able to wirelessly control my Canon EOS 7D using DSLR Controller paired with an Android TV dongle. While the setup worked, it wasn't perfect – the connection was buggy and the Android TV dongle needed an auxiliary power source (which added considerable bulk).

Fast forward to last week when I found DSLR Controller's walk-through for converting the TP-Link Portable Router into a wireless remote. The conversion requires that you flash your router with a custom firmware (see Note below). One quick firmware update later, I was rolling.

Ever since my first DSLR, I've used self-portraits to experiement with new gear and new techniques. Self-portraits are great because the subject is always available and amazingly patient as you endlessly play with your new gear. ;-)

In standard fashion, I decided to test the DSLR Controller + TP-Link Portable Wireless Router setup by creating a self portrait. I set up the background and lights and connected the router to my tripod mounted 5D III via the USB port and started shooting. 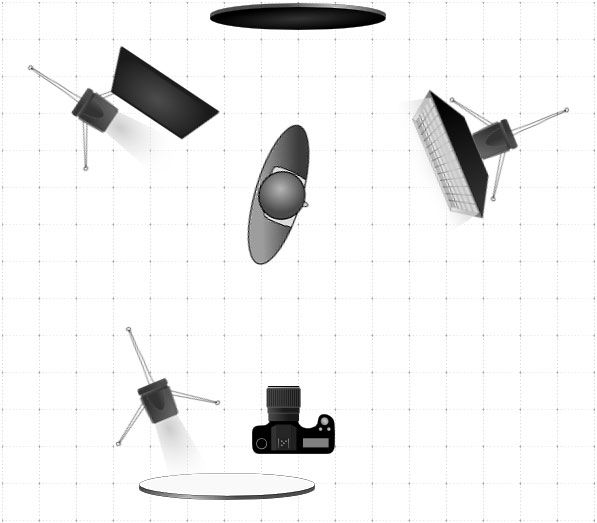 Flashes were triggered by PocketWizard PlusX transceivers. The background was a Botero #037 Collapsible Reversible Background (Black/White).

Admittedly, I had some trouble getting DSLR Controller to connect with my Google Nexus 7 (original version) using the TP-Link Portable WiFi Router. However, once connected, everything worked quite well. The refresh rate on my Nexus 7 was very good; Live View video was very smooth. Exposure controls, camera settings and focus were relatively easy to manipulate using DSLR Controller. Being able to see the camera's Live View video made framing the self-portrait incredibly easy (and fun).

The DSLR Controller app + Portable WiFi Router combination can be used for so much more than making self-portraits easier. Some of my favorite features include HDR capture, timelapse, and focus stacking.

Speaking of focus stacking, I used DSLR Controller with the Portable WiFi Router hooked up to my EOS 7D and EF 100mm f/2.8 macro lens (set to f/8) to create the image of the almond seen below. The final image was created by stacking 38 incrementally focused images with CombineZP (free focus-stacking software).

DSLR Controller even has a "Strobe Recharge Delay" setting that enables you to specify a time delay between shots so that any flashes you're using have time to recharge. For the shot above, a strobe delay setting of 3 seconds allowed my PocketWizard PlusX-triggered 580EX with LumiQuest Softbox LTp to recharge and prevent overheating.

Update: Regarding the 5D III specifically, I've noticed that DSLR Controller will not want to connect if you are recording images to one card and playing them back using the secondary memory card. Be sure that your "Record func+card/folder sel." setting has "Playback" set to Card 1.

Despite the connection issues with my 5D III, I'm really happy and excited about this setup. Once everything gets connected the setup works beautifully. I've been having tons of fun with it and I've barely scratched the surface of what DSLR Controller can do. If you already own a compatible Android phone or tablet, then the DSLR Controller App ($7.99) and TP-LINK TL-MR3040 3G/4G Wireless N150 Portable Router ($34.99) combination can be more fun and creatively inspiring than the [small] financial investement would suggest.

Note: Jorrit Jongma, the developer of DSLR Controller, reached out to me and requested I mention a couple of things. The custom firmware loaded on the TP-Link portable router is OpenWRT firmware which should offer many of the same features (and more) of the original firmware (although converting the device back to the original firmware can be tricky). Also, if your camera features built-in Wi-Fi (like the EOS 6D and 70D), DSLR Controller will work directly with your camera (and offers more functionality than Canon's OEM WiFi app).