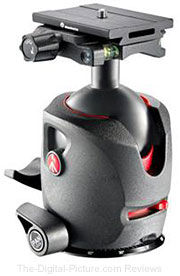 Until now, if you asked me what I thought Manfrotto's biggest weakness was, I would have told you that it was the lack of compatibility with the Arca-Swiss clamp and plate standard. Manfrotto makes great gear and gives you a lot for your money. I very frequently recommend their products to those on a modest budget, but again, I found the lack of Arca-Swiss compatibility to be a drawback.

That drawback has now been erased. I am happy to report that Manfrotto has begun embracing the AS standard by releasing a new line of Arca-Swiss compatible quick-release mounts and plates.