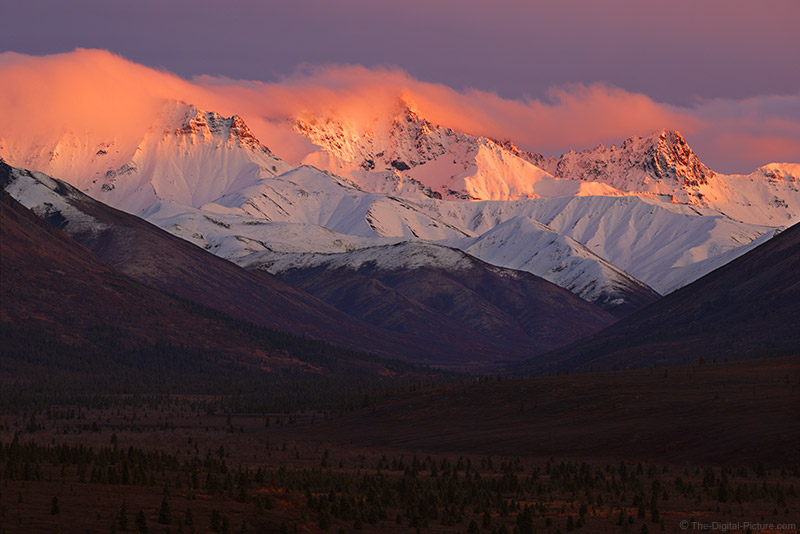 Direct sun on snow delivers an extremely bright subject. Evergreen trees in the shade are an extremely dark subject. This scene provided both.

While an overhead sun is a bit brighter than a setting sun, this a very intense sunset scene. Bracketing exposures for potential HDR use is the safe way to photograph such a scene, but I was shooting handheld with the Canon RF 100-500mm F4.5-7.1 L IS USM Lens and relied on the Canon EOS R5's capabilities to capture all of the brightness levels in this scene in a single exposure.

When photographing landscape at sunrise and sunset, the red channel is usually the one to watch. The light is strongly warm-toned, and the directly lit portion of the scene will push the red channel high on the histogram.

In Canon Digital Photo Professional (DPP), this image's exposure was reduced by 1 stop, bringing the red channel in the brightest pixels to at or just below 255, with detail remaining in this channel. The foreground was then processed at a brighter setting and combined in Photoshop.

The setting sun hitting the tops of the Alaska Range and the clouds whisping over it in Denali National Park was breathtaking. Or, maybe I was just holding my breath too much while shooting furiously.