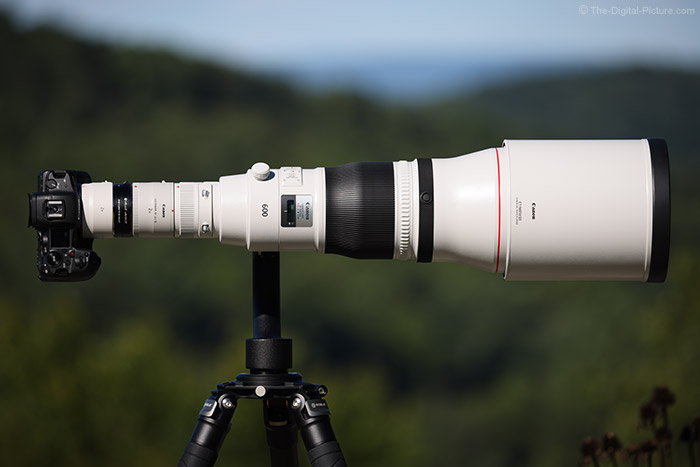 I recently shared an adapter modification that permitted Canon RF extenders to be used behind all (most?) Canon EF lenses — and Canon EF lens and EF extender combinations. The next idea was to push the overall focal length using double extenders.

The image shared with this article shows the following setup, from right to left, then down:

That is an impressive focal length.

I originally inserted a Canon EF 12mm Extension Tube II behind the EF 2x, enabling a Canon EF 1.4x III Extender to be added to the optical path. That addition would have resulted in an awesome 3360mm lens, but the extension tube broke the electronic connection required for this lens to focus, even manually. The resulting combination was useless, aside from looking amazing.

Back to the 2400mm setup. The second equation this combination creates is considerably less exciting:

The first equation results in an incredible number that is offset to some extent by the result of the second equation. Remarkable is that the EOS R5 focuses this combination very quickly in good light, avoiding focus hunting if the subject is not too significantly out of focus. Keeping a 2400mm lens still enough for sharp images remains a challenge, and with two 2x extenders in the optical path, this rig is not too sharp. Here is a 100% crop processed from a RAW image in Canon Digital Photo Professional (DPP) using the Standard Picture Style with Sharpness = "1" (0-10 scale). 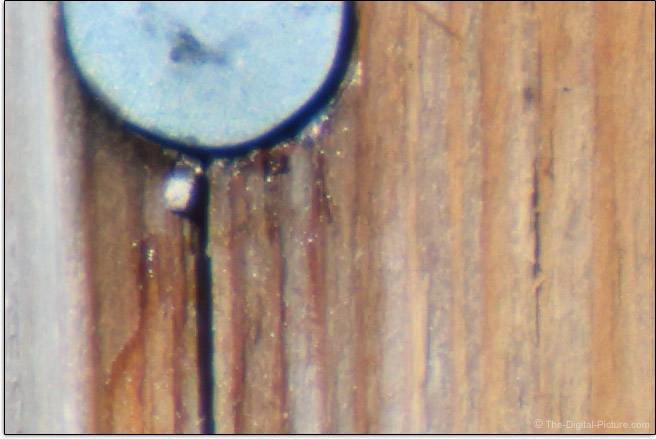 On the fun side of the equation, the awkwardly-shaped 92.7% waning moon nearly fills the 2400mm frame. At this magnification, the thermal irregularities in Earth's atmosphere are apparent even in the viewfinder. And, the moon has to be tracked continuously to keep it centered in the frame (after the challenge of finding it in the frame has been met). 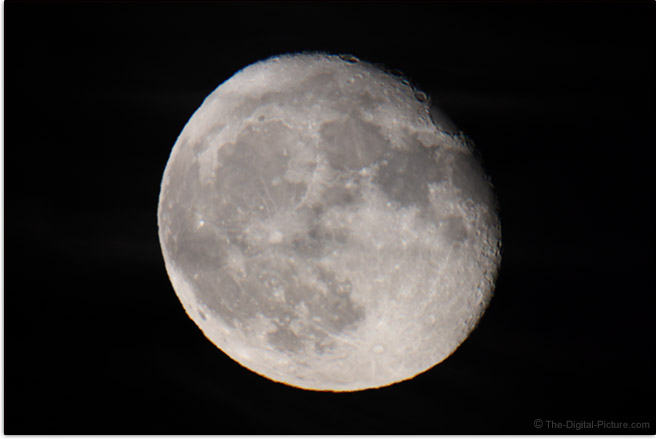