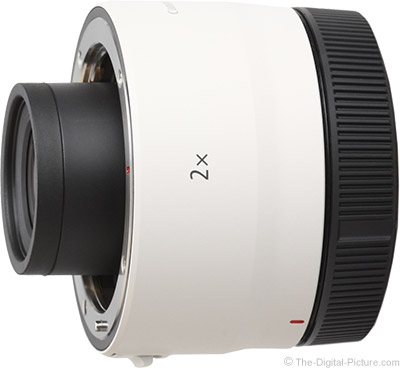 Do you need focal lengths longer than those natively available in your current Canon RF telephoto lens? If that lens is compatible with RF extenders, adding a Canon RF 2x extender will provide a dramatic focal length increase.

The Canon FE 2x extender is very similar to the Canon FE 1.4x Extender, and their reviews are similar, differing primarily by the magnification factor and the characteristics that difference brings.

What is a 2x extender?

A 2x extender is a small lens that mounts between a compatible lens and a camera, increasing the focal length or focal length range of the lens by a factor of 2x. This difference is a drastic, creating a dramatically narrower angle of view. With a 2x behind it, a 600mm lens becomes a 1200mm lens, and the RF 100-500mm lens with a 2x behind it becomes a 600-1000mm lens. It is not hard to be impressed by those numbers.

Wait, you just noticed that my math is not correct for the zoom lens example. Right, this is new math. I wanted to point out that at least one of the first RF lenses supporting extenders, the Canon RF 100-500mm F4.5-7.1 L IS USM Lens, is only compatible at focal lengths longer than a specified length, 300mm in this case. Using 300mm for the math at the wide end makes the resulting numbers work.

Traditionally, lenses indicated compatible with extenders were compatible over the entirety of their focal length range. Time will tell how this compatibility plays out in the RF lens range.

Canon explicitly indicates which of their RF lenses are compatible with their extenders. With lens elements protruding from the front of the primary lens barrel, Canon and most other brand extenders do not fit behind a non-compatible lens. 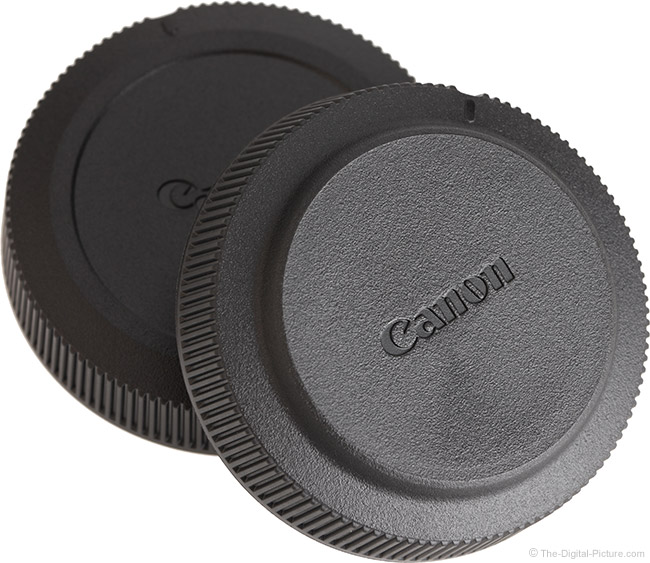 This physical limitation also prevents extenders from being stacked (without a workaround such as an adequately-long, adequately-wide-opening extension tube mounted between them), and it prevents a standard camera body cap from being used on the extender.

The Canon EF to RF Mount Adapter moves the EF mount forward to offset the short back focus design of the RF mount and provides the communication connections required for the lens to function as native. With the standard and control ring versions of this adapter having no optics, it was hoped that the open space would permit an RF extender to fit into the back of it, ideally making all EF and EF-S lenses extender compatible. Unfortunately, the Canon RF extenders do not fit into the Canon mount adapter. Check out the Making All Canon EF and EF-S Lenses Compatible with Canon RF Extenders article for hope that future EF to RF adapters will provide this functionality. 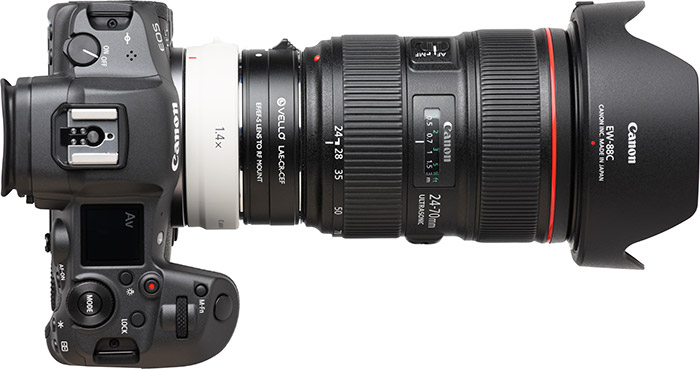 What are the advantages of a 2x extender?

The sole advantage provided by an extender is the substantial (more like dramatic with the 2x) focal length increase it provides, magnifying the subject, a benefit often worth the disadvantages I'll share later in this review.

The following are examples of the focal length increase provided by the RF 1.4x and 2x extenders. This black-crowned night heron proved the only living subject patient enough for me to make all of the lens changes necessary for a focal length comparison using the RF 600mm and RF 800mm lenses, the first two RF extender compatible lenses to hit the streets. The thin crescent moon moved through the frame more rapidly (and the sky also darkened rapidly). 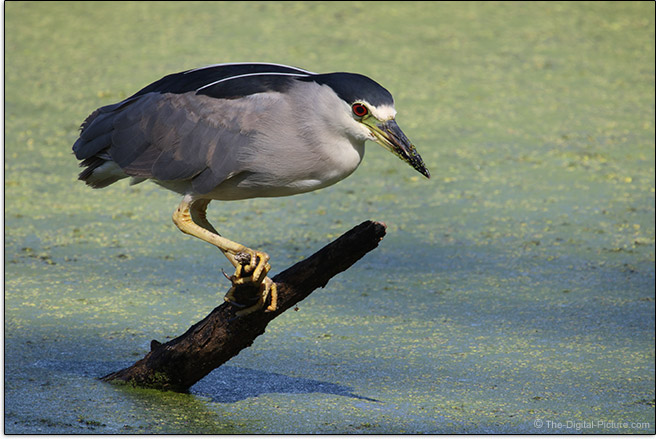 The difference in framing (angle of view) is quite noticeable. Again, the focal length increase is the only advantage provided by extenders. 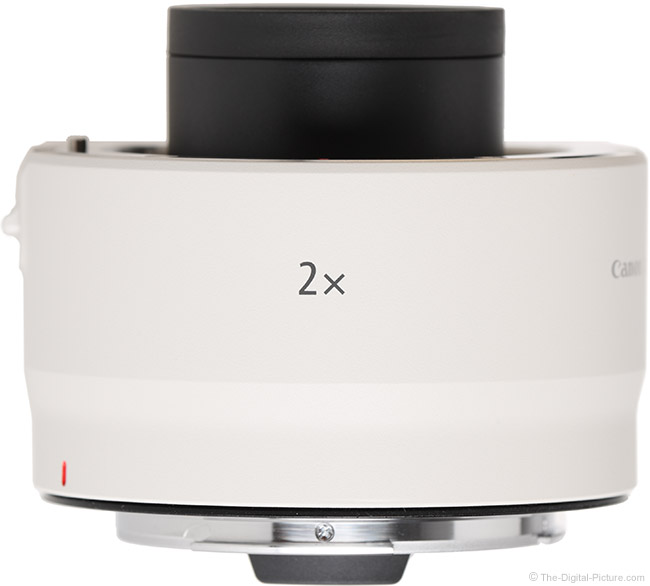 What are the disadvantages of a 2x extender?

The focal length increase numbers are immensely attractive, but there are costs to be paid for this 2x increase, and this list is a bit longer than the list of advantages.

I'll bullet the list for quick reading and then will discuss the points. Here is the list of extender disadvantages:

Helpful is that the optically best portion of the image circle (the central area) is being used by extenders, but universally true is that magnifying the image transmitted by a lens magnifies the aberrations and, along with the effect of nine additional lens elements for light to pass through, reduced image quality is expected. Decreased sharpness (resolution and contrast) is, historically, especially noticeable with a 2x mounted, and the RF 2x degradation is very noticeable. Look only at the difference in that comparison as the test apertures are also showing diffraction in the ultra-high resolution Canon EOS R5 test camera results.

Because extender-compatible lenses vary in their native optical capabilities, the suitability of the results captured with extenders differs significantly. Planned is for this site's Image Comparison Tool to have with-extender results for all extender-compatible Canon RF lenses. An optically excellent lens should be selected for evaluation of the optical performance of an extender, and I'll follow up on this review when these lenses become available.

For most of us, the disadvantage second only to the image quality degradation is the loss of 2 stops of maximum aperture. The aperture value (f-stop) is the ratio of the focal length to the diameter of the entrance pupil. Increase the focal length(s) without increasing the width of the entrance pupil, and the lens will have a narrower maximum aperture.

Autofocus performance can be reduced with an extender in use, but the with and without 2x difference is generally not big under good light conditions. Low light levels increase the autofocus challenge, and with the narrower aperture presented by the 2x extender, increased focus hunting in such conditions should be expected.

The mounted extender shifts the lens weight forward modestly for a slight change of balance. Zoom and focus rings also shift away from the camera body a modest distance.

Canon RF extenders are relatively expensive. Still, the cost of Canon extenders is considerably less than the cost of the lens required to gain the target focal length natively (if it exists).

Canon shares: "Designed to perform in extremes, the exterior is coated in the same white heat shield coating as used on the RF 100-500mm F4.5-7.1L IS USM and RF 70-200mm lens to prevent deterioration in performance in high temperatures." and "No compromise construction, designed for reliability and durability [snip] for use by professionals and high-end amateurs."

The Canon RF 2x Extender's high-quality construction includes weather sealing, extending the protection similarly-featured lenses have. The Canon extenders have a protective rubber surface around the front element to protect the extender and the lens from misalignment while mounting. 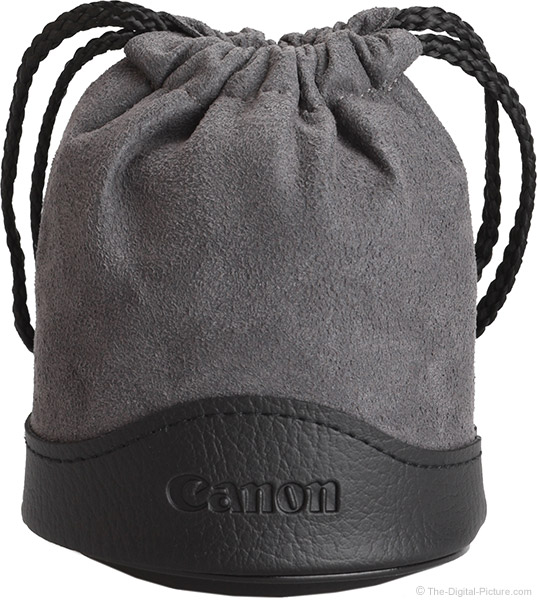 The RF 2x Extender comes with the Canon Lens Case LP811, a reasonable quality drawstring pouch that is only padded on the bottom.

As an "RF" lens, the Canon RF 2x extender is compatible with all Canon RF-mount cameras, the R-Series models as of review time. Only specified RF lenses are compatible, with notably the Canon RF 70-200mm F2.8 L IS USM Lens missing from the list. This lens was designed for ultimate compactness, and that design resulted in a lack of sufficient space behind the rear lens element. 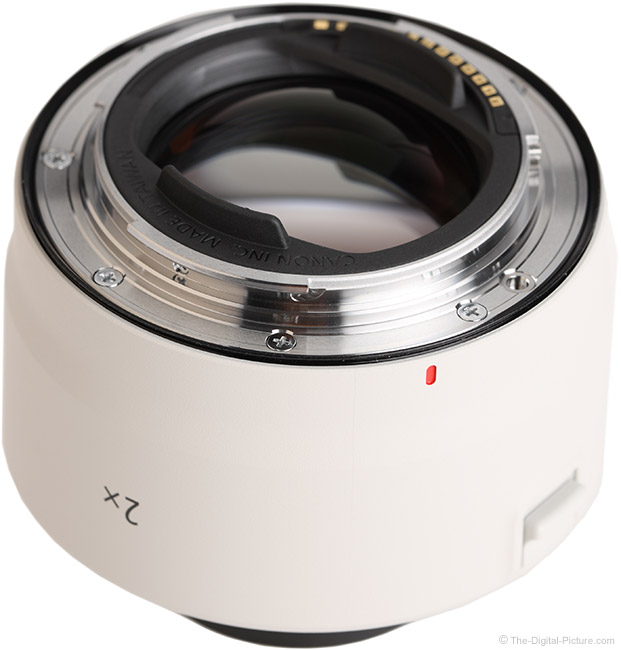 The Canon RF 2x extender used for this review was loaned from Canon USA. 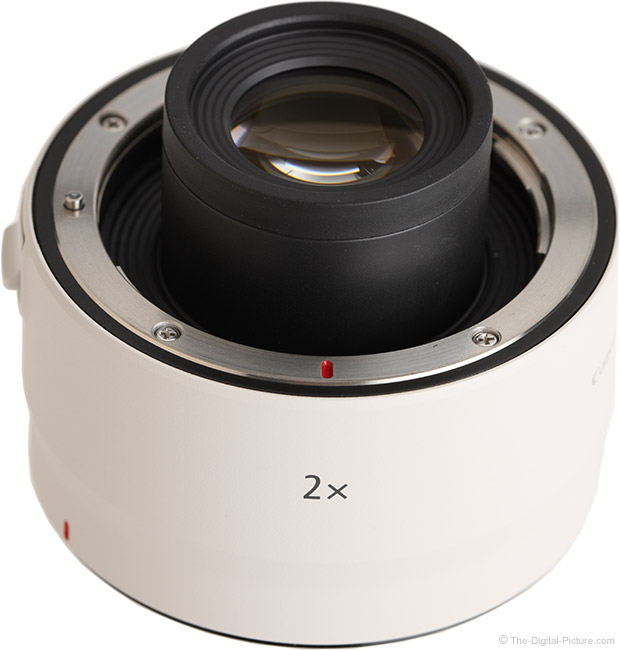 Buying an extender over a longer lens for financial reasons can make sense, especially as the very long focal length lenses are considerably more expensive than extenders. Using extenders to save space (vs. carrying a second, larger lens) when traveling or hiking can be a good decision. Utilizing an extender to reach a focal length that does not exist natively is a great idea.

While I readily recommend photographers add a Canon FE 1.4x extender to their kits, I'm more reserved about the 2x recommendation. The noticeable impact this extender has on image quality is the primary reason for that reservation. That said, when you can't get any closer and can't use a lens with a longer native focal length, using the 2x extender makes sense. I plan to own and use this one.

Sports and wildlife photographers often need longer focal lengths, and these are two of the groups most commonly utilizing extenders. Photojournalism, law enforcement, and many other types of photography can utilize extenders. I often use a 2x extender to photograph the sun (using a solar filter) and the moon.

Prefered is to use a lens with the desired focal length natively available, but sometimes the Canon FE 2x extender is precisely the accessory needed.

The Canon FE 2x extender is a small and light addition to your kit, a moderate hit on your wallet, and in terms of versatility and capability increase, it is worth having in the gear bag.