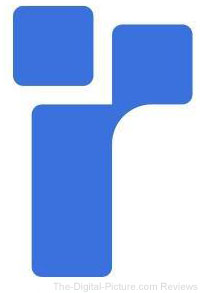 From Dave Etchells, Founder of ImagingResource.com:

I first had the idea for Imaging Resource almost 24 years ago, and I've been actively working on it for about 22 years now. I officially launched the site with the first handful of reviews in April of 1998, and it's been a spectacular run ever since. I'm proud that some of our first readers are still with us, and we've accumulated many more along the way. Personally, I've been blessed beyond measure by the site, my co-workers and the entire photo industry; it's one of the nicest industries in the world, with remarkable unstinting support, camaraderie and positive feelings all around.

Now though, nearly 22 years later, we're coming to an end of that road, although it's possible that the site and brand might continue, with a greatly trimmed-down staff. I hope that'll be possible, and there may be a few ways to make it happen, but it'll require committed support from both readers and manufacturers to bring it to pass. We would like to wish Dave great things in whatever endeavors he embarks upon next.