Should I Get the Canon EOS 5D Mark IV or the Sony a7R III?

With the release of the Sony a7R III, many may be wondering how Sony's latest high-resolution full-frame mirrorless camera stacks up against Canon's latest 5-series camera, the EOS 5D Mark IV, and which camera might suit their needs best. So, let's dig into the details and find out.

First, let's take a look at some differentiating specifications between the two cameras.


Looking at the specifications alone, the Sony a7R III appears to one-up the Canon EOS 5D Mark IV in almost every major spec category (differences in memory card formats aside). However, the specifications only tell a part of the story; other factors must be considered before deciding between these two cameras.

As indicated by the table above, the Sony a7R III is smaller and lighter than the Canon 5D Mark IV, traits that many will appreciate. But, there are drawbacks to the a7R III's smaller size and lighter weight. 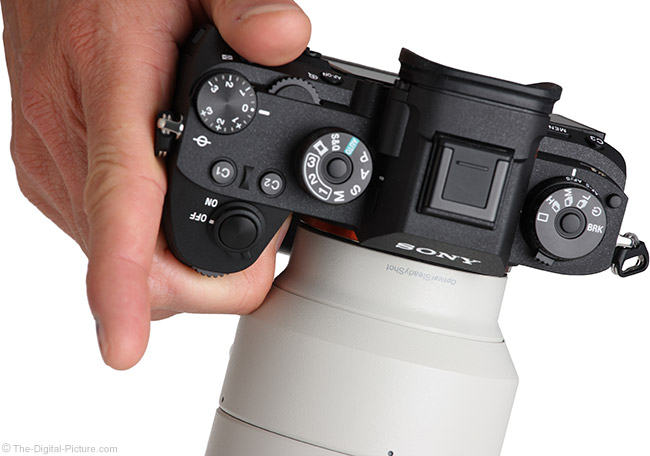 The Sony a7R III's smaller size and lighter weight will surely be appreciated by those who must hike significant distances to their desired photo locations. And for those shooting landscapes with a tripod, the comfort of a camera's grip may be a low priority. But for those shooting weddings, festivals or events – situations requiring that the camera be handheld for long periods of time – may appreciate the 5D Mark IV's more comfortable grip as well as its roughly 50% longer battery life.

Viewfinder implementations differ significantly between the Canon EOS 5D Mark IV and the Sony a7R III, where the Canon body offers a traditional optical viewfinder (with customizable overlays) and the Sony body features an electronic viewfinder. Each type of viewfinder has benefits and drawbacks compared to the other (such as an EVF's elimination of viewfinder blackout times), and Bryan shared his thoughts on the advantages/disadvantages of electronic/optical viewfinders in his article, "Comparing Electronic Viewfinders to Optical Viewfinders". Be sure to check out the preceding information to determine which of these systems you may prefer.

The Canon EOS 5D Mark IV and the Sony a7R III are solidly built and both are billed as "weather resistant" cameras. However, Canon has had significantly more time to refine their camera design for optimal protection from water and dust. We didn't test the thoroughly test the cameras' weather resistance, but we'd personally feel more confident shooting with the 5D Mark IV in adverse conditions.

Sony's mirrorless cameras' AF performance has dramatically improved over the last couple of years, resulting in the gap between mirrorless and traditional DSLR AF performance quickly diminishing. But while the Sony a7R III focuses faster in one shot mode compared to its predecessor, it still isn't as fast as the 5D Mark IV. That's because the a7R III must defocus in order to obtain focus, causing a noticeable delay even when little has changed in the scene between shutter clicks.

Having used Canon cameras for a number of years, we've grown acclimated to Canon's logical, easy to use menu system. Unfortunately, the Sony a7R III menu system seems needlessly complicated with 45 subtabs under the 5 main tabs. That Sony has included a customizable "My Menu" option has helped, allowing for quick access to your most-used menu items. Even so, we still greatly prefer the Canon menu system.

While both cameras allow for 4K recording at 30p, there are some distinct differences between the cameras' video features. First, the 5D Mark IV records 4K video in .MOV (Motion JPEG) format with a crop factor of 1.74x; the a7R III in XAVC S:MPEG-4 AVC/H.264 using the full senor width (no crop). This difference alone may be the deciding factor between the two cameras if wide angle, 4K video is a top priority for you. The Sony camera is also capable of recording Full HD (1080p) video at 120 fps, while the Canon DSLR tops out at 60 fps.

Video shooters will also love the Sony a7R III's built-in 5-axis stabilization, allowing for smoother video recording regardless of the lens that's attached, as well as its tilting LCD screen for odd-angle shooting. The a7R III also features S-LOG 3 and HLG (Hybrid Log Gamma) Picture Profiles, while Canon Log is only available as an add-on (more expensive) upgrade for the 5D mark IV.

Canon is widely recognized as having an excellent support system, including (not not limited to) Canon Professional Services, the division which specifically caters to those who make a living with their imaging gear. The support we have received from Canon USA and Canon Professional Services has over the years has been very good. Canon USA's Customer Service Technicians have been eager to help and knowledgeable when we have needed phone support, and our experience with Canon's repair department (in the few times we've needed a repair) has been equally satisfying.

On the other hand, Sony is still in the building process when it comes to customer support for their E-mount camera system. As such, they don't necessarily have a reputation for exemplary customer service [yet, though things seem to be getting better].

At the time of this comparison, the Sony a7R III's retail price is roughly $300.00 less expensive than the EOS 5D Mark IV, not counting instant rebates which can make the cameras much closer in price. But when considering the cost of the camera, it's also wise to think about the cost of the whole camera kit you may be considering.

Therefore, let's take a look at two comparable kits based on the two cameras.

Of course, MSRP values and the availability (and values) of instant rebates can change over time (possibly changing the advantage), but the above represents a current advantage of the Canon kit. Interesting is that the difference in weight between these two kits is only 9.6 oz (272 g), with the Canon kit being slightly heavier.

There's no doubt that you can use either of these cameras in a professional setting to create high quality images or video. If you primarily shoot video, though, the Sony a7R III's advanced video features will likely make it the best overall choice for your needs. And, if you aren't heavily invested in the Canon ecosystem already, choosing the a7R III may make a lot of sense.

However, if you already have a decent Canon camera kit and you're not primarily a video shooter, I'm not convinced that the Sony a7R III offers enough advantages over the 5D IV to justify the cost, time and energy of completely switching brands. In which case, the Canon 5D Mark IV would most likely be the better option.

Note: Because of the performance limitations experienced when using Canon lenses on Sony cameras (via adapters), we don't consider that to be a viable solution (yet) for most serious photographers.

So what are the differentiators that keep you from switching from one of these cameras to the other? Let us know in the comments.
Posted: 1/23/2018 8:52:26 AM CT   Posted By: Sean
Posted to: Canon News, Nikon News, Sony News    Categories: Camera Gear Comparisons, Camera Comparisons