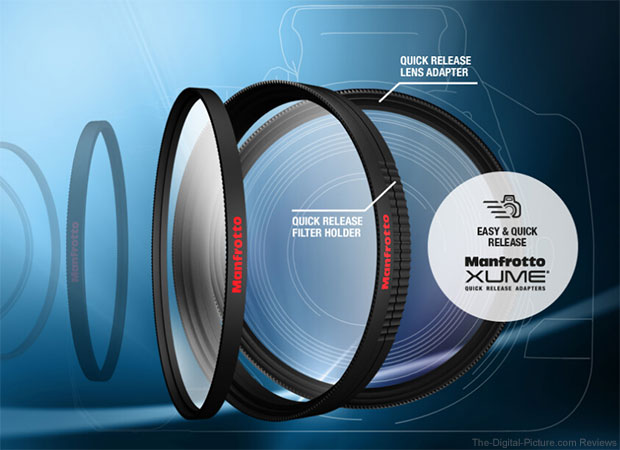 XUME Adapters, the magnetic quick release system for lens filters, was [seemingly] quietly acquired by Manfrotto in September of last year. When I contacted XUME to ask whether Manfrotto had taken over the brand or if it was simply a distribution partner, a spokesman (David) for the company said:

"XUME is a Manfrotto product as of September 2016. They haven't done a lot of press yet but will be doing an official re-launch soon."

So what will this acquisition mean for the XUME brand? If I had to guess, I'd say that XUME products may benefit from increased promotion and wider availability in the months to come. Though, only time will tell. [Sean]