What is this and how was it photographed & processed? 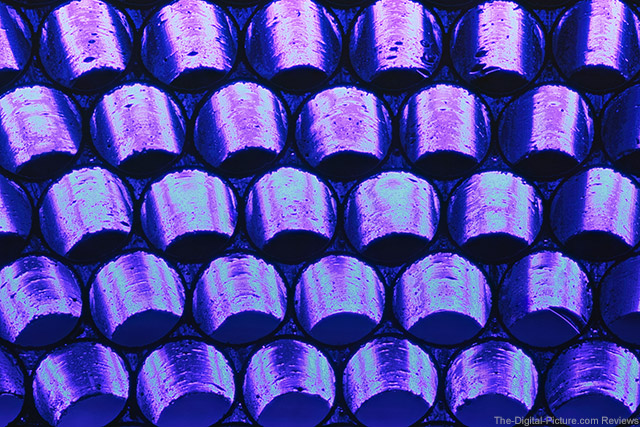 Let's have some fun this morning with a little guessing game. I photographed the item seen above yesterday in the studio. Here's what I want to know:

For those that frequent the site regularly, the first two answers may be relatively easy to guess. The third [rather vague] question may not be.

Provide your guesses in the comments. I'll post the answers at noon today. 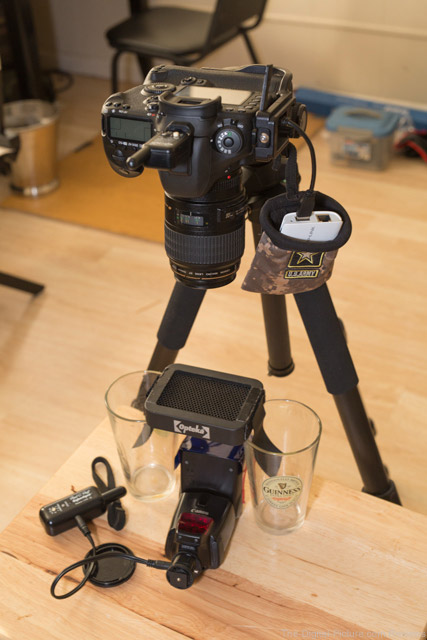 As many of you guessed, the item pictured was indeed a Speedlite flash grid. It was lit using a single, radio triggered Canon 580EX modified with a blue gel. The light was positioned below the grid, but I had to create some distance between the light and the grid so that there would be even illumination across the grid's surface (that's where the glasses come in). I also used a 1-stop ND gel beneath the blue gel to knock down the flash's power even more.

I sharpened the image and brightened the upper half in Photoshop CC.