What Can You Do with a Public Domain Image? The Wheels are Turning... 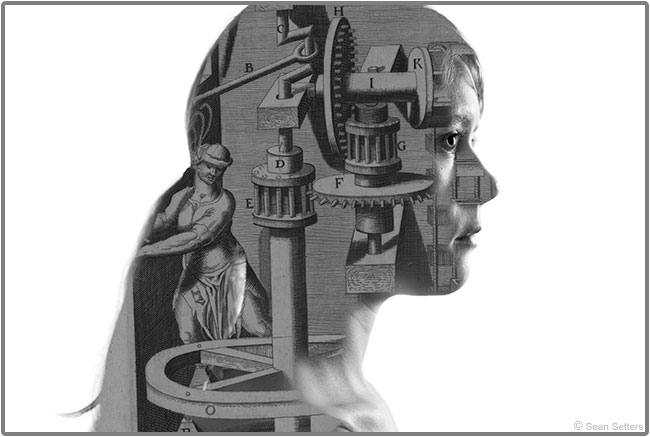 As I was creating yesterday's post about the New York Public Library releasing 180,000 images into the public domain, I began thinking of ways in which the wide range of images could be used.

With a primary interest in portraiture, the first idea that came to my mind was incorporating one of the public domain images in a portrait simulating a multiple exposure. With that in mind, I picked up my 5D Mark III and favorite portrait lens – the 85L II – and captured a profile of Amanda lit with a 580EX flash diffused by a small soft box positioned in front of (and slightly behind) her and another flash pointed at the background. This left me with a significant portion of Amanda's profile in shadow, meaning that I could use a public domain image set to a Lighten blending mode in Photoshop CC to easily blend the two images.

After cleaning up the background (making sure it was completely white) and a few adjustments (including a Black and White adjustment layer), the base image looked like this: 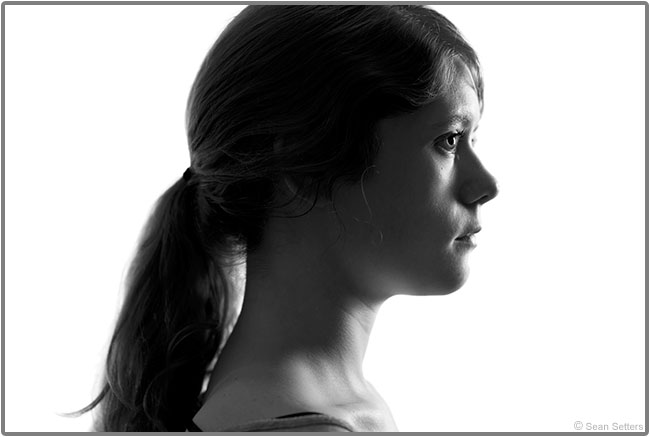 For the overlay, I settled on an image in the public domain library that seemed to indicate that the wheels were turning in the subject's head. I thought this overlay image would work well because with the subject's eyes looking to the right, she looks as if she's thinking about something. 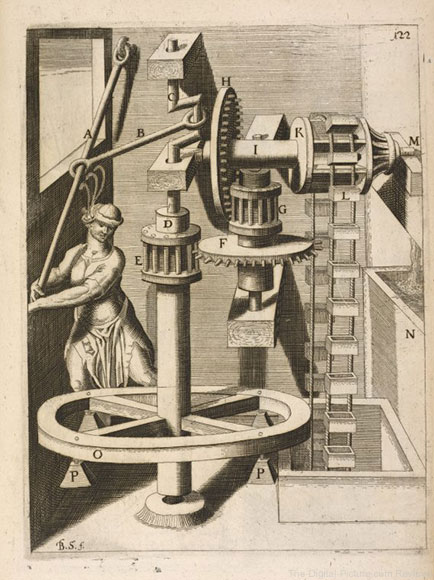 I adjusted the brightness and contrast of the overlay layer in order to obtain an optimal balance with the base portrait (a matter of taste, of course) and placed the overlay below the same Black and White adjustment layer so that the adjustment applied to both images. The final composite can be seen above and the full resolution image can be found on my Flickr photostream.