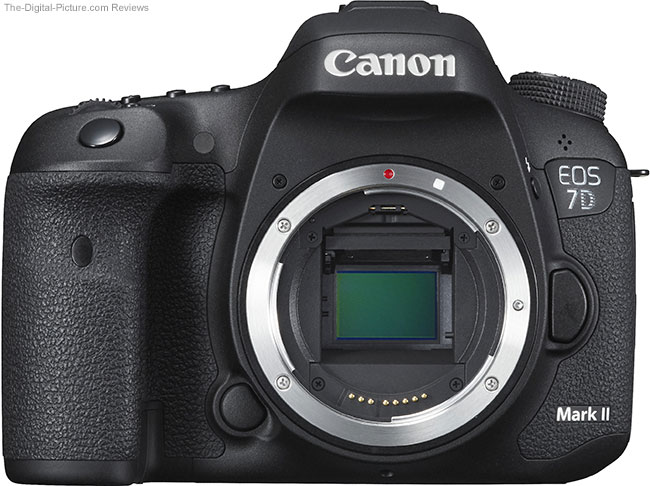 I completed the frame rate testing for the Canon EOS 7D Mark II review and thought I'd share a little of what I learned, and perhaps bring a smile to your face.

To test the Canon EOS 7D Mark II's 10 fps drive mode and 31 RAW file buffer specs, I configured the camera to use ISO 100, a 1/8000 shutter speed (no waiting for the shutter operation), a wide open aperture (no time lost due to aperture blades closing) and manual focus was selected. The lens cap remained on (insuring a black file) and a freshly-formatted fast memory card was loaded.

Put a Lexar 64GB Professional 1066x UDMA 7 Compact Flash Card (Max. Read/Write Speed: 160/155 MB/s) in the slot and the 7D II captured between 46 and 49 frames in 4.7 seconds (or less) to again match the rated speed but far exceed the rated buffer depth. With this Lexar card installed, two additional frames were captured .1 second apart every .2 seconds for a post-buffer-filled performance of 14 frames in 2.27 seconds or about 5.7 fps. This rate is faster than some cameras shoot with an empty buffer and I'm guessing that this rate continues until the card is filled.

A fast memory card definitely makes a difference with this camera. Note that there are faster SD cards available than the Sony I tested with and that I'm not saying that CF cards are faster than SD cards in general, but the speed of the card does matter.

For your listening pleasure (should make you smile):

Note that, by request, I have added results from the Canon EOS-1D IV to the 7D Mark II noise comparison that was posted yesterday.