B&H will be closed for holidays much of the next two weeks. Place your order today to insure timely delivery.

B&H is accepting preorders for the just-announced Nikon gear:

Nikon is celebrating the production of the 55 millionth NIKKOR lens (press release).

Canon has today announced a pair of high end PowerShot models. Get the details in the Canon USA PowerShot G12 and SX30 IS Press Release.

PhaseOne has released Capture One 5.2.

You can learn more about the new release at: http://www.phaseone.com/5.

B&H has added a new HDSLR Guide to their site: For some reason, Facebook's news feed feature has not been working. Thanks to TwitterFeed, the news and what's new posts should now show on the site's Facebook page.

The Sigma 85mm f/1.4 EX DG HSM Lens (in F and Canon mounts) is scheduled to start shipping at the end of this month.

Get it at B&H or Adorama.

While not available for download yet, Canon Digital Photo Pro Version 3.9.0 is shipping in the box with the new Canon cameras.

Thanks to "neuroanatomist" in the forums for this post - see the screenshot he provided.

In the review, I highlighted an exposure problem I was having with this lens. I'm letting you know that Zeiss replaced the faulty lens with a new one - and the new one works fine.

I was testing a Canon EF 600mm f/4 IS USM Super Telephoto Lens on a Canon EOS-1Ds Mark III Camera body for a new lens comparison tool (coming to the site in the near future). After completing a short test procedure, I removed the 600mm lens from the body - only to be greeted with a very-dishearteningly-noticeable amount of smoke.

I obviously had the 600mm lens framed too close to the sun for too long of a period of time - which I'm guessing was a minute or so. Here is a look at the blistered plastic in the 1Ds III. 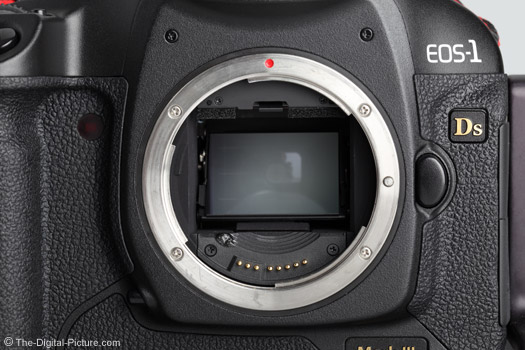 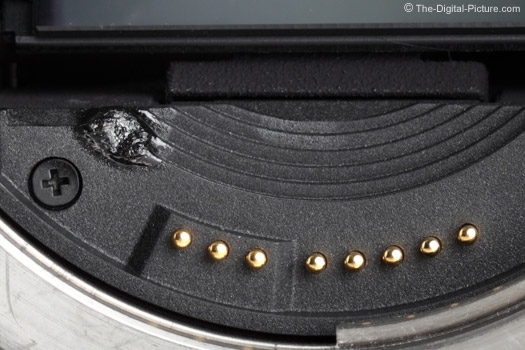 Imagine taking an $8k lens off of a $6k camera and seeing a plume of very-black smoke come out. Wish I had video'd that! The good news is that the camera is fine - just cosmetic damage was done.

Details of the camera can be found in the Canon UK IXUS 1000 HS Digital Compact Camera Press Release. (thanks David)

The Compact Prime CP.2 lenses’ inter- changeable mount means the lenses can be used for many purposes. The lenses have a compact and robust build so that they can handle any demand on the film set.

“With the new enhancement of mounts we want to meet the needs of our customers”, says Michael Schiehlen, Head of Sales of Carl Zeiss AG Camera Lens Division. “The possibility of using our CP.2 lenses flexibly for three different camera systems is not only interesting for new customers. Stores that rent cameras and camera equipment also benefit from the lenses’ enhanced flexibility.”

Just in time for the IBC in Amsterdam, Carl Zeiss has announced two new focus lengths that will also be available with F-mount: Compact Prime CP.2 50 mm/T2.1 Makro and CP.2 100mm/T2.1 CF. They complement the seven focal lengths from 18 to 85 millimeters that are already available.