Teac Corporation is proud to announce the development of the Tascam CA-XLR2d professional XLR microphone adapter for mirrorless cameras. This product is targeted for worldwide release by the end of 2021.

The CA-XLR2d lineup is a collaboration between TEAC Corporation working independently with Canon Inc., Fujifilm Corporation and Nikon Corporation. The strategy is to combine the leading camera manufacturers know-how, and the high quality audio capturing technology from Tascam.

The video and movie streaming market has been quickly expanding, and it is widely known that audio quality is one of the essential elements to influence viewers engagement. Because of this, the number of video creators and producers who are exploring better audio quality as well as better image quality has been increasing. Since mirrorless cameras typically used for high-quality video shooting do not accommodate an XLR input for professional microphones or a high-quality preamplifier, there are very limited options to upgrade your audio quality within the capability of the camera itself. Currently, when you need high-quality XLR microphones to capture professional audio, a digital audio recorder is required to capture audio separately from the camera. However, extra time is needed to synchronize your audio and video manually when editing.

To solve this issue, the CA-XLR2d was designed as an XLR input expansion adapter for mirrorless cameras that enables filmmakers and videographers to capture high quality audio directly into cameras. The result is the audio from the XLR input is directly recorded into the camera along with the video. Filmmakers and videographers no longer need extra time to synchronize audio and movie when editing. What is more remarkable is with a digitized accessory shoe from Canon and hot shoe from Fujifilm, the built-in high-performance AD converter will enable filmmakers to transfer crystal clear digitized audio directly into cameras without any audio degradation.

CA-XLR2d is the perfect solution to meet the needs from professional users who demand the best audio quality to amateur users who are discovering a higher level of audio quality as part of video content.

Thanks to co-design and evaluation of a digital hot shoe connection with Canon, compliant with their multi-function shoe, digital audio transmission directly into the camera and bus power supply from the camera is available for a cable-free system with high mobility. In addition, the CA-XLR2d is also planned to be compatible with the multi-function shoe of the Canon XF605 Professional Camcorder. This combination will provide a maximum of four XLR input channels in addition to the built-in two XLR channels on the camcorder.

With the included 2 x AA battery box and cold shoe mount adapter, CA-XLR2d also works with existing cameras which don’t have the multi-function hot shoe by connecting an analog audio cable between CA-XLR2d’s analog out and camera’s mic-in. 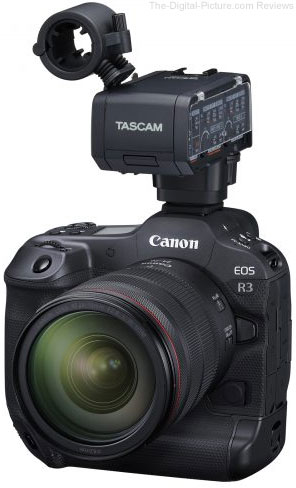 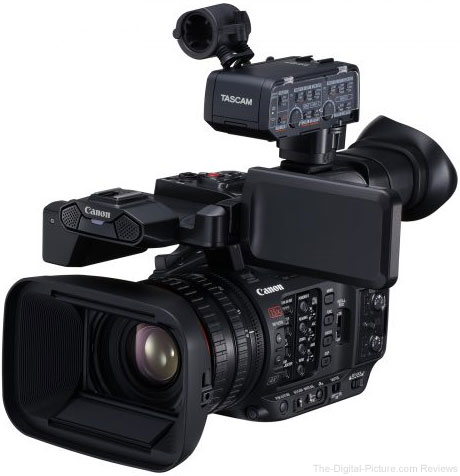 With the included 2 x AA battery box and cold shoe mount adapter, CA-XLR2d also works with existing cameras which don’t have the digital hot shoe by connecting an analog audio cable between CA-XLR2d’s analog out and camera’s mic-in. 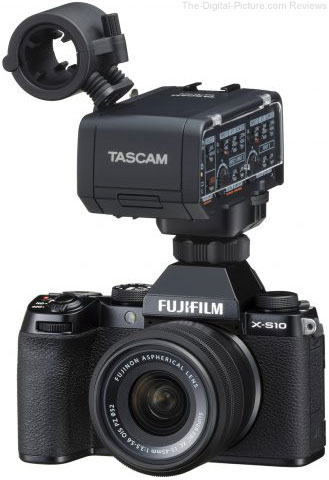 Thanks to the collaboration of creating an analog interface kit by Nikon, using the included 2 x AA battery box and cold shoe mount adapter works by connecting an analog audio cable between CA-XLR2d’s analog out and Camera’s mic in. CA-XLR2d will work as an analog audio adapter to deliver high-quality audio to a wider range of camera users. 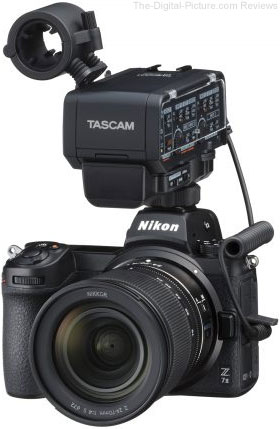 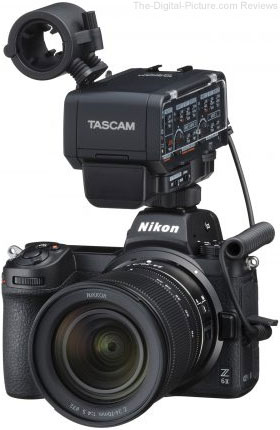 
The new DR-X Series now adds a new model, the powerful yet affordable DR-07X, designed to deliver professional performance for musicians and voiceover artists. With its dual integrated scalable unidirectional A/B or X/Y configurable mics and crystal clear sound, the DR-07X is great for music recording, spoken word, and more.

Incorporating all of the DR-07X's features minus the scalable microphones, the DR-05X is equipped with a pair of omnidirectional condenser mics, making it the ideal tool for recording music, meetings, dictation, and more.


The DR-X Series also taps into TASCAM's decades of innovation in computer-based recording, incorporating a studio-quality 2 in/2 out USB audio interface that makes all DR-X Series recorders a perfect fit for live streaming, podcasting, and digital audio workstations.

Other features in the DR-X Series include a new powerful bright white backlit display that's easy to see even in the brightest sunlight, as well as Dictation Mode, which enables the user to instantly jump back audio playback in preselected increments including speed control and a special dictation EQ, and Overwrite Mode, which allows users to select a precise Record drop-in time for replacement recording with one level of undo. The DR-X Series' Auto-Recording function can be set to begin recording when a sound is detected, and its Pre-Recording function delivers fail-safe recordings with up to 2 seconds of pre-record time.

B&H has the following available for preorder: