July 06, 2016 04:18 PM ET – WASHINGTON – Nat Geo WILD inspires people to let the wild in every day. The network is dedicated to creating content for animal lovers everywhere to enjoy, whether it’s on TV, in magazines, or in books. Now, Nat Geo WILD is bringing the wild online with the launch of its first-ever digital series, wild_life With Bertie Gregory, premiering Wednesday, Aug. 3, on the network’s YouTube Channel, as well as on NationalGeographic.com.

Join 22-year-old wildlife filmmaker Bertie Gregory (@bertiegregory) as he journeys to the west coast of Vancouver Island in search of the elusive coastal wolves, a species that inhabits one of the last places on the planet where a wild forest meets a wild ocean.

For a sneak peek of the series, click here.

“This series is as much about the adventure to get the shot as it is about the shot itself,” said Gregory. “I’m taking viewers into the wild and getting up close and personal with Canada’s sexiest coastal predators. The camera is always rolling. It’s raw. It’s real. It’s intimate. And I’m excited to be a part of Nat Geo WILD’s first venture into the digital space.”

Over the course of 16 episodes, Gregory finds that tracking down these wolves proves to be harder than expected … but he’s not giving up. He also attempts to get face to face with some of the other charismatic species that live along this pristine coastline. Each episode features Gregory’s encounters with epic animals, including humpback whales, bald eagles and black bears. He occasionally gets closer than anticipated, as he must untangle himself from a few sticky situations, like ending up with his head in the jaws of a playful 2,000-pound sea lion.

“We are thrilled to extend the WILD brand beyond television to reach our audiences wherever they are,” said Geoff Daniels, executive vice president and general manager, Nat Geo WILD. “Bertie is a great ambassador for us, and his adventures in this new series will be celebrated across National Geographic’s many platforms, including SnapChat, Instagram, Facebook, Twitter, Nat Geo LIVE! and more.” 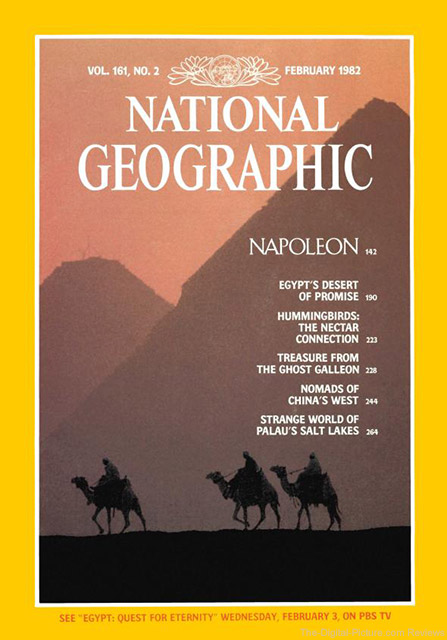 National Geographic’s top editors explain how to keep photography honest in the era of Photoshop—and why they’ll never move the pyramids again.

In the digital age, when it’s easy to manipulate a photo, it’s harder than ever to ensure that the images we publish, whether on paper or on a screen, reflect the reality of what a photographer saw through his or her viewfinder. At National Geographic, where visual storytelling is part of our DNA, making sure you see real images is just as important as making sure you read true words.

I’ll explain how we strive to keep covertly manipulated images out of our publications—but first an admission about a time when we didn’t. Longtime readers may remember.Check out the entire article on the National Geographic website.

With a touch of finesse and fashionable details we are offering 5 redesigned best sellers from the original collection and 6 new exciting styles. The key to this redesign can be found in the details. Small touches emphasize the National Geographic brand with functional improvements added to original line favorites. The overall style, a classic cotton camera bag that can also be used for everyday use, remains with all models. Later in 2012, we will see the refresh of this line complete with new versions of most of the original Earth Explorer models available.