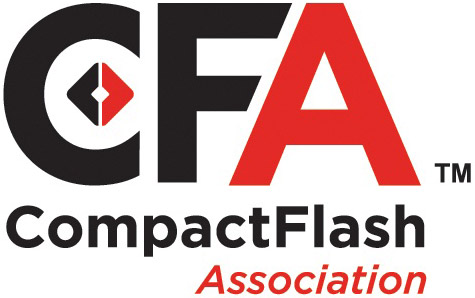 CFA has developed high-performance removable cards standards for the last 21 years with the popular CompactFlash, CFast, and XQD formats. The CompactFlash Association was formed in 1995 as the initial digital film format and continues to serve professional imaging and industrial markets where high performance and high-quality recording media is essential for high-speed capture and high-speed transfer into the workflow.

CFexpress is the next evolution in an open standard format for a broader set of applications, such as professional imaging, personal computing, servers, IoT and industrial. CFexpress differs from prior CFA standards in that CFexpress is a specification spanning multiple form factors and performance levels to match various market requirements while maintaining the same electrical/physical interface and memory/storage protocol. The new CFexpress specification is under development within the CFA CFexpress Working Group.

CFA’s goals for the CFexpress family are:

CFexpress leverages the PCIE physical interface for higher performance based on the high-volume compute industry. PCIE CFA’s objective is to specify multiple removable storage devices that spans from two lanes architecture all the way up to eight lanes. With the current PCIE Gen 3 delivering maximum theoretical interface speeds of 1.0GB/sec per lane, CFexpress would enable theoretical sequential speed of up to 8GB/s.

CFexpress also utilizes the low latency NVM Express memory/storage protocol across all of the form factors. This enables compatibility with a broader set of ecosystem components, such as controllers, OS, capture devices and workflow modules. In imaging, compute and industrial applications, the use of PCIE /NVM Express enables access to wide range of open standard platforms consisting of mature and proven drivers. In addition, the new CFexpress format also enable easy compatibility with the Thunderbolt interface which is also based on PCIE. Actual CFexpress products will vary in performance based on market requirements and protocol overheads.

Mr. Tom Ando of Canon and CFA Co-Chairman of the board said; “As the Co-Chairman of the CompactFlash Association I am pleased and excited to introduce CFexpress as CFA’s continues the tradition of performance leadership. The higher performance provided by CFexpress formats will further increase the capabilities and value for photographers, videographers, cinematographers, industrial, and compute applications. I am very pleased and proud to see the CFA creating standards that address new market requirements.”

Host and card manufacturers will be able to leverage the compute industry’s investment in PCIE and NVM Express. Media manufacturers will be able to leverage high volume solid state disk (SSD) controller technology to serve the high performance requirements of this market. The new format will have VPG (Video Performance Guarantee) capability with new VPG profiles at every increases performance levels. CFA’s goal for CFexpress is the development of a standard that can span many market segments and provide a stable and consistent format to fully leverage the industry’s R&D investments and less churn in the market of standardized and proprietary recording media formats.

Mr. Koichiro Kawamura of Nikon and CFA Co-Chairman of the board said; “As the Co-Chairman of the CompactFlash Association I am also pleased and excited to introduce CFexpress. The specification is a family of form factors that can serve many market segments with a unified physical interface and unified memory/storage protocol. We are excited with the vision that CFexpress will unify the imaging and industrial ecosystems around formats that are easily compatible with the computing markets. CFexpress represents a unique opportunity to unify the market around truly open standard formats.”

CFast1.1 (SATA-2) cards and connectors are already available in the marketplace. CFast 2.0 will leverage the same connector interface as CFast 1.1 and the SATA-3 interface for higher performance. Host manufacturers will be able to leverage their experience and investment in the ATA storage protocol and media manufacturers will be able to leverage high volume solid state disk (SSD) controller technology to serve the high performance requirements of this market. The new format will have VPG (Video Performance Guarantee) capability with profiles capable of supporting digital intermediate formats such as ProResTM, DPXTM, and DNxHD TM.

The key features of the CFast 2.0 format will include:

“The CFast 2.0 format will enable hardware and imaging applications to leverage their ATA storage protocol investments. The Video Performance Guarantee Features of CFast 2.0 will widen its appeal to the requirements of higher end video applications,” said Mr. Shigeto Kanda of Canon, chairman of the board, CFA.

If you would like to participate in developing the CFast 2.0 specfication, please contact the CFA office to inquire about membership and/or joining the CFast Workgroup or the CFA website http://www.compactflash.org. CFA is targeting for the CFast2.0 specification to be available in the second half of 2012. 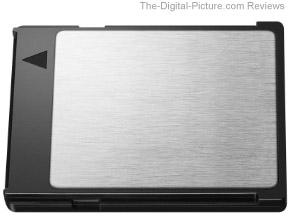 “The XQD format will enable further evolution of hardware and imaging applications, and widen the memory card options available to CompactFlash users such as professional photographers”.

The CFA has adopted a new card specification with exciting performance and storage capabilities.

The key features of the XQD format include:

To distinguish the new memory card format, an XQD compatibility mark has been created.

“The XQD format will enable further evolution of hardware and imaging applications, and widen the memory card options available to CompactFlash users such as professional photographers,” said Mr. Shigeto Kanda of Canon, chairman of the board, CFA.

XQD cards will be shown at the CompactFlash Association booth at CP+ 2012, February 9-12 in Yokohama, Japan.

Licensing for CFA members will start in early 2012. Please contact the CompactFlash office for more information.