Canon May Be Planning U.S. Release of EOS M2 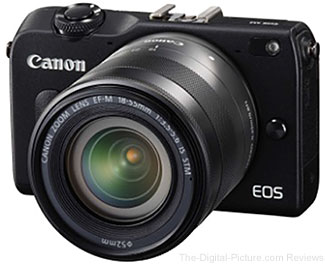 Imaging-Resource recently interviewed Go Tokura, Canon's Group Executive for Image Communications / Products Operations. Mr. Tokura was asked directly, "Will we eventually see the M2 in the U.S., or will you wait until the next generation?"

Mr. Tokura replied (via translator), "There are plans for the M2 to arrive in the U.S. However, having said that, I should make clear that that's the decision that is led by the sales groups in each division, so they are the ones who are holding the decision-making responsibility on that."

This news would contradict initial reports that the EOS M2 would only be released in Asian markets.

For more information, check out the rest of the interview on the Imaging-Resource.