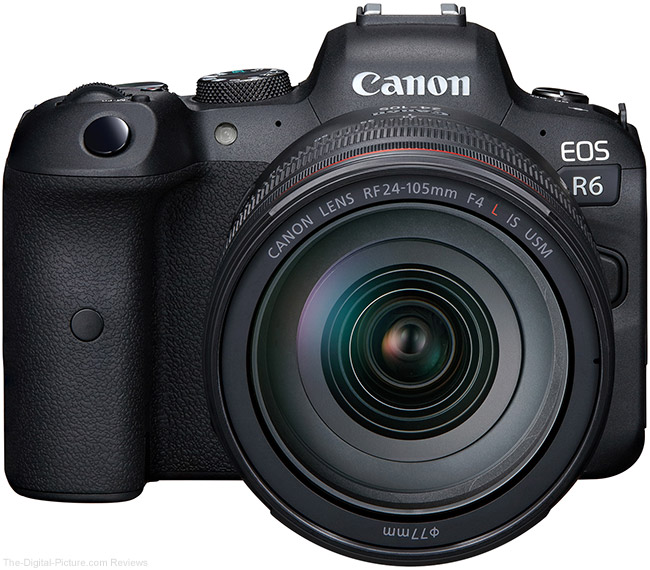 When photographing fast action while counting on the camera's frame rate to capture the perfect point in time, the buffer depth must be adequate to cover the period during which the potential best image could happen. Therefore, buffer capacity matters.

To obtain the best-available buffer capabilities, the EOS R5 and R6 were configured to manual mode (no AE time lag) using ISO 100, a 1/8000 shutter speed (no waiting for the shutter operation), a wide open aperture (no time lost due to aperture blades closing), and manual focus (no focus lock delay). The lens cap remained on (insuring a black image with the smallest file size), the battery was near full charge, and freshly-formatted fast memory cards were used.

Here are the results for the R5:

Even at 20 fps, the R5 can capture an impressive over 7 seconds of action when using the CFexpress card, and the 5.5 seconds of 20 fps capture with an SD card is still very good. The penalty for recording to two cards simultaneously is minor at 20 fps, but more significant when capturing at 12 fps. That said, the need to record at 12 fps for longer than the 9 seconds provided by the SD card is reaching a niche level.

Here are the results for the R6:

Yes, ADHD kicked in after capturing a crazy-high 1,900 images in the 12 fps R6 test. The camera would likely continue at that frame rate until the cards were filled, achieving a number of images adequate for everyone. Even at 20 fps, the R6 can capture 9 seconds of action when using this SD card. The penalty for recording to two cards simultaneously at 20 fps is minor.

The numbers in the table above are excellent, adequate for most professional purposes. Switch to CRAW, JPG, or HEIF image formats, and the numbers go far higher (if possible).

Speed matters when selecting a memory card, and a memory card upgrade can be a low cost method of improving camera performance. These buffer capacities should be considered best-possible for the referenced cards, and your in-the-field results will likely vary.

The R5 and R6 clear the buffer quickly, and memory cards format almost instantly, both important aspects for camera selection.