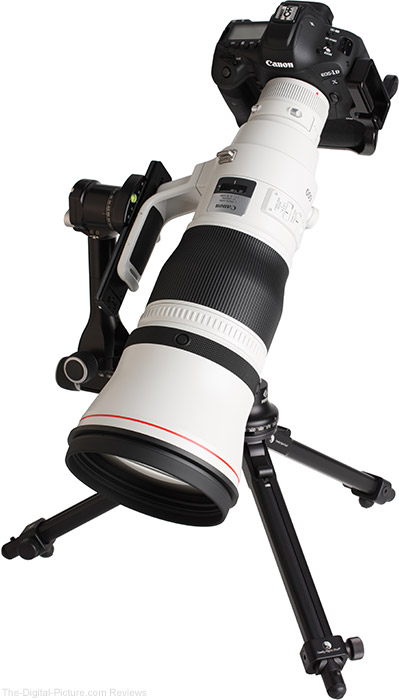 A couple of months ago, I helped a friend source a Canon EF 600mm f/4L IS III USM Lens. Oddly, a day or two later he found that his order had been canceled. Another day later, the retailer contacted him with an explaination for canceling his order. While packing the lens for shipping, they heard a rattle inside the box, determined that the lens was damaged, and instead of risking a damaged lens being sent to a customer, they returned the lens to Canon.

After a brief conversation with my contacts at Canon USA, it was expected that the image stabilization unit not being parked was the source of the rattle sound. It was not thought that the unparked state was a damage risk to the lens and it was thought that mounting the lens on a camera would resolve the problem.

I just took delivery of a new 600mm f/4L IS III lens and upon removing the lens from the packaging, an obvious rattle could be heard. It sounded like this:

After the lens was mounted to a camera, the power cycled (parking the IS unit), and the lens removed, the sound was dramatically diminished.

So, the expected cause of the rattle proved to be correct and you probably need not worry about the rattle your new super telephoto lens makes.

The hard-to-get Canon EF 600mm f/4L IS III USM Lens is available for order at B&H ("More on the Way" — coming soon) (save the tax, use the B&H Payboo card), on backorder at Adorama, "Temporarily out of stock" at Amazon, and available for preorder at WEX.