What do the Numbers and Symbols on SD, SDHC and SDXC Memory Cards mean? 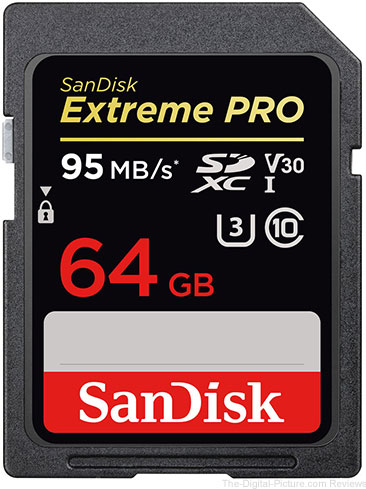 If you have ever been shopping for SD memory cards, you likely noticed a lot of different numbers of symbols on the cards' labels. Although seemingly cryptic, those numbers and symbols reveal important information about a card's performance, and whether or not that memory card is right for your intended use. So let's take a closer look at a typical SD card's label to see what information is available.

In 1999, SanDisk, Panasonic and Toshiba jointly introduced the Secure Digital memory card format (later referred to as Secure Digital Standard Capacity, or SDSC) in an attempt to improve upon the existing MultiMediaCard (MMC). The following year, those same companies formed the SD Card Association to develop SD standards and promote the new memory card format. In 2006, the SD Card Association outlined the SDHC (Secure Digital High Capacity) format in the second version of its SD specifications with support for memory cards up to 32 GB and speeds up to 25 MB/s. Later, the development of Ultra High Speed bus systems would increase the speeds available for SDHC memory cards. Three years later, the SDXC (Secure Digital eXtended Capacity) format was introduced supporting capacities of 2 TB and speeds of 104 MB/s with the addition of the UHS-I (Ultra High Speed) bus standard. When UHS-II was introduced in 2011, speeds up to 312 MB/s became possible. In 2018, The SD Card Association developed the SDUC (Secure Digital Ultra Capacity) format with support for 128 TB and speeds up to 985 MB/s.

The max read speed indicates how fast the data from the memory card can be read under ideal circumstances. On some cards, an x-rating value is displayed. The x-rating is based on the original data transfer speed of CD-ROMs (150 KB/s). Because there may be a significant discrepancy between read speeds and write speeds, max read speeds (and x-ratings) are not truly indicative of the kind of performance you can expect from a memory card when used in your camera (where write speeds are significantly more important). Note that some manufacturers list separate max Read/Write data specs to clarify their card's performance, and the SD Association's introduction of Speed Classes (and Video Speed Classes) also help to clarify SD memory cards' performance (more on that later).

UHS-I and UHS-II cards (more on these later) may list a UHS class rating to designate the minimum write performance for the card, with U1 indicating 10 MB/s and U3 indicating 30 MB/s or more.

Listed big and bold, and probably what most consumers pay the most attention to, is the memory card's capacity. Of course, a larger capacity means more images/videos can be saved before running out of room.

In order to cater to the needs of videographers, the SD Association created a Video Class Speed to designate the minimum sequential writing speed of the card. The number following the "V" indicates the minimum number of MB/s the card is capable of sequentially writing. In the example above, the card is minimally capable of writing 30 MBs of data to the card every second.

An SD memory card's UHS (Ultra High Speed) rating indicates the maximum amount of data that can physically move into and out of the card. Along with the SDXC standard released in the SD Association's v.3.01 specification standards (2009), the UHS-I standard was also introduced. UHS-II and UHS-III soon followed allowing for even greater bus speeds, but these technologies required a second row of pins to be added to memory cards. The latest UHS bus iteration is dubbed "UHS Express" and has a theoretical limit of 985 MB/s.

Speed Classes 2, 4 and 6 support write speeds to a fragmented card of 2, 4 and 6 MB/s respectively. Class 10 cards, on the other hand, support a minimum of 10 MB/s sequential writing to a non fragmented card in addition to utilizing a high speed bus mode. As you can see, there's a lot of room for a Class 10 memory card to exceed the minimum spec, which is probably why the other class ratings (such as UHS/Video) were implemented.

Which memory card should I get for my camera?

In short, the memory card that has a sufficient capacity, the performance necessary to meet your most data-hungry needs and falls within your budget range. Keep in mind that SD memory cards are backward compatible; even if a memory card maxes out the capabilities of your camera to record data to it, you may find the extra performance useful when a) transferring images or video to other devices via a card reader or b) when your next camera offers features such as higher resolution images and/or video.