Why RAID Drive Protection is Not an Adequate Backup Strategy 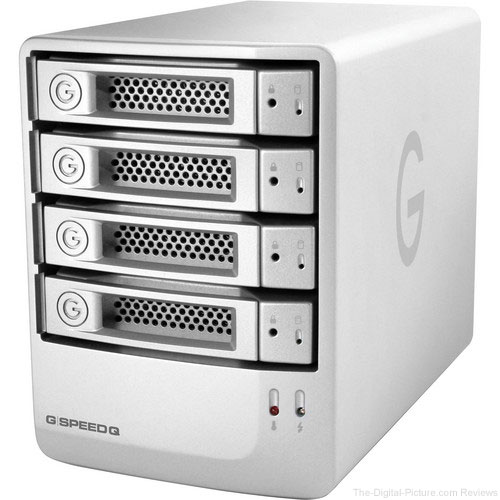 RAID is the acronym for Redundant Array of Independent Disks. A RAID 1, RAID 5 or RAID 6 disk array, using two or more disk drives storing enough redundant information to permit continued operation through at least a single drive failure and subsequent rebuilding of a replacement drive, is a great image file and video storage option and I highly recommend implementing it. But, a RAID array featuring mirrored drives (RAID 1) or a parity drive (RAID 5) is not, alone, enough protection. Here are some reasons why:

Your RAID array must be backed up frequently and at least one current backup must be stored securely off-site. Look at what you have at stake (your entire image collection?) and implement a backup strategy that adequately protects those assets.

What are the backup options for a RAID array?

There are online/internet backup options available for those fortunate enough to have adequate internet connection bandwidth, but if relying solely on an online service for your backup needs, you must have a great deal of trust in the company you are purchasing this service from. These companies can vanish at the throw of a switch. Also, make sure that some form of file archive access is provided to protect against inadvertent file deletions, etc. from being replicated to the service.
Posted: 5/5/2017 6:45:00 AM CT   Posted By: Bryan
Posted to: Canon News, Sony News    Category: Image Backup