Sometimes It Is All about the Blur 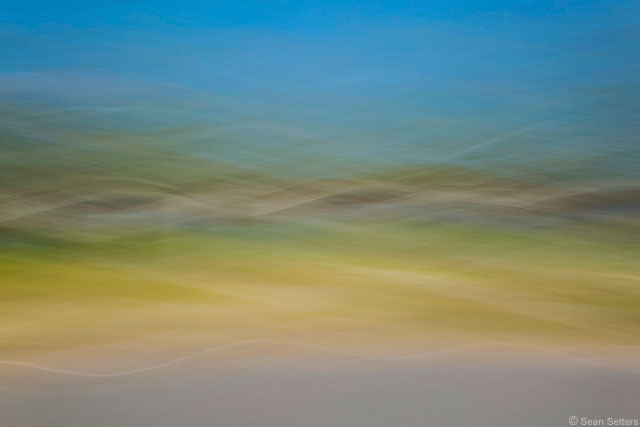 While a sharp image is often most desireable, sometimes increased sharpness is counterproductive to achieveing specific photographic goals. For instance, lately I've been intrigued by slow shutter speeds and the motion blur recorded as a result of their use. Specifically, I've recently been using the RigWheels RigMount X4 Magnetic Camera Platform for automotive photography.

While I'm finding the camera platform to be an exciting tool to have in my kit, its not necessarily an inexpensive piece of gear and its uses outside of automotive photography are somewhat limited. But using the RigMount X4 got me thinking about other ways of capturing motion and the world of artistic possibilites at our fingertips, especially if nothing in the frame remains sharp as a result of one's chosen exposure variables.

With that in mind, I recently made set out with my camera in hand with a goal of creating a totally motion blurred image that looked more like "art" and less like "a mistake." With the goal of few (if any) details being discernable, I didn't have to go far to find a suitable location. The scene I chose was the normally-not-very-photogenic view seen across the street from my home. After about 20 attempts (using various panning/rotating techniques), I had a motion blurred image that intrigued me enough to post-process (seen above).

To capture the image, I used a Canon EOS 5D Mark III and EF 17-40mm f/4L USM (with a 4-stop ND filter) with the following settings: 40mm, f/6.3, 2 sec, ISO 200. I held the camera level to the ground and panned from right-to-left while bouncing the camera up and down (as if it were a bouncing ball) during the 2-second exposure which created seemingly the intertwined flowing lines seen in the image. For post processing, I applied vignetting correction and increased the image's saturation/vibrancy/clarity in Adobe Camera Raw and Photoshop CC. For what it's worth, I ended up liking the end result so much that it's now my smartphone's wallpaper (slightly croped and rotated 90-degrees).

We invite you to share your artistically motion blurred images in the comments below.