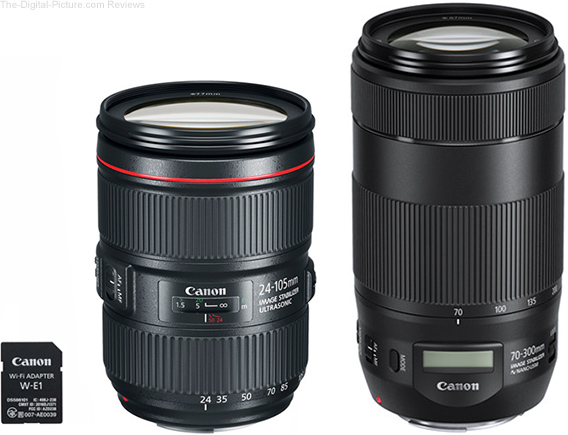 Canon seems to be missing some of their availability projections lately.

Canon announced the W-E1 Wi-Fi Adapter in mid-September with an availability scheduled for "early September 2016," but September came and went without the adapter appearing at retailers. At that time we contacted two trusted sources who stated that the availability had been rescheduled for "the last week of October" (according to one source) or "the first week of November" (according to the other).

As it turned out, our sources were somewhat right. Early W-E1 preorder customers were treated to the first batch of available adapters which were shipped the first week of November. However, it's mid-December now and the item has never been "In Stock" at any of the major online retailers (B&H, Amazon, Adorama, etc.).

A third-party seller on Amazon is stating that the W-E1 is expected to be in stock "December 21, 2016," but considering that the retailer is selling the W-E1 at a price signifcantly above MSRP, I wouldn't necessarily call the retailer a "trusted source." Regardless of when the next shipment is scheduled to arrive at retailers nationwide, I think it's fair to say that Canon has missed its second "widespread availability" target even with a few Wi-Fi adapters in the hands of select consumers.

Unfortunately, the W-E1 isn't the only product which has missed its availability target recently; the EF 24-105 f/4L IS II USM shares the same designation.

The Canon EF 24-105mm f/4L IS II USM was originally announced alongside the EOS 5D Mark IV in late August with an availability date of "late October" stated in the press release. As October drew to a close, B&H and Amazon changed their expected availability dates for the lens to December 10 and December 6, respectively. With both of those dates now having lapsed, we're left with yet another product that has missed its revised availability date.

And finally, the EF 70-300mm f/4-5.6 IS II USM was announced in mid-September with an expected availabilty date of "November 2016" listed in the press release, yet the lens has yet to arrive at retailers well into December. However, Amazon is listing "December 15" as the lens' expected ship date.