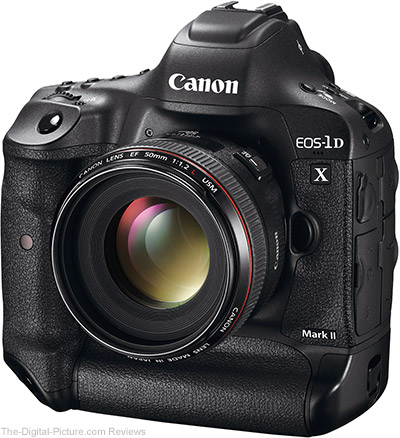 I drove to the UPS shipping terminal first thing this morning to pick up my 1D X Mark II body just arriving from B&H. I couldn't wait to get my hands on it and, with an under-the-lights soccer game on my schedule for this evening, I chose to not wait for the brown truck to arrive late this afternoon (and risk it not arriving in time). Hearing the sound of this camera is always good for a smile and I put it in front of the mic for a first test.

Canon rates the 1D X Mark II buffer depth at up to 170 RAW images, with the highest number requiring a CFast 2.0 Memory Card. CFast cards were a new requirement for my kit and Transcend was anxious for me to try out one of their CFX650 256GB CFast 2.0 Memory Cards (Max. Read/Write Speed: 510/370 MB/s) in this camera. I didn't have to think too long to accept that offer and, while I have yet to use another card in this camera, I can tell you that this one and the 1D X Mark II perform very impressively together.

With the Transcend card installed, the 1D X Mark II captured an incredible 14 frames per second until I got bored holding the shutter release down over 6 minutes later. The 14 fps converts to 840 fpm and, in 6:01.35, I had a VERY impressive 5,068 RAW images on the CFast card. With this card installed, the camera never filled its buffer. And, the sound is, as expected, awesome:

Here is a burst rate comparison between the 1D X Mark II and several other current or recent models:

The fine print: the test camera was configured to use ISO 100, a 1/8000 shutter speed (no waiting for the shutter operation), a wide open aperture (no time lost due to aperture blades closing) and manual focus (no focus lock delay). The lens cap remained on (insuring a black file and the smallest file size) and a freshly-formatted fast memory card was loaded. Camera sounds were recorded using a Tascam DR-07mkII Portable Digital Audio Recorder with record levels set to 50% at -12db gain and positioned 1" behind the rear LCD.

Completing the full 1D X review is of course a high priority for me – I'll have much more to share in the near future. Check out the Canon EOS-1D X Mark II page for more information.