An Introduction to Stroboscopic Flash 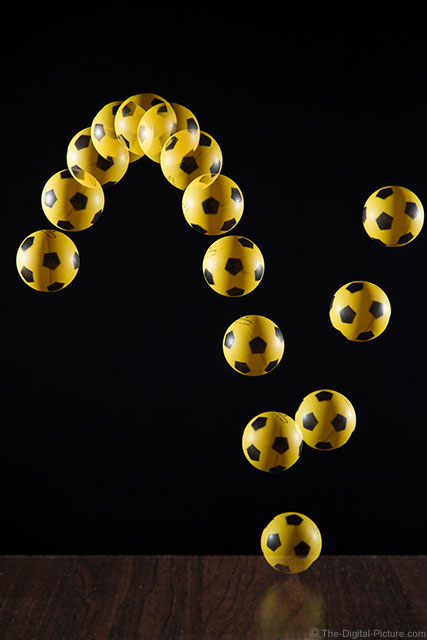 If the term "stroboscopic" is unfamiliar to you, you're not alone. My guess is that many Canon 580EX / 580EX II / 600EX-RT owners have yet to explore this intriguing feature found in their Speedites.

So what is stroboscopic flash? Fortunately, the 600EX-RT manual provides a good description in the feature's introduction:

"When using stroboscopic flash with a slow shutter speed, you can shoot multiple successive movements within a single picture, similar to stop-motion pictures.

In stroboscopic flash, set the flash output, number of flashes, and flash frequency (number of flashes per second = Hz)."As outlined above, stroboscopic – or MULTI, in Canon's terminology – flash allows for the Speedlite to fire several continuous flashes within a specified duration of time, which is beneficial in illustrating movement by exposing the subject with individual burst of lights as it travels across the frame during a single exposure.

What kind of subjects work well when captured with stroboscopic flash? Dancers and falling/bouncing objects are commonly utilized, but just about anything that moves will work. Keep in mind that a dark shooting environment is necessary to achieve optimal results because any constant/ambient light will cause motion blur to be captured between flash bursts.

To set up your flash for stroboscopic/MULTI mode, press the Mode button until "MULTI" is displayed on the Speedlite's LCD panel. If the flash is set to Slave mode, you may need to hold the Mode button for a few seconds until it switches out of ETTL mode. Note: In Slave mode, the MULTI label will blink.

Next, you'll need to set the flash power, number of total flashes and number of flashes per second (Hz).

In the illustration above, the flash is set to fire 8 times at a rate of 12Hz. In this situation, the flash wil be firing for 2/3 of a second, meaning that the camera's shutter speed will need to be set to 2/3 second or longer in order to capture all 8 of the individual flash bursts. 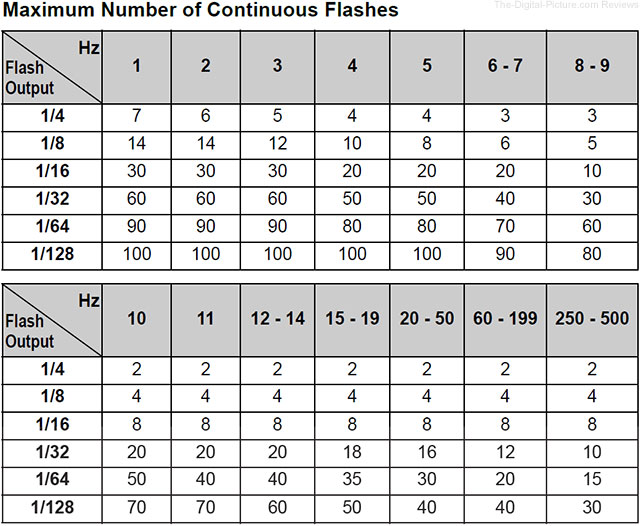 To create the image above, I used a tripod mounted 5D Mark III, EF 24-105mm f/4L IS USM, ST-E2 and (2) 580EX Speedlites set to stroboscopic/MULTI mode. The flashes were set to 80mm zoom and positioned slightly behind the bouncing platform (a board) so as to limit the amount of light spilling onto the background, an Impact Collapsible Black/White Background.

The flashes were set to 1/128 power, 15 flashes at a rate of 30Hz. This made my shutter speed calculation quite easy – 1/2 second. And if you look closely, you'll notice that the exposure time and framing allowed me to capture every flash burst from the Speedlite in the image (you can count 15 individual balls). With an aperture of f/7.1 and an ISO of 250, I was able to capture a dark background while maintaining a good exposure on the subject, a ping pong ball. Note that I purposefully shot this image at night with the overhead lights turned off to minimize the ambient light in the room (I left a hallway light on and the studio door cracked to provide enough working light). To create the exposures, I set the camera to manual focus noting the plane of focus on the board. I then gently dropped the ping pong ball at the point of focus while triggering the camera's shutter button with my other hand.

So why would someone uses stroboscopic flash instead of simply firing off a continuous burst from the camera with flash set to trigger on every exposure with the intend of combining the exposures in post? One word – speed. For example, an EOS 7D Mark II can achieve a burst rate of 10 frames-per-second, meaning that the camera's burst rate limits the number of individual exposures you can create in a 1-second duration. And if shooting with a Rebel/xxxD series DSLR, the burst rate becomes even more limiting. But using stroboscopic flash, you can essentially capture a subject 40 times within the same 1-second time period (at 1/128 power), translating into a much faster burst rate while simultaneously reducing the amount of post-processing required to achieve the desired result.

A larger version of the example image can be found on my Flickr photostream.