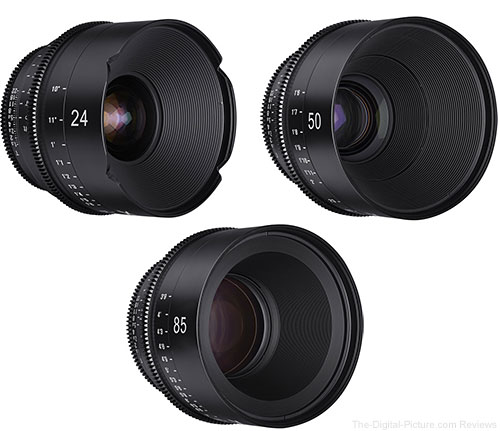 Rokinon has recently been hinting about upcoming lens announcements on social media, and now we know why – the Rokinon Xeen 24mm, 50mm and 85mm T1.5 cinema primes are now available for preorder.

Unfortunately, we don't have an official press release regarding the announcement of these lenses, but we'll post the press release should it become available in the near future.