The Benefits of Shooting the Same Location Multiple Times 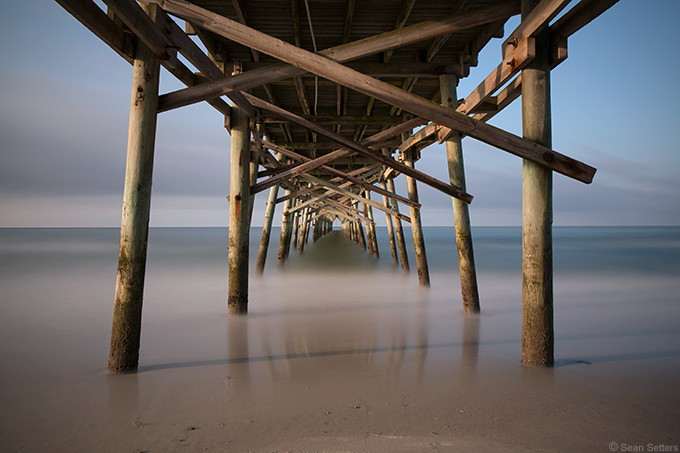 Often we see a location, capture the image, post-process and move on. After that, being in the same location can feel a bit like, "...been there, done that." But shooting the same location multiple times - if given the opportunity - can be very beneficial.

Last year was my first experience visiting Oak Island, NC. I brought [what I would consider] a small photography kit and captured many worthwhile images while on vacation. While planning a return trip this year, however, the recent shark attacks in North Carolina (and Oak Island in particular) meant that I was less than eager to enjoy even modestly deep water off the beach this year. In other words, I knew I'd have more time to devote to other endeavors.

Therefore, taking advantage of the photographic opportunities the island had to offer became an even higher-than-usual priority for my vacation. I packed substantially more gear this time around and I challenged myself to create at least one image I was proud of each day. On image in particular that I wanted to capture was a long exposure of the Oak Island pier similar to the shot in IR that I took last year, but this time using a traditional (but very strong) ND filter. I purchased a Rocolax 15-stop ND filter in anticipation of shooting the pier again this year.

Fast forward to yesterday - my first full day in Oak Island this year - and I was out the door soon after sunrise. Why not before sunrise? Because the position of the rising sun meant that it wouldn't be a subject included in any of the pier compositions I wanted to capture (Oak Island faces south meaning I would have had to have been in the water to capture the pier with the rising sun). What was important, though, was that I shoot early (soon after sunrise) in order to get the low-on-the-horizon sunlight that I wanted for illuminating the pier.

My experience shooting the pier the previous year meant that I could plan [almost] everything about the image capture so that my time and attention could be utilized in the most productive way possible. I knew where to park, how to access the area under the pier and exactly how much time would be required traveling from the front door of the beach house to the shooting location. And, using time of optimal illumination was especially important in this instance because my exposures would be measured in minutes, not seconds.

For all intents and purposes, I was able to capture the image I wanted (plus another framing) without a hitch. The only thing I didn't take into consideration was the tide level (high tide) which meant that I had to position myself closer to the beach with the end result that the pier was not as tall in the foreground of this image compared to last year's image.

After processing the image I realized that being able to shoot the same location, one year apart, was a really great experience. Some of the benefits include:

In the end, I was happy with how the shot turned out. It looks very similar to the shot I had in my head meaning that all my planning and recent experience in long exposure photography paid off. I'm roughly 95% happy with the image; and that nagging 5% should provide ample incentive to shoot the pier yet again with another year of photographic experience under my belt.
Posted: 7/20/2015 8:11:51 AM CT   Posted By: Sean
Posted to: Canon News, Nikon News, Sony News    Category: Photo Tips and Stories