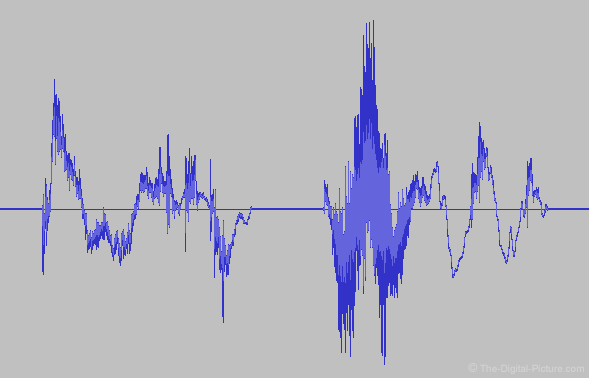 While the Canon EOS 5Ds review has been my highest priority, the Canon EF 50mm f/1.8 STM Lens review has not been derailed and is also approaching completion.

While much can be discerned from this post's image (the STM lens AF sound is depicted on the left), the difference that really matters will best be determined by your ears (turn up your speaker volume):

The perfect lens AF sound would of course be a flat line, but ... AF moves parts and moving parts tend to make at least some noise. In this case, the STM is audible and audible enough for on-camera mics to pick up. The sounds in this example are from an identical near full extents change in both directions at full speed. As with some other STM lenses, a slow change in focus distance (such as when recording video) results in a noticeably quieter sound.

Much more to come.