Spring Photography Tip: Portrait Backgrounds are Everywhere – Use Them! 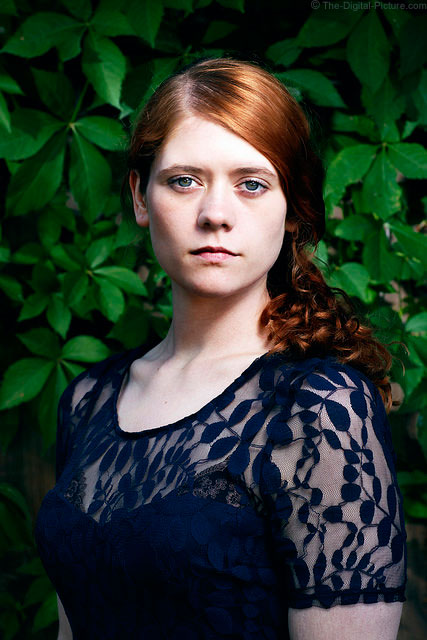 I live in a fenced-in property which is situated squarely in the middle of a medium-sized town. I have often used the fence that borders my driveway as a background for various portraits. It's clean, simple, and works well especially when it falls just out of focus.

As the winter months transition into spring, however, sections of the fence would become covered in vines. In previous years, I did everything I could to avoid using those sections of fence for my portraits. I considered them a hindrance for tarnishing my clean-looking background during the warm and inviting seasons perfect for portraiture.

But as I walked to my mailbox last week, it finally hit me. "Why don't I use the vines for a tightly framed portrait? Hmm..."

I must have past that particular section of the fence 500 times over the past three years, but it never occurred to me to actually feature the vines in a portrait. A few days later Amanda and I decided to give it a go.

I set up a tripod mounted 7D Mark II with my favorite portrait lens, the EF 85mm f/1.2L II USM. So why would I use the 7D Mark II in place of my primary body, the 5D Mark III? For this particular portrait, there was little appreciable difference between the two bodies. I didn't need the full-frame performance gains at high ISOs (I shot this using ISO 100) and I didn't need the shallow DOF advantage either as I would be using a relatively narrow aperture (f/7.1) to keep the details of the background recognizable.

Considering the f/7.1 aperture, you might wonder why I chose the EF 85mm f/1.2L II. As I said, it's my favorite portrait lens. The fixed 85mm focal length is a flattering focal length for portraits and the lens is especially sharp when stopped down (although, depending on the subject, extreme sharpness may not necessarily be a beneficial quality when it comes to portrait lenses).

For the main light I used a monolight diffused by a Mola Demi beauty dish fitted with a HoneyGrids Universal Grid. The background light was provided by a Canon 580EX Speedlite flash fitted with an Opteka OSG18 1/8-Inch Universal Honeycomb Grid. Using the grid on the main light and positioning it so that it pointed downward limited the amount of light that spilled on the background allowing me to easily control the luminosity of the background with the Speedlite. The grid on the Speedlite kept its light from striking the subject and concentrated its output in a more focused area on the background.

This is what the setup and fence looked like: 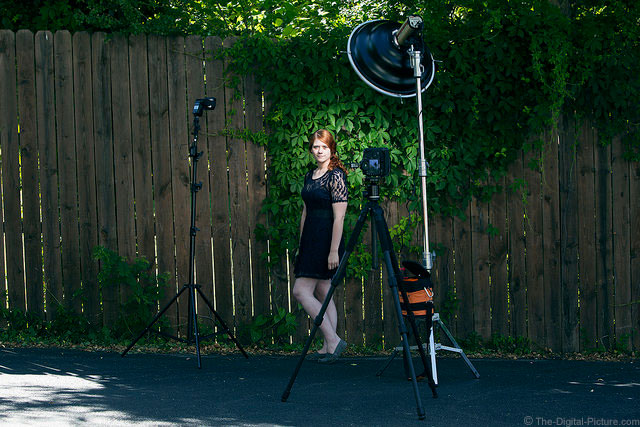 I believe similar results could have been achieved with lower cost lights and modifiers (a speedlight with a gridded softbox, possibly?).

When post-processing the final image, I actually reduced the luminosity of the background preferring the leaves to be a little darker than what I captured in-camera. I also used a selective color mask to make the shadows appear cooler/more bluish in tone. I was going for a Renaissance painting look for the portrait, and the edits helped push the image in that direction (in my opinion).

The takeaway from this shoot is aptly summed up by the title. With spring in full swing, beautiful backgrounds are popping up everywhere. Take a minute to scan your surroundings – even in your own yard – to see if there's something you've been overlooking just like me. :-)

Previous Post:
Rudy Winston for CPS: Getting the Most out of EOS 5DS and 5DS R Files
Next Post:
Canon Offers Insight on the Big Question, "Bring It or Leave It" – the DSLR Conundrum
comments powered by Disqus
Canon & Sony News, Deals, Blog
... More Canon & Sony News