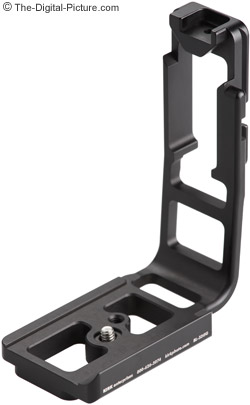 Camera L-Plates (AKA L-Brackets) are among the most-used of my gear. Let's dive right into the Camera L-Plate review with an in-use example. Below is a Canon EOS 5D Mark II with a Canon BG-E6 Battery Grip and a Kirk BL-5DIIG L-Bracket. 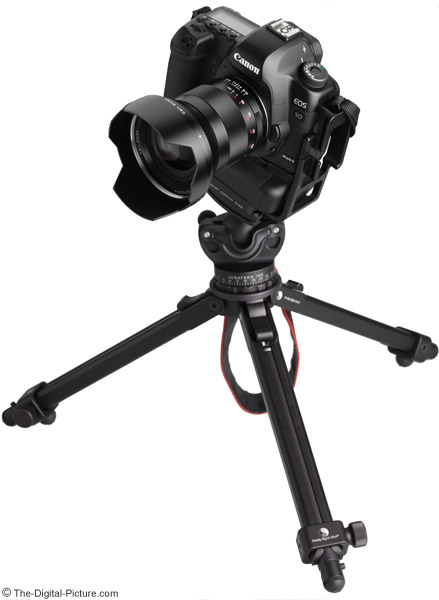 On Tripod | On Tripod - Closer

The strong, anondized, machined aluminum bracket attaches to the camera via the tripood mounting threads. While some camera-generic L-Brackets are available (or announced), most brackets are camera-specific and available for most DSLRs - with or without battery grips. They are made to perfectly fit the contour of the bottom of the camera - a solid, anti-twist design. The custom brackets are machined to allow access to the various ports and controls. Battery access is also provided.

The bracket bottoms are threaded for a tripod or other attachments similar to the camera body itself. 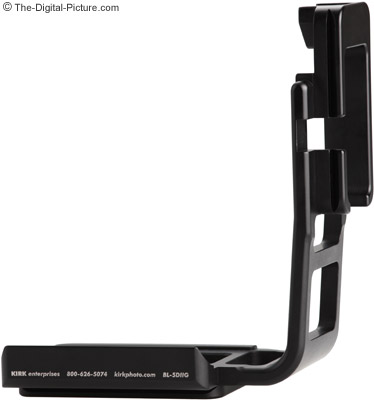 The primary use I have for L-brackets is to quickly, securely and solidly attach a camera or big lens to a tripod or monopod head that has an Arca-Swiss-compatible quick release clamp. And the primary advantage an L-bracket has over a normal camera body plate is that there are two mounting plates - which allows the camera to be attached in landscape or portrait orientation with similar ease.

This versatility avoids the need to use the drop-notch on a ball head (which significantly lowers the viewfinder eye level - especially for cameras with a battery grip) for portrait/vertical-oriented shots. The drop notch then remains available for more framing flexibililty - allowing far-beyond vertical framing even with a level tripod.

Various brackets (such as flash brackets, panorama brackets, other mounts ...) can be attached to the L-brackets. Clamps can be purchased individually and mounted to almost anything your creativity dreams up - allowing your camera to attach to the same.

Camera L-Plates provide some additional protection for the camera itself. These brackets, while not heavy (about 2-5 oz / 50-145g), are quite solid and take any blows coming from the two protected sides of the camera. 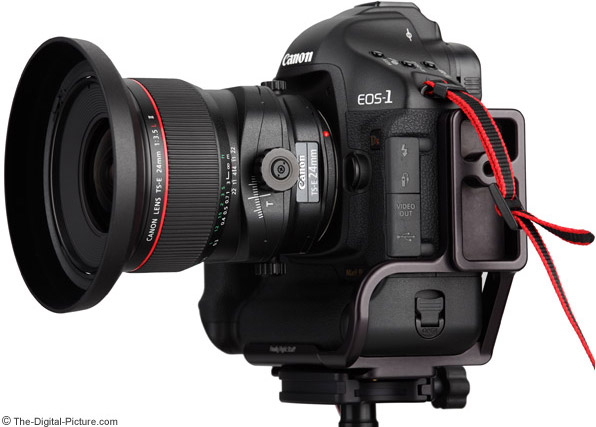 I love the Arca-Swiss system of plates and clamps. I can quickly put any camera with any lens on any tripod or monopod head I own. I currently have Kirk and Really Right Stuff Camera L-Plates on all of my primary DSLRs. I highly recommend them.

Where you buy your gear matters. You expect to get what you ordered and you want to pay a low price for it. The retailers I recommend below are the ones I trust for my purchases. Get your Camera L-Plate now from: