I'm a huge fan of the Arca-Swiss quick release clamp and plate system supported by a huge number of manufacturers including Acratech, Arca-Swiss, Foba, Graf/Studioball, Gitzo, Kirk, Novoflex, NPC, Oben, RRS, Vanguard and Wimberley. Being able to very solidly attach cameras and lenses to a tripod head, monopod head clamp or other clamp-attached gear (including flash brackets) with only a quick twist of a knob or flip of a lever is a great advantage.

When using a lens with tripod ring, a lens plate is the right plate type to use (not a camera body plate) due to the better balance position of the camera and lens combo. 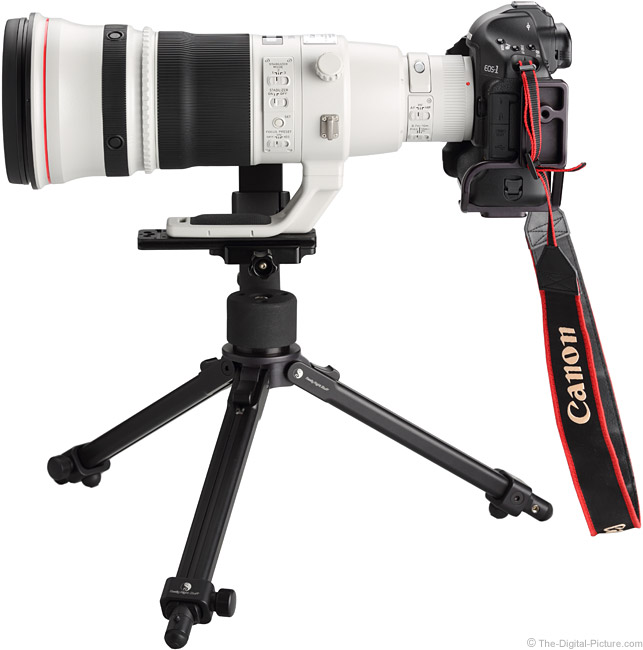 Why Use the Wimberley Brand Lens Plates?

While there seems to be a new lens plate brand being introduced monthly, the Wimberley Quick Release Lens Plates have long set the standard for quality. Since most lenses with a tripod ring cost a significant amount of money (an extreme amount in some cases), I have not been willing to compromise on the quality of the lens plate I am using. The Wimberley plates have functioned perfectly for me for well over a decade.

Because some quick release clamps have tight tolerances, incompatibilities exist within the Arca-Swiss "standard". The machined and anodized aluminum Wimberley plates have worked perfectly in every clamp I've used them in. Another Wimberley advantage is the double-dovetail design, allowing clamps and brackets to be attached to both the top and bottom of the plate.

The P-series lens plates all come with dual safety stop screws. These screws will prevent the lens plate from sliding out of a fully compatible clamp unless the clamp is fully opened with the lens plate clearing the sides of the clamp. Note that the current Arca-Swiss double-decker clamp design is compatible with this lens plate, but not "fully" compatible as the plate is mounted too high for the safety stops to catch on the clamp. Wimberley provides a hex key wrench for attaching or removing these safety screws. I leave mine attached at all times, but if you want the lens to sit flat on the plate (such as on a table), the screws will need to be removed.

As seen above, the Wimberley lens plates have holes drilled in the front to allow attachment of accessories from manufacturers including Kirk & Really Right Stuff. The main screw(s) is captive, but can be removed by positioning it to the threaded end of the slot it is in. These screws are flush with the bottom of the lens plate when tightened. The slot(s) provides a large amount of flexibility in how the plate is attached, making these universally compatible. 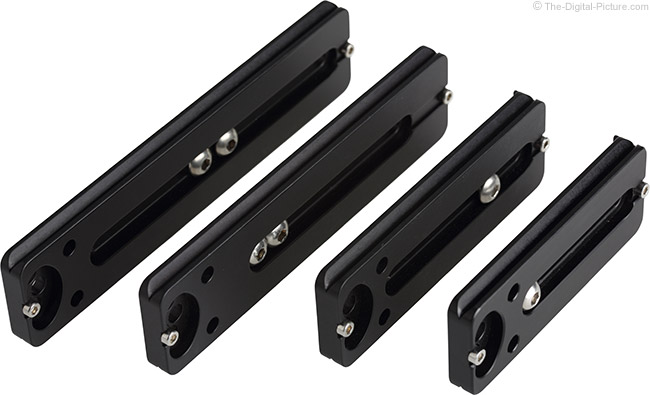 Which Wimberley Lens Plate Should I Use?

Wimberley Lens Plates are currently available in 5 sizes: P10, P20, P30, P40 and P50. I know, there are only four plates shown in the picture above. I have not found need for the smallest model, the P10, so I do not have one in my collection to photograph. The Wimberley engineering drawings below will show that model to you.

The smaller 3 plates, the P10, P20 and P30, have anti-twist nubs/flanges that hold onto the end of the tripod ring foot. If your tripod ring foot has only one threaded insert, you should not consider a lens plate without an anti-twist feature. 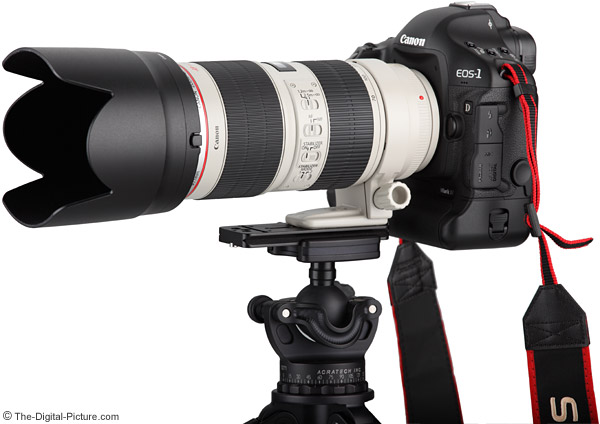 Shown above is a Canon EF 70-200mm f/2.8 L IS II Lens with a P30 mounted. The anti-twist nubs are tight against the back of the tripod ring foot. The P30 provides a nice amount of adjustment distance for the clamp it is mounted in. If shooting downward, the center of balance moves forward, and I would slide the plate back in the clamp to compensate for this.

For a large lens with two or three threaded inserts on the tripod ring foot, the P40 or P50 (without anti-twist nubs) will usually be the right models. These models allow more front-to-back adjustment on the lens as the nubs are not requiring a specific lock-down position. Again, I like the longer P50 for the additional length even when the P40 would be adequate. Another advantage of selecting a longer plate is the handle the plate provides – it very useful for carrying your lens. 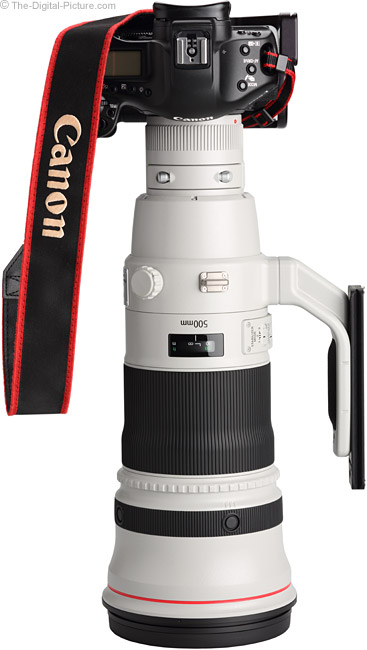 Above is a Canon EF 500mm f/4 L IS II Lens with one of the larger lens plates attached. An advantage the P40 and P50 models have over the shorter models is that they can be mounted farther back, allowing better-balanced overhead shooting. Below is a Sigma 120-300mm f/2.8 OS Sports Lens with a Wimberley lens plate. 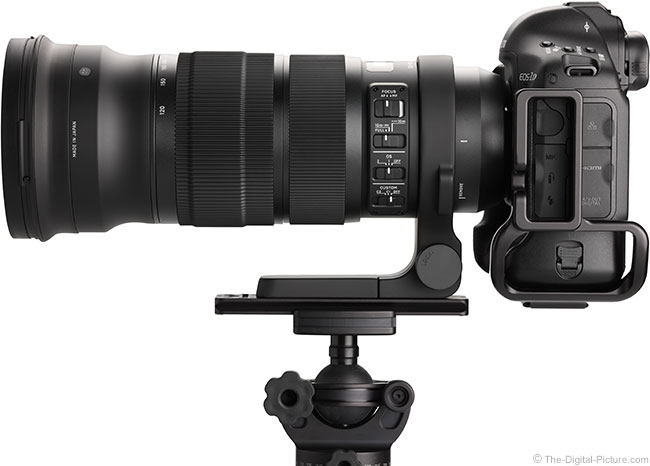 Here are the lens plate engineering drawings provided by Wimberley:

I have a Wimberley lens plate on all of my tripod-ring-equipped lenses and I leave them attached at all times. I don't find them to get in the way and having them immediate ready to clamp into a ball head or other accessory makes setup fast.

A minor complication you might run into is storing a plate-equipped lens as the plate does take up a small amount of space. To get a plate-equipped Canon Super Telephoto lens into the Canon-provided lens trunk usually requires the plate to directly face the front locks. Smaller lenses that come with cases will usually still fit in those cases with a plate attached. For example, the Sigma lenses usually need the plate positioned into a corner of the padded cases that Sigma provides. 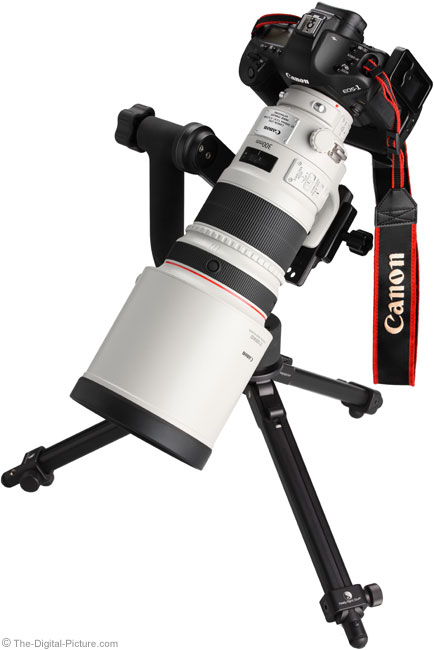 If you ever carry your camera and lens by something attached to the lens' tripod ring (such as by a tripod and head), you are putting a lot of trust in all of the connections. You obviously don't want the lens plate be the weakest link in your setup. I am very comfortable in recommending the lens plates that professionals have long been trusting, the Wimberley Quick Release Lens Plates.