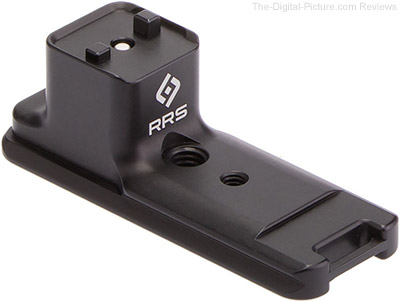 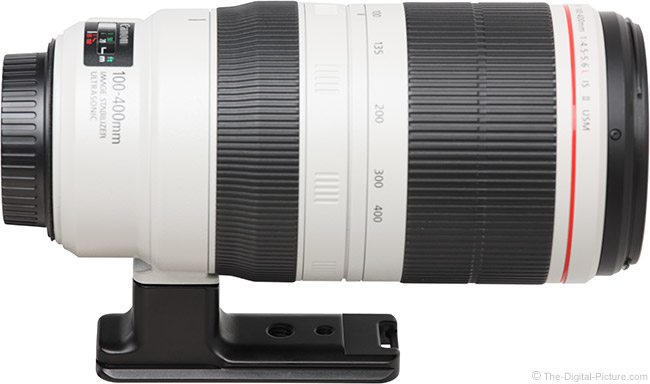 The Canon EF 100-400 L II tripod ring design was a change from Canon's former small telephoto models. While the smoothly-functioning ring was nicely integrated into the lens barrel, it was not removeable. However, the foot was tool-less detachable. That was a fine combination, but ... I never remove the feet on my lenses, so those features were of little value to me. 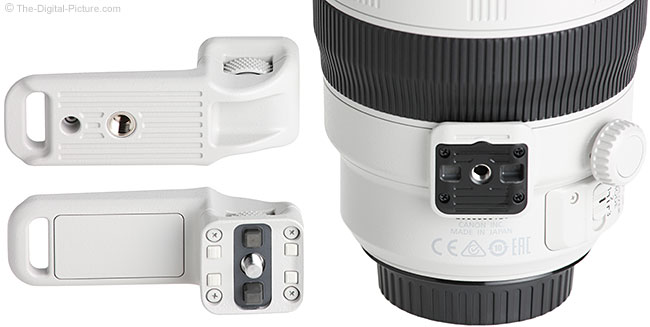 As usual, I installed a Wimberley P30 Lens Plate on my 100-400 II, allowing easy attachment of the lens to my tripods, monopods, flash brackets, etc. Yes, Canon should integrate such a plate into their tripod foot design, but they do not. Thus, a third party plate is needed. 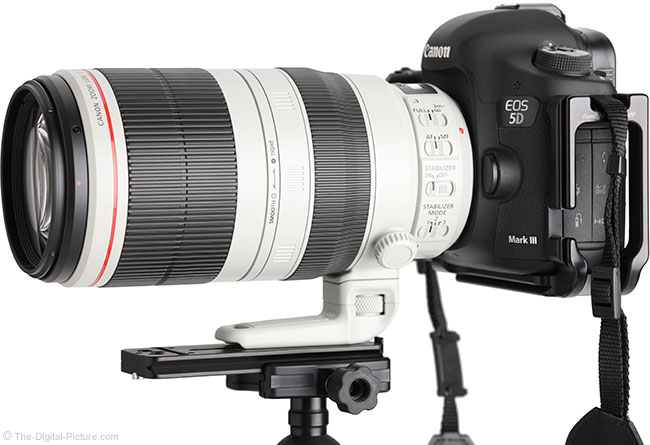 While Wimberley's high quality lens plates are great and versatile, able to easily migrate from lens to lens, the foot under this one was not my favorite. As I mentioned in the Canon EF 100-400mm IS II Lens review, this lens' tripod ring has a bit more flex than some of Canon's other designs even with the mount as tight as possible. While this setup worked fine, I remained unsatisfied.

Installing the RRS foot is simple. Unscrew the original Canon foot. Put some pressure on the mount (press toward the lens to make removal slightly easier). With the other hand, pull the large thumb screw housed inside the mount away from the lens and turn in the normal (lefty-loosey) direction. Note that the screw inside the mount is spring-loaded, presumably to make reinstallation easier.

With the Canon foot out of the way, use the supplied 5/32" hex key wrench and custom M5 mounting screw to mount the black type II anodized 6061-T6 Aluminum RRS foot precisely into the lens collar. As can be seen in the photo below, there are two alignment/anti-rotation nubs protruding from the mount. These are important to prevent the lens twisting over the foot. 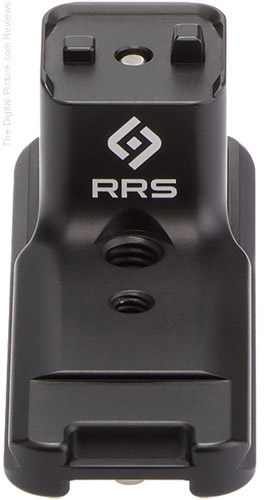 Ok, the replacement foot is installed. Let's back up and answer the question: Why use a replacement tripod foot? Here are the primary reasons for getting, specifically, the LCF-54 foot:

The first item in this list was the driver for me to get this foot. The replacement foot is still attached to the same collar, so any flex in the collar cannot be mitigated, but the solidly-built replacement foot is noticeably more solid. This feature alone was worth the price of this accessory.

I had the number two item on the list covered with the lens plate, but having the 1.5" standard dovetail mount was indeed a requirement for me. Lens plates can be more universal in their application, but having the dovetail integrated into the foot means a more-compact solution, the number three item on the list, even despite the LCF-54 having finger-friendly increased depth over the OEM foot. With the RRS LCF-54 installed, the 100-400 L II lens still fits (snugly) in the Canon Lens Case LZ1326 that ships with the lens.

I did a short weight analysis.

I've been referencing the Wimberley P30, but the P20 is slightly smaller/lighter and also could be used for this application. Thus, I included it in the chart. Bascially, the RRS LCF-54 weighs just slightly more than the P20 and slightly less than the P30 with the OEM foot required for the lens plates. Thus, the weight savings is about the weight of the OEM foot. While shaving 2.70 oz (76.4g) from your lens is not a big deal, it is still an advantage and shaving that much weight from multiple pieces in your kit starts adding up to a more significant difference. 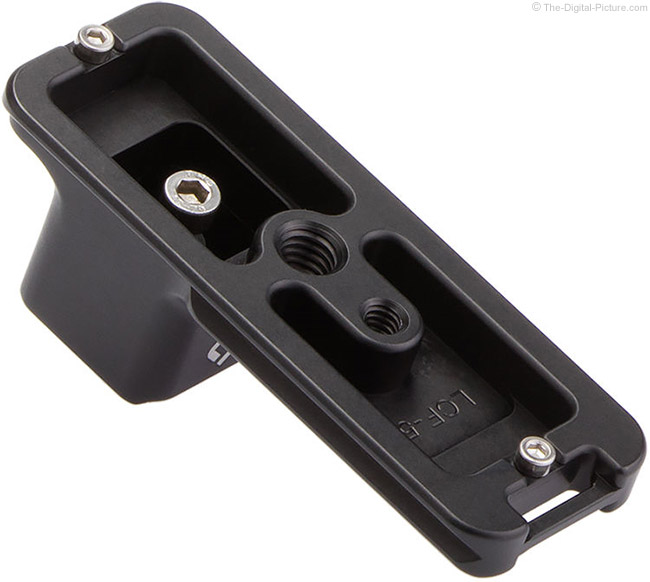 Looking at the bottom of the RRS foot demonstrates its rugged, yet lightweight design.

As seen in the above chart, the RRS foot adds a bit of dovetail length, especially rearward of the mount. An advantage of the latter is better balance available when shooting upward.

Moving right along to the number four item on the list, the RRS foot is smoothly sculpted, providing a comfortable surface for carrying the lens and an attached camera body. Unless carrying this lens on a Black Rapid shoulder strap or in a Lowepro Toploader Case, I probably have the lens in my hand, even if supporting the weight partially with the camera's neck strap, and usually I'm holding the foot. The RRS LCF-54's comfortable design makes a difference when spending much time with this lens.

I mentioned the strap ... another feature this lens has is a integrated quick-detach (QD) socket that allows straps to attach directly to the LCF-54. This sporting arms standard works great and is becoming more common in the photographic accessories market. The integrated strap boss provides another option for attaching a strap to this lens.

The LCF-54 has standard tripod threads positioned at an average balance point (cameras can vary greatly in weight) and also has a 1/4"-20 threaded accessory mounting socket for mounting practically anything you can think of with a reasonable size. A pair of M3 safety-stop screws (to help prevent lens plate from sliding out of clamp) and the required M2.5 hex key are included. The LCF-54 measures:

I'll pass along some addition information that Really Right Stuff provides on their product page:

"Note: The LCF-54 is not compatible with the Canon C100 Mk II and other camera bodies that have a protruding platform on the front of the camera body." 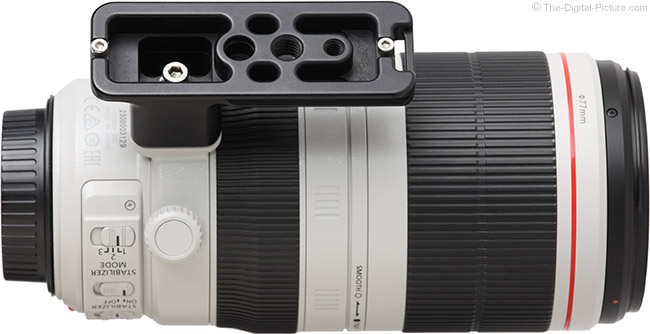 The Canon EF 100-400mm f/4.5-5.6L IS II USM Lens is an awesome lens, but the tripod hookup left me wanting. The Really Right Stuff LCF-54 Foot is the accessory that takes care of that problem. The LCF-54 is as beautiful (despite the paint color not matching the white Canon lens) as it is functional and, while not cheap, it is not excessively-priced and is extremely well-made. At review time, I've been using the LCF-54 for seven months and it has become a must-have accessory. If you have this lens, get this foot.

If you have a different lens with a tripod collar, check out the other Really Right Stuff replacement feet available. Wimberley and Kirk also make high quality replacement feet.