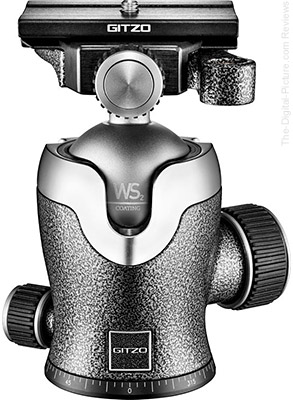 I first saw the Gitzo Center Ball Head series at the Photo Plus Expo in the fall of 2015. These heads immediately caught my attention for a few of reasons. First, Gitzo was fully embracing the Arca-Swiss standard clamp and plate system with these new heads. Second, these heads looked really great – perhaps the best looking ball heads made to date – with a smooth, sculpted triangular design that is nicely finished to match the Gitzo tripods. More importantly, these heads were very solidly built and locked down very tightly.

What I did not like was the very significant slip-stick behavior these heads exhibited when nearly tight and I complained to Gitzo about this issue. Regardless of that last problem, I put a full Gitzo Center Ball Head review on my to-do list. 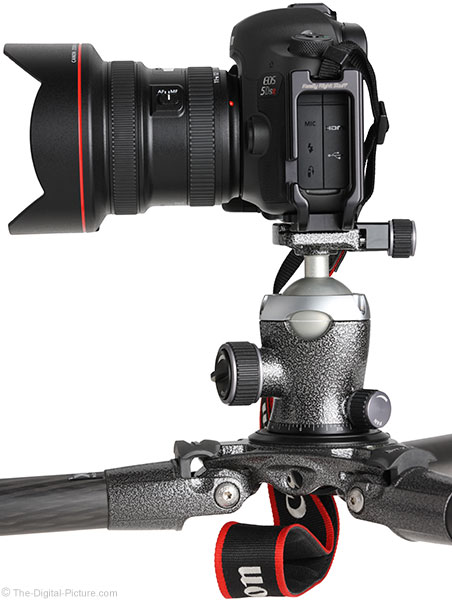 I timed the arrival of the largest current model of this series, the Gitzo GH3382QD, with a photo trip I had scheduled to North and Middle Caicos, Turks and Caicos in the British West Indies. Based on my first look at the head at Photo Plus, I trusted that I would be able to make it my primary head for the trip.

Upon its arrival, I immediately went to work capturing the requisite product photos. Toward the end of this photo session, I attempted to add a camera to the head. I was surprised to find my L-plate not fitting down into the clamp, impeded by a safety screw designed to prevent a plate from inadvertently slipping out. Upon closer inspection, I found that I could shift the camera to one side or the other for the fit to work. I went on to complete the photo session and then went for a Canon EF 100-400mm f/4.5-5.6L IS II lens to mount.

Testing the gear combinations should always be a prerequisite to a shoot, especially when traveling long distances to get there. Much to my disappointment, there was no way that a Wimberley lens plate was going to mount over the safety stop. As this appeared to be a show stopper, my first thought was to revert back to my current favorite head, the Arca-Swiss Z1 Ball Head. But, upon closer investigation, I noticed that the safety stop was a small hex screw and that there was a wrench provided for it. Removing the safety screw eliminated the problem entirely and plates from a wide variety of manufacturers then tested fine.

The takeaway? Safety screws are a good idea, but not all brands of camera and lens plates are compatible with the Gitzo safety screw design. Again, removing the safety screw eliminates any issues. Good to go.

After mounting the lens, I was very pleased to discover the slip-stick behavior completely gone on the retail copy of the lens I received. The show floor head may have been a preproduction model or the design may have been updated since that time. Regardless, this head is a great performer in that regard, retaining very smooth movement until locked tightly.

The great smoothness remained even when very cold. Often ball heads become difficult to use at low temperatures, but this one works great at 20° F (-7° C). I didn't notice any stiffening or unevenness developing.

Also very smooth is the panning base on this head. It is among the best panning bases I've used, with an equally nicely functioning lock knob. 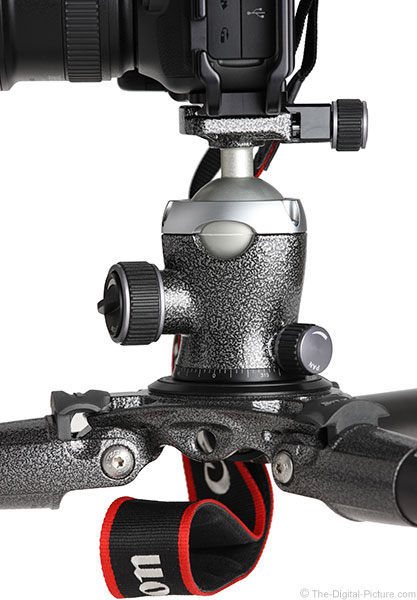 What I could not tell on the show floor was if the subject framing would change with a telephoto lens mounted on it. Many ball heads have this problem in varying amounts and this problem can be very aggravating due to having to estimate the amount of movement that tightening the main lock knob is going to induce. With a 400mm lens mounted, I was very pleasantly surprised to see no movement during locking. Retaining precise subject framing while being locked is one of the most important features of a ball head and this one is as good or better than any I've used.

The Gitzo GH3382QD Series 3 Center Ball Head is rated to hold 40 lb (18 kg). There are heads rated to hold more weight, but few of us are using close to this amount of weight on our heads – especially hanging from the side. In addition, I've put more than twice that much pressure on the clamp (off-axis) and ... it doesn't move. Check off the adequate strength requirement.

The rubber-coated main friction knob is easy to use, even with gloves on. It moves inward/outward slightly when tightened/loosened. 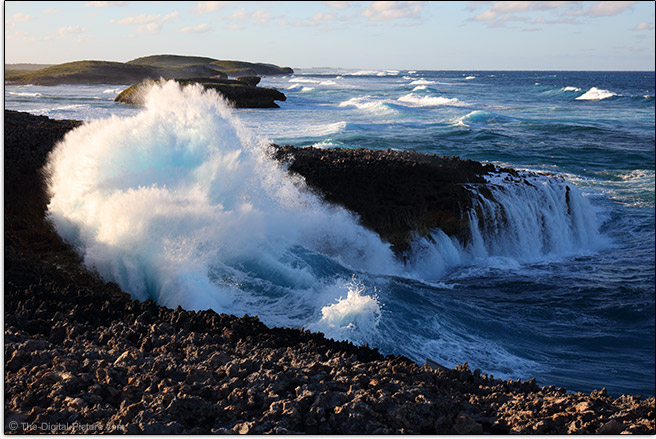 Even after using the Gitzo GH3382QD in a significant amount of salt spray combined with high winds for a week, it remains like new in appearance and needed no maintenance. I felt obligated to wipe it down, but ... the finish seems very tough and I cannot even feel residue from the abuse. Should something bad happen, the head appears easily disassembled using the three hex screws on top of the main housing.

Here are a number of views of this head: 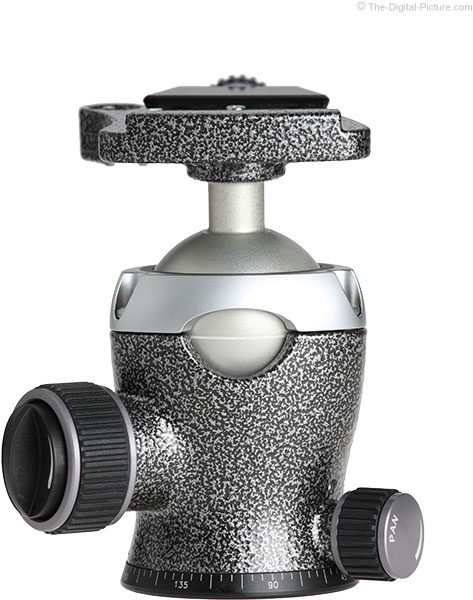 What are the Gitzo GH3382QD's weaknesses?

First, the quick release clamp knob is ... not so quick to use due to a slow thread rate. When tightened, it is really tight, but I would like lock-down rate or a lever-type release clamp to make setup and changes faster in the field. That the clamp is low profile, comes with a universal plate and has an always-visible spirit level is great. That the clamp is also easily removable (via a hex screw) is also great.

More aggravating was the minimum friction knob. It is very easy to turn and, because it extends beyond the main friction knob, it gets inadvertently turned sometimes. Upon setting up a camera and loosening the main knob to adjust subject framing, I occasionally would find the resistance too high or too loose. The issue was never a big deal, but ... seems like someone should have thought about this issue before going to production. Recessing the friction adjustment, or minimally making it resistant to being turned) would resolve the problem.

Some may view the price of this head as a weakness. This is one of the more expensive ball heads available, but the price is not out of line and not greatly higher than the other good options. You often get what you pay for and with this head, you are getting very high quality for the price. 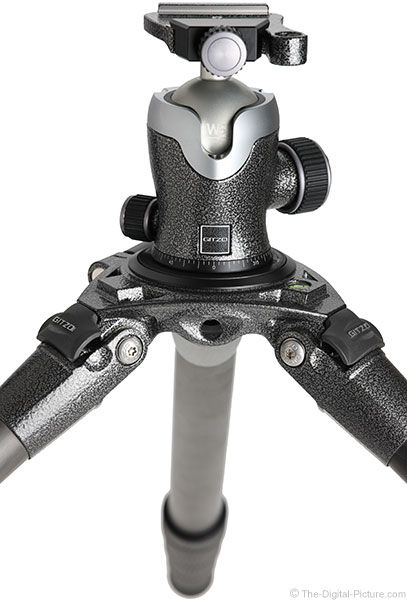 From my perspective, the primary alternative to this ball head is the Arca-Swiss Z1. The Z1 is rated to hold a crazy-high 130 lbs (59 kg) off-axis while Gitzo is rated lower at 40 lbs (18 kg). As I said earlier, The Gitzo is adequate for most of our heaviest needs (and I far exceeded this rating in testing). The Z1 has an advantage in its elliptical ball shape, causing friction to become tighter as the camera is positioned off-axis. The Arca-Swiss has the better minimum friction adjustment design and is notably less expensive.

Here are the actual measurements (not manufacturer specifications) of both of these heads:

Note that the Z1 is measured with an RRS clamp and that the widest section of the GH3382QD's housing is rounded-triangular in shape.

The bottom line is that it is hard to go wrong with either of these heads.

If you are on a really tight budget, get the Oben BC-139 Ball Head. 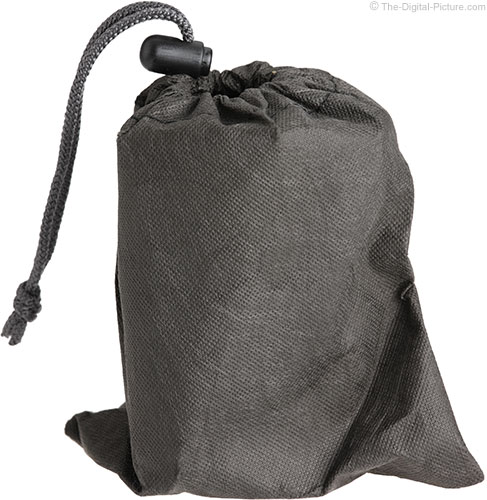