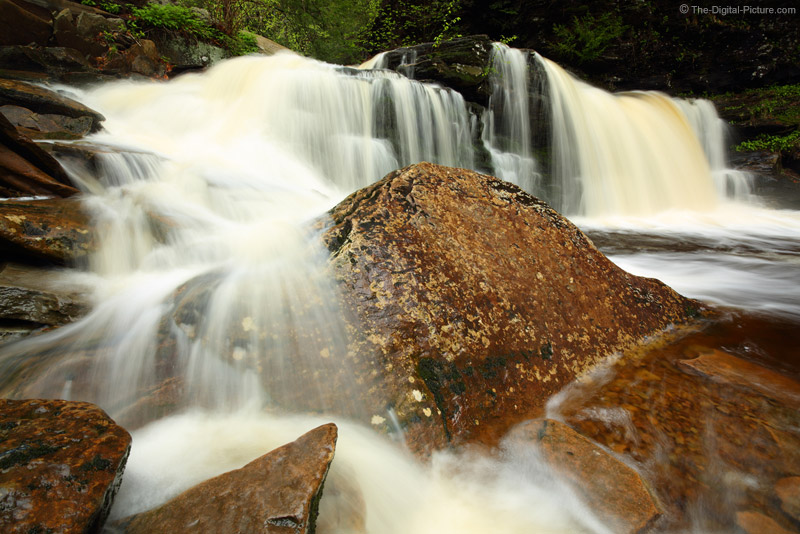 In this case, a log that has been in Cayuga falls, Ricketts Glen State Park, for what seems like forever is now gone. Apparently the extraordinarily harsh/cold/icy winter forced the log from its prominent long-time resting place. I had some pictures from this falls that included the log, and, while I thought they were nice, I like the sans-log pictures I now have even better. That I visited immediately after a very heavy rain gave me an additional benefit of a more than usual amount of water to work with along with some color in the water.

The 15mm full frame angle of view is able to give the viewer a nice sense of presence in the scene, but being this close means that water drops splashing onto the lens becomes an issue. I was holding a microfiber cloth over the lens as much as possible when the shutter was closed and was using that cloth to wipe water drops from the CPOL filter between shots. Water drops on the filter are very noticeable in narrow-aperture 15mm images.

This is an HDR image. I used a slightly darker exposure for the water, better retaining the highlight and detail in the water.