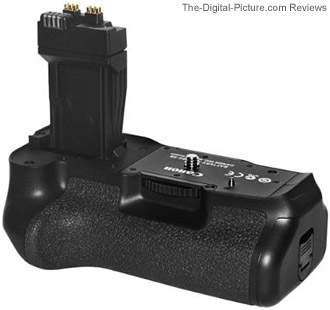 Generally, Canon's Battery Grips are similar to each other and the BG-E8 is no exception. This review will sound similar to the other Canon Battery Grip Reviews on this site.

The nice thing about Canon DSLRs without a built-in portrait/vertical grip (all non-1-Series bodies at this time) is that they are small and light. The big downside is that it is not comfortable to shoot in portrait/vertical orientation - especially for long periods of time. And the EOS Rebel bodies are especially small - making it harder to control larger lenses. Thus, Canon makes Battery Grips for all of their non-1-Series bodies. 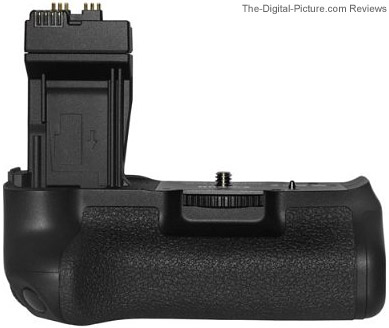 To install the Canon BG-E8 Battery Grip, the LP-E8 Battery is removed from the DSLR and the battery door detaches. The BG-E8 slides up into the battery compartment and locks into place via the tripod socket screw on the BG-E8. The BG-E8 provides its own tripod adapter threads - this functionality is not lost.

The BG-E8 holds two Canon LP-E8 Batteries that deliver double the number of shots or video time from the T2i/550D and T3i/600D. Alternatively, use 6 readily available AA batteries in the included Canon BGM-E8 Battery Magazine. The BG-E8 still functions fine with only one LP-E8 battery. 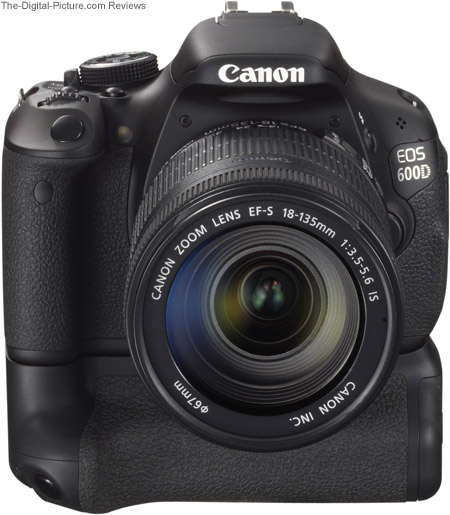 The BG-E8 is nicely built - it integrates to the T2i/550D and T3i/600D bodies very nicely with very little flex. 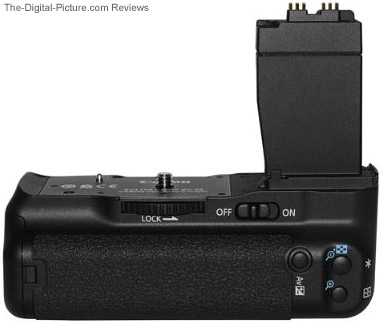 The BG-E8 controls available can be seen in the photos above.

In use, the BG-E8 makes portrait/vertical shooting much easier and more comfortable. I can feel the difference in my arms and shoulder after even a moderately long shoot. And I can hold the camera in vertical orientation a little steadier in this position.

Where you buy your gear matters. You expect to get what you ordered and you want to pay a low price for it. The retailers I recommend below are the ones I trust for my purchases. Get your Canon BG-E8 Battery Grip now from:

B&H Photo
Adorama
Amazon.com
Beach Camera or BuyDig.com
eBay (Choose trustworthy sellers only)
(Using the links on this site to make any purchase provides support for this site)
Rent the Canon BG-E8 Battery Grip
Do you need/want the Canon BG-E8 Battery Grip for only a short period of time? Or, would you feel more comfortable buying after having a hands-on trial period? Consider renting. Renting is fast and easy. The rental companies I recommend below are excellent to work with. Schedule your rental now:
LensRentals.com
(Using these links for your rental supports this site)
The Tip Jar