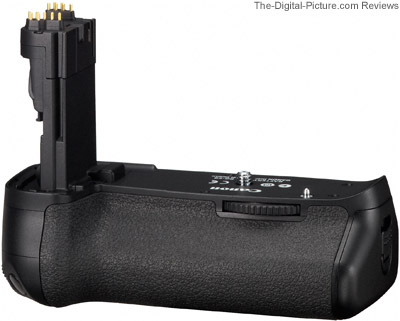 The Canon BG-E9 Battery Grip is the proper battery grip for the Canon EOS 60D DSLR.

Generally, Canon's Battery Grips are similar to each other and in many regards, the BG-E9 is no exception. Therefore, this review will sound similar to the other Canon Battery Grip Reviews on this site. 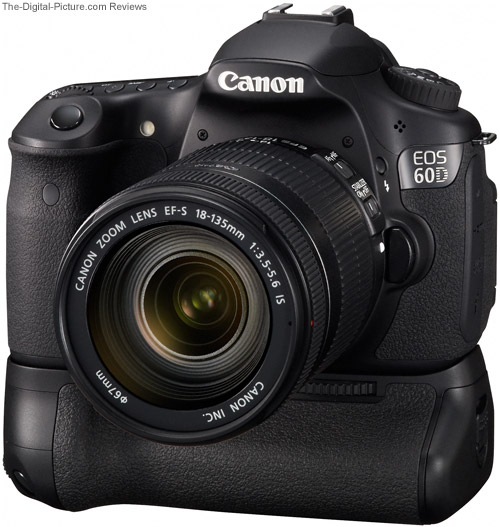 To install the Canon BG-E9 Battery Grip, the LP-E6 Battery is removed from the DSLR and the battery door detaches. The BG-E9 slides up into the battery compartment and locks into place via the tripod socket screw on the BG-E9. The BG-E9 provides its own tripod adapter threads - this functionality is not lost.

The BG-E9 holds two Canon LP-E6 Batteries that deliver double the number of shots or video time from the DSLR. Alternatively, use 6 readily available AA batteries in the included Canon BGM-E9 Battery Magazine. The BG-E9 will function fine with only one LP-E6 battery - a second LP-E6 battery is not required.

The BG-E9 is nicely built - it integrates especially well to the 60D body with very little flex. The batteries loading from the end of the BG-E9 grip and oriented in line with the grip allow a less-squared and notably-better ergonomic design than the previous battery grips with their rear-loaded batteries.

In use, the BG-E9 makes portrait/vertical shooting much easier and more comfortable. I can feel the difference in my arms and shoulder after even a moderately long shoot. And I can hold the camera in vertical orientation a little steadier in this position.

Where you buy your gear matters. You expect to get what you ordered and you want to pay a low price for it. The retailers I recommend below are the ones I trust for my purchases. Get your Canon BG-E9 Battery Grip now from:

B&H Photo
Adorama
Amazon.com
eBay (Choose trustworthy sellers only)
(Using the links on this site to make any purchase provides support for this site)
The Tip Jar