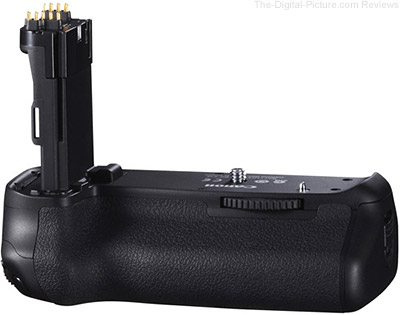 The Canon BG-E14 is the battery grip designed specifically for the Canon EOS 90D, 80D, and 70D DSLR cameras. All of Canon's Battery Grips are fundamentally similar to each other in design and functionality, and once again, the BG-E14 includes the basics. 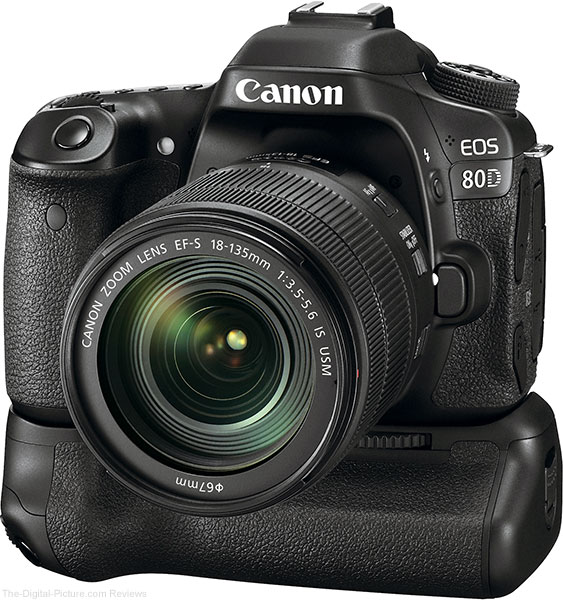 DSLRs without a built-in vertical grip (all non-1-Series bodies at this time) have the advantage of being compact and light, but these bodies are not comfortable to shoot with in portrait/vertical orientation – especially for long periods of time. An accessory battery grip solves this problem by adding a vertical grip complete with shutter release and other relevant buttons. And, the grips allow a second battery to be used for double the battery life. 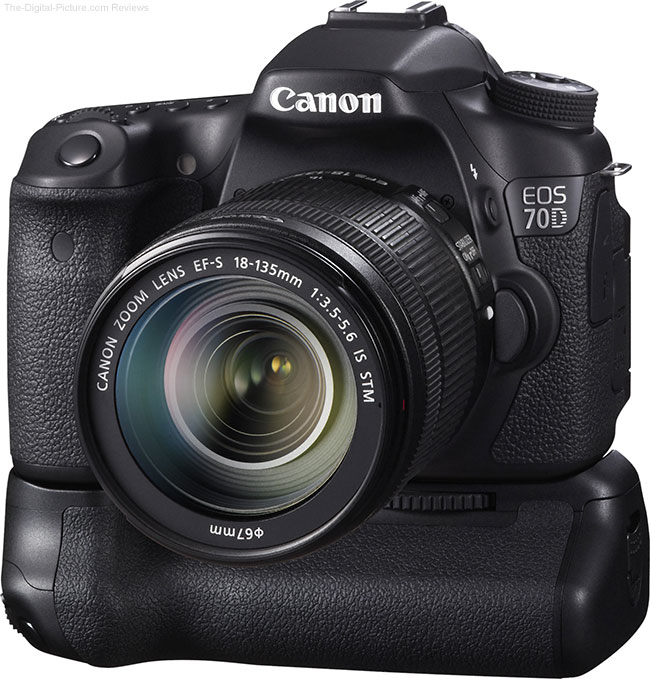 To install the BG-E14, the LP-E6N Battery is removed from the camera and the battery door is detached. The camera provides a small spring-loaded latch release switch on the battery door to make its removal especially easy. The battery door then attaches to (installs into) the grip for storage (snapping into place over a small instruction diagram).

The BG-E14 slides up into the empty battery compartment and locks into place via the tripod socket screw on the BG-E14. The BG-E14 provides its own tripod adapter threads – this functionality is not lost.

The BG-E14 holds two Canon LP-E6N Batteries that deliver double the number of shots or video time from the DSLR. Alternatively, use 6 readily available AA batteries in the included battery magazine (a small nylon bag is now provided to store the unused battery magazine in). Note that the BG-E14 works fine with only one LP-E6N battery – a second LP-E6N battery is not required. 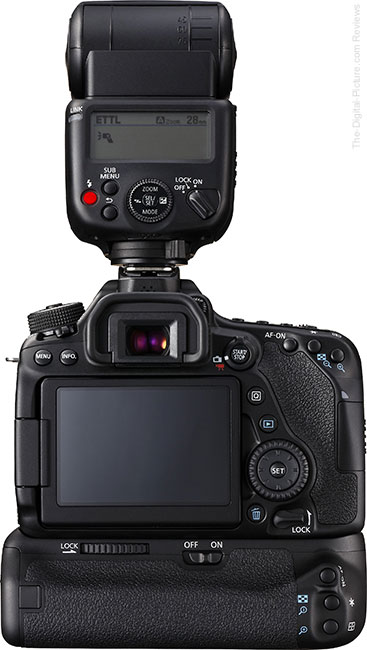 The Canon BG-E14 Battery Grip is very nicely built – it integrates especially well to the 70D and 80D bodies body with little flex.

Batteries load from the end of the BG-E14 grip and orient in line with the grip to allow a less-squared and notably-better ergonomic design than the older battery grips with their rear-loading batteries. Still, the BG-E14 grip is moderately bulky – bulkier than the built-in camera's grip. The normal grip becomes even nicer with the BG-E14 attached – providing more landscape for you hand to grip the camera with.

In use, the BG-E14 makes portrait/vertical shooting much easier and more comfortable. I can feel the fatigue difference in my arms and shoulder after using a battery grip for even a moderately long shoot. And, I can hold a gripped camera steadier in vertical orientation – my right arm can be stabilized against my body instead of being held overhead. 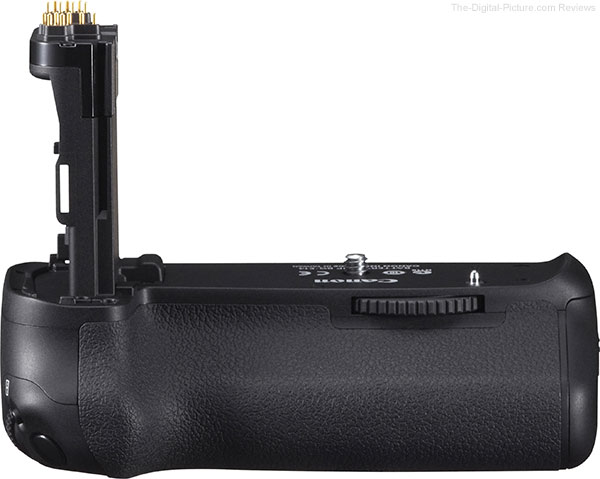