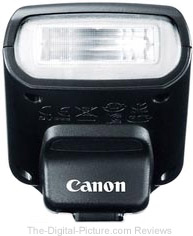 The Canon Speedlite 90EX Flash is a tiny, light, nearly featureless flash with an also-tiny price. I should clarify: the flash itself is nearly featureless. When placed on a DSLR with a flash menu, the normal range of flash control options become available along with one feature that stands out: the ability to remotely control other off-camera Canon Speedlites with optical wireless slave capabilities. Matched with the 90EX's tiny size and tiny price tag, that last capability is the one that excites me. 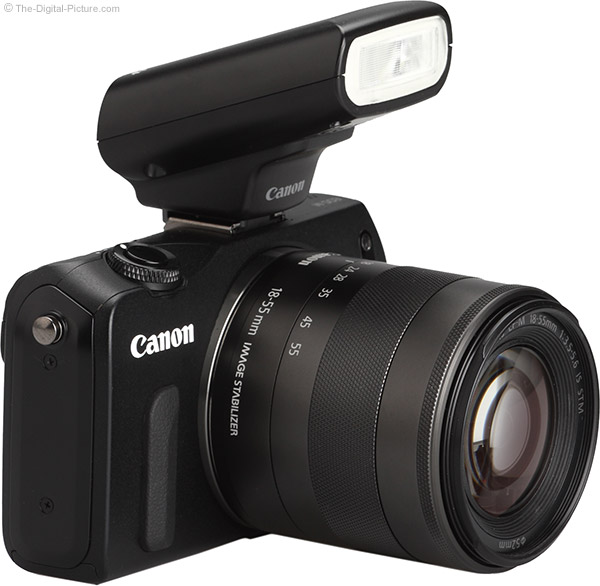 The little Canon Speedlite 90EX Flash was announced with little fanfare – a mere paragraph within the much more significant at the time Canon EOS M MILC (Mirrorless Interchangeable Lens Camera)'s press release. With no built-in flash available on the M, the 90EX's coming into existence made a lot of sense. 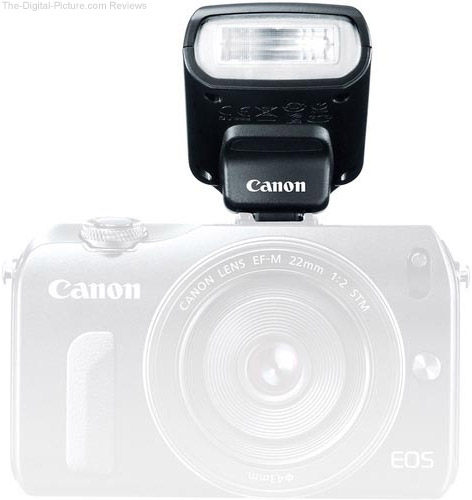 The EOS M did not set any sales records and as I write this review, the 90EX is scarce. But, this little flash is compatible with all Canon EOS DSLRs and on some, it offers great value. 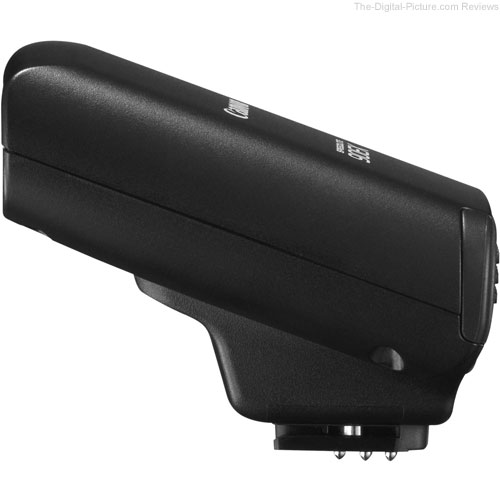 With the exception of the back, this flash consists of a good quality plastic housing, the fixed 24mm (15mm APS-C) coverage flash head and a plastic hot shoe foot with the normal communications and locking pins.

That sums up this flash from the outside. When mounted to an EOS DSLR with a Flash function settings menu, many more flash options become available. These options include Mode (ETTL/Manual), Wireless (On/Off), First and Second curtain shutter sync (wireless transmission off) or High Speed sync (wireless on) and FEC (Flash Exposure Compensation, +/- 3 stops).

Through a camera menu, one Custom Function is available: C.Fn-01: Auto power off (ON/OFF) When set to On, the 90EX powers off after 5 minutes of inactivity.

In terms of power output, the 90EX is Canon's weakest current flash. The 90EX is rated at Guide No. 30' (9m) at its fixed 24mm angle of coverage. By comparison, Canon DSLR built-in flashes are generally rated at 40-43' (12-13m). Canon's next-larger accessory flash is the Speedlite 270EX II. The 270EX II is rated at 89' (27m), though this much better rating comes with a manually zoomed head set to 50mm for a more-tightly-focused beam of light.

The 90EX's recycling time spec of 0.1 - 5.5 sec. is normal for Canon flashes. However, with a low max power, you are going to be encountering full power discharges more frequently. Thus, the longer recycling times within that range are typical and the flash may seem to recycle slowly to you.

Here is a comparison look at size and weights:

Note that with-battery weights are not included in this chart and that the 90EX's two AAA batteries weigh less than the batteries required by most other flash units.

Included in the table above is the Canon Speedlite Transmitter ST-E2. The ST-E2 is not a flash, but this is the product that I think the 90EX shares its most valuable feature with. That feature is optical wireless control of remote Speedlite flashes from a small, light camera-attached unit.

Over one of 4 channels, the 90EX can control up to three groups of optical wireless compatible slave flashes from up to approximately 23.0' (7m) indoors and up to 16.4' (5m) outdoors. Optical wireless communications requires line-of-sight within the flash's angle of output (which drops off modestly at periphery angles). Power ratios for the A:B groups can be set from 8:1 to 1:8 in 1/2-stop increments. Group C power is set via exposure compensation (+/- 3 stops).

Use the flash specifications tool to view the Canon Speedlite 90EX and ST-E2 comparison in side-by-side format. Notable is that the ST-E2 does not have the ability to control the "C" group.

Canon makes a much newer speedlite transmitter, the ST-E3-RT, but I omitted this model from the above table because it operates only as a radio wireless controller. It does not work with optical wireless setups. 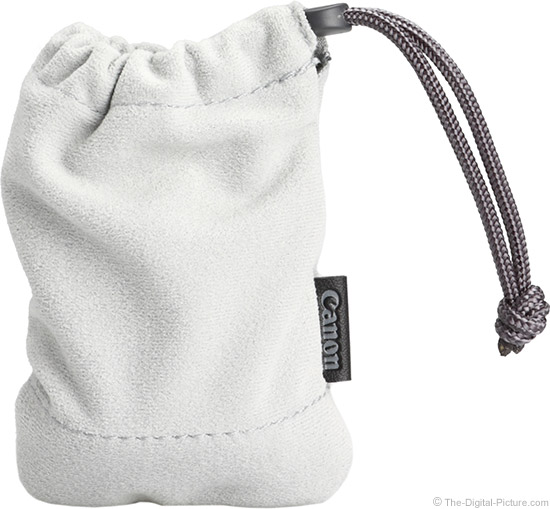 The Canon Speedlite 90EX Flash comes in the cute pouch seen below.

As with Canon's other flashes, the 90EX simply works. It does what it is designed to do. Deciding who the 90EX flash is right for is also simple.

Somewhere in the 7D/60D/Rebel T3i/600D timeframe, Canon began giving the built-in Speedlites in EOS DSLR cameras the ability to wirelessly control remote Speedlites. If your camera has a built-in Speedlite with remote control capability (and it is functioning properly), I can't think of a good reason for you to buy the 90EX. Your built-in flash has more power than the 90EX and you already have optical wireless remote Speedlite control capability. To improve on what you already have, check out the other current Canon Speedlite Flashes.

If you camera does not have a built-in flash, the 90EX provides fill light and/or short distance direct main light in an easily pocketable size and weight. At its low price, adding a 90EX flash to your kit makes a lot of sense – even for infrequent use.

If you camera does not have a built-in flash or if your built-in flash does not have optical wireless control capabilities, this tiny flash can have a huge value. For a far lower cost than an alternative Speedlite or Speedlite Transmitter with the same wireless master capability, you can take your lighting capabilities up to a high-end professional level by controlling compatible off camera flashes with the 90EX. The 90EX sitting on your camera will not create the additional arm fatigue that a full size master flash will and the 90EX will not cause fatigue in your wallet. 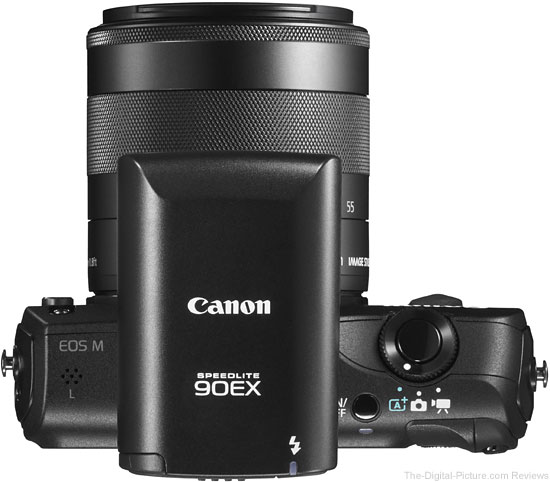 As I alluded to in the beginning of this review, I'm not sure what the future of the 90EX holds, but I think it has a great value and deserves to remain in Canon's kit. The 90EX offers modest flash output and full featured optical remote flash control in a tiny and light package. For those features, it is worth the also-small price.