When Bad is Good, Sunset in Badlands National Park 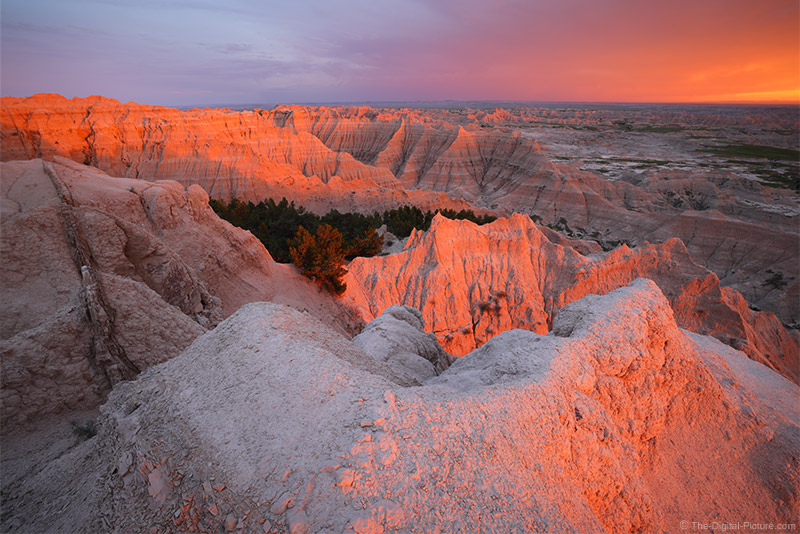 While badlands may be bad for farming and inhabiting, they are awesome for photography. Late spring brings the storm season to Badlands National Park, and the clouds associated with stormy weather bring the sky color that makes landscape photographers drool.

I can't think of any scenarios I like better than the sun shining under heavy cloud cover immediately before setting. The flat prairie often provides very late in the day ultra-warm, direct sunlight, which was the case this evening.

With a close foreground and a very distant background, this scene called for the use of the Canon EOS R5's focus shift feature.

A very high (100) number of images setting was selected, indicating that the camera should create sharpness until infinity. The closest subject in the frame was focused on, and with the press of the shutter, the R5 determined that two frames were adequate for this 15mm f/11 capture. The Depth Compositing tool in Canon Digital Photo Professional (DPP) merged the two images.

In this case, some soft areas remained in the seams in the lower left and lower right regions of the merged image. A Photoshop overlay using a small portion of the sharp foreground image corrected this issue.