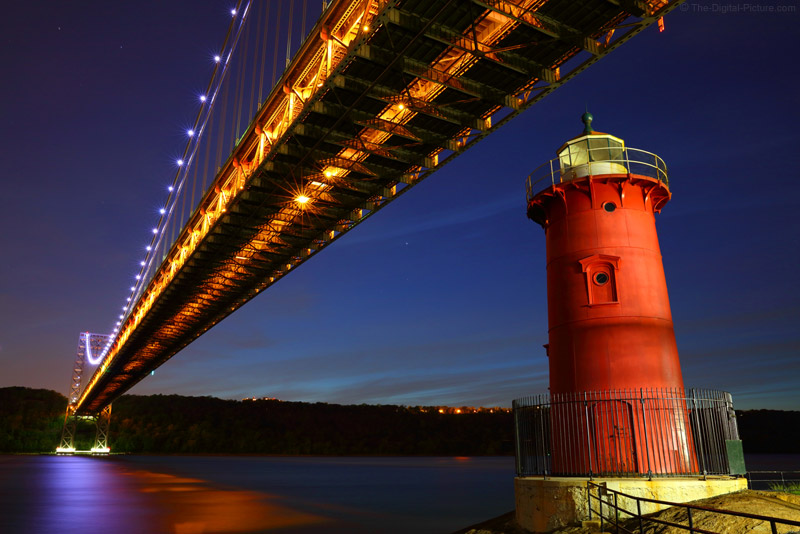 To get the story behind this image, be sure to read the comments for the image titled The Little Red Lighthouse and the Great Gray Bridge. As you learned from that page, I had a choice of two great lenses to use for the 28mm focal length this picture was captured at. The question is: why did I choose the Canon EF 24-70mm f/2.8L II USM Lens over the Canon EF 16-35mm f/4L IS USM Lens?

At the f/11 aperture, the image quality difference between these lenses is unimportant, but ... I did change lenses from one to the other for a specific reason. The 24-70 L II, with its wider max aperture, creates noticeably larger stars from the point light sources in the image, the individual lights. While the results from both lenses would be great, I wanted the extra sparkle that the 24-70 L II would provide.

Compositionally, I moved in as close to the lighthouse as possible (making the "little" lighthouse appear large) while keeping some separation between the lighthouse top and the bridge. I retained the entire leftmost part of the bridge along with some wooded area (Fort Lee Historic Park) in the frame, but excluded a skyscraper located just outside of the frame.