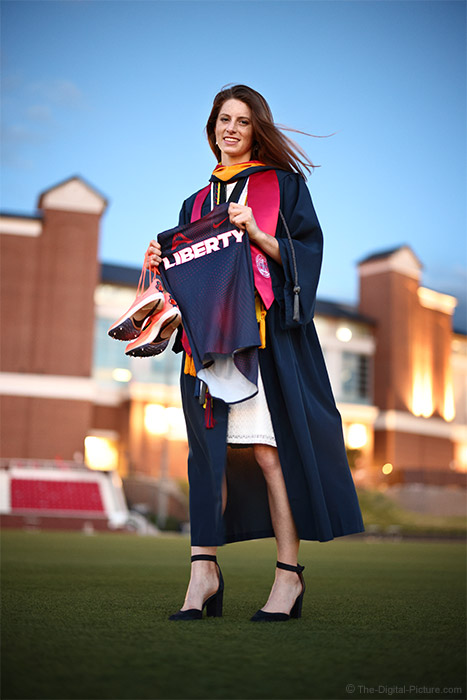 As I shared in The Sony a1 and FE 35mm GM Lens Capture the Exit image, the time allocated to this shoot was very short. To speed the shoot, three cameras with prime lenses mounted were in the MindShift Gear BackLight 26L. The Canon EOS R5 and RF 50mm F1.2 L USM Lens got the call for this scenario.

Noteworthy is that this image was captured handheld at "Civil End". If you are unfamiliar with this term, estimate it to be about 30 minutes after sunset. It was dark.

Utilizing the R5's IBIS kept what was not blowing in the wind sharp, despite the awkward and unsteady near-ground level shooting position.

Need a clean background for your portrait subject's head? The sky often works well for this.

Merge the two concepts, and this image is the result.

The Canon RF 50mm F1.2 L USM Lens's ultra-wide aperture had a big role in making this image possible, and that feature held complete responsibility for the strong background blur. Despite the incredibly wide aperture in use, the background remains recognizable at this subject distance.

While this image was captured at ISO 2500, my eyes were not keeping up with the viewfinder brightness increasing relative to the ambient lighting. Therefore, this image required +1 EV of brightness adjustment in post.