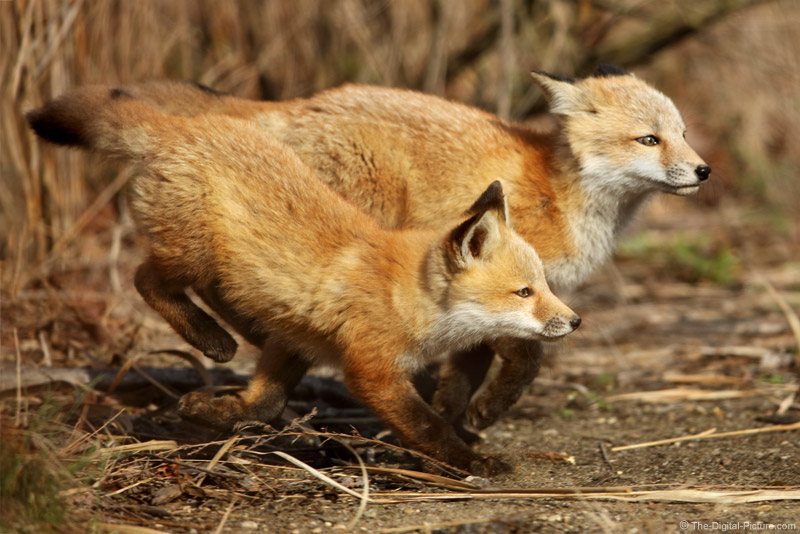 I had been watching this pair of red fox kits (what baby fox are called and not to be confused with the kit fox species) at a relatively close distance, within photo range, for perhaps an hour with essentially no good images captured. They were running, resting, wrestling, eating (the mom or dad would occasionally bring them captured food), nursing and simply being extremely cute.

While I was thoroughly enjoying watching the adorable babies, I of course wanted photos to take home. The problem was the thick brush including vines, trees, limbs, grasses, etc. constantly obscuring the view and creating hard shadows that were nearly as problematic as the obstructions. There were very limited unobscured areas to shoot into at this location and the kits seemed to seldom go into these.

At one point, the kits started running together in a big circle. I saw that the arc, if followed, was going to lead them through one of the small openings. I told the small group I was with to get ready, followed my own advice and when they hit the opening, I hit the shutter release.

The result of anticipating the shot was one of the few images worth processing I captured on the trip and anticipation is often the key to successful wildlife photography. Wildlife is frequently moving and determining where that movement will correspond with a good composition is often what is required for good results.