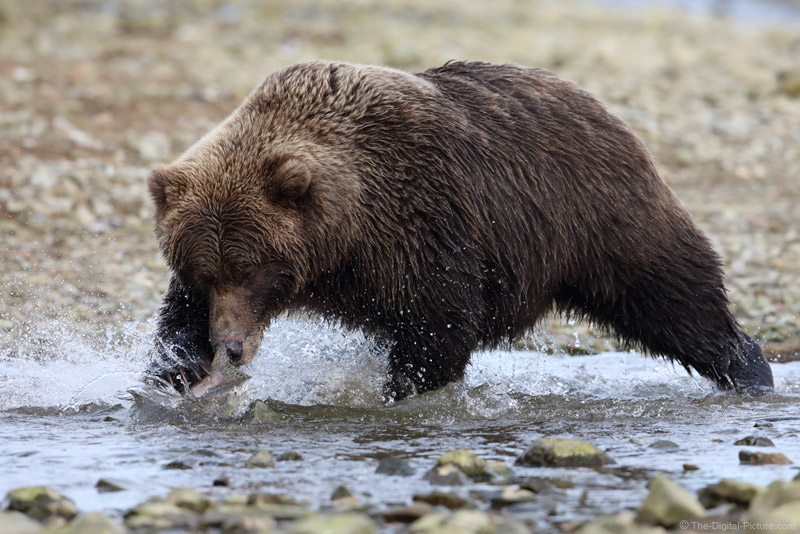 From my coastal Katmai National Park trip, I have lots of images of brown bears chasing and carrying salmon, but this one surfaced for several reasons.

First, there is significant splashing. The splashing adds drama, showing that fast action is taking place.

Second is that the pink (humpback) salmon's tail and head (including eye) are both showing along with the bear's eyes being visible. Having the eyes in an image can make or break a shot.

I of course love the ideal timing of those enormous claws about to hook the fish.

That the bear's head and the fish are sharply in focus is definitely a positive factor as splashing water along with an erratically moving subject presents a significant challenge to both the camera's AF system and to the photographer's skills (including rapid AF point selection).

Put all of those attributes together with the impressive image quality of the Canon EOS 5Ds R and EF 600mm f/4L IS II Lens combination along with the primary subject being the impressive-by-itself brown bear and ... the image rises into my favorites album.