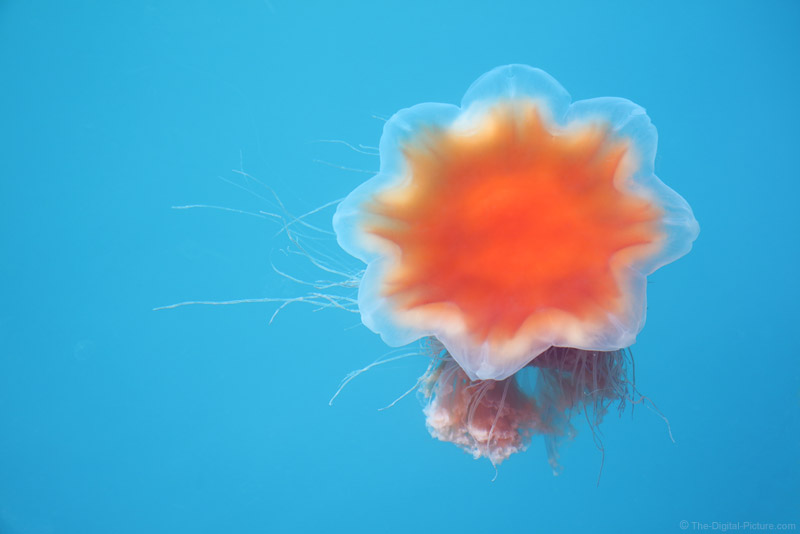 I encountered numerous lion's mane jellyfish (Cyanea capillata, AKA the giant jellyfish or the hair jelly) while walking the docks at Seward Harbor in Alaska. With a Canon EF 24-70mm f/4L IS USM Lens mounted to the Canon EOS 5Ds R, I was focused on harborscapes and was not expecting small subjects such as jellyfish. While I could have gone back to the SUV for the 100-400mm Lens, I was able to find a couple of these subjects just below the dock, allowing me to occasionally get close enough to fill much of the 70mm frame.

By photographing a lion's mane that was near the surface with a circular polarizer filter cutting the reflections and by adding some contrast in post processing, I was able to get an underwater look from a surface-captured image. In post, I removed some debrise in the water and increased saturation a bit to brighten the colors. Hard to see at this resolution is the small jellyfish, one of the lion's mane jellyfish's prey, just out of tenacle reach toward the left side of the frame.