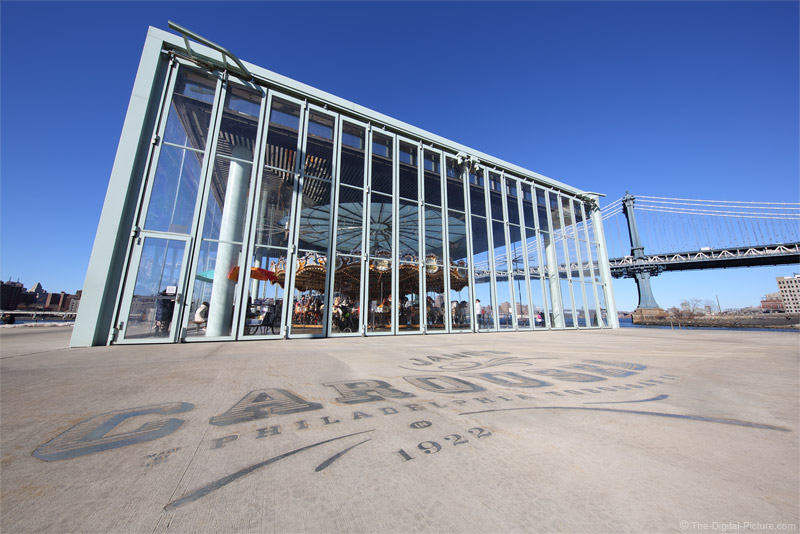 Jane's Carousel is a standout landmark in Brooklyn Bridge Park, Brooklyn, NY. While it is hard to miss the carousel house, the highly-styled words in the concrete are not as obvious. Ultra-wide angle lenses are great for emphasizing the foreground and I decided to emphasize the not obvious in this case, the words:

"Jane's Carousel made by Philadelphia Toboggan Co in 1922"

Jane's Carousel is a very popular location and, while not a necessity, keeping people out of your frame is challenging (an understatement). To start, visiting on a cold winter weekday will reduce the visitor population. Next, taking enough frames to allow all parts of the scene to be captured without people or their shadows in them is key. Fortunately, I had two images that when combined, showed no humans outside of the building. In post, I combined these two exposures to show only the sans-people parts.

At 11mm, it is hard to keep your own shadow out of the frame. By using the self-timer, I was able to step back before the shutter released. The camera's own shadow was the remaining problem. With a clean foreground, I was able to remove the shadow in post processing without difficulty.