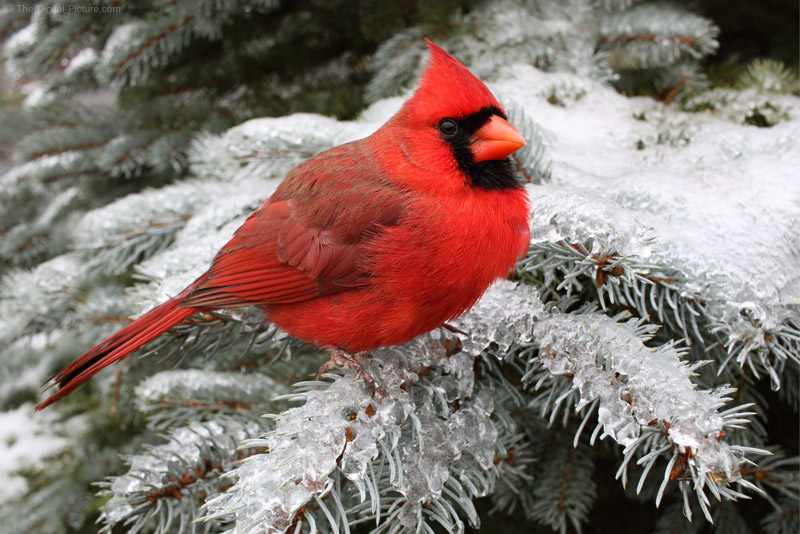 While the Canon EOS 7D Mark II is without a doubt an awesome bird photography camera, the Canon EF-S 24mm f/2.8 STM Lens is near the bottom of my bird photography lens list. Don't take me wrong – the 24 STM is a great little lens (a great bargain), but making a bird large enough in the 24mm frame to be relevant requires a very short subject distance or a short subject distance and a very large bird.

But, as this image proves (to me at least), the 24mm focal length can capture birds under ideal conditions. These ideal conditions with a wild bird in them come very infrequently, but ... one came to me this week. Here is the story:

I was outside giving the 24 STM lens a workout prior to wrapping up its review. We had a light snow followed by freezing rain overnight and warming air temps created a dense fog. Dense fog means low contrast which means evaluating lens image quality performance is compromised. But, these conditions can make for moody images and I was searching for something interesting.

After exploring the yard and surroundings, I came to like this lightly snow-and-ice-covered spruce tree best. I honed in on the set of branches shown in this image, working on placing the lines of branches and needles into an interesting composition. Still, I was looking at an only average image. It needed something.

Then my daughter walked out of the house announcing "I have a cardinal!" The unfortunate bird had made a navigational error and impacted a window of the house. Brittany had rescued the bird from the shrubbery.

In this part of the world, at this time of the year, no other bird is as beautifully colored as the cardinal and perhaps no other subject can make a snowy image pop more perfectly than a cardinal. As the bird gathered its wits, I placed it on the ideal branch in my composition and captured some images of it – from any distance I desired.

I knew that I wanted the cardinal large in the frame. Large in the 24mm frame meant moving in close, which also helped reduce the amount of background showing in the modestly-wide 24mm angle of view (on an APS-C/1.6x DSLR). Being close enough to the bird for the ideal large-in-the-frame composition meant that I had to be very careful to not make one part of the bird (such as the wing) look unusually large in relation to the rest of the bird (perspective distortion). A slightly forward-of-the-bird position seemed to work the best and the spruce branches provide leading lines to draw a viewer's eye to the bird (in case the color contrast was not enough). The bird was not completely still and capturing the right head position (looking slightly toward the camera) required good timing.

To have this ideal subject show up and cooperate for a few minutes at this exact time was divine. The cardinal flew away, apparently unharmed, not long after this picture was captured.