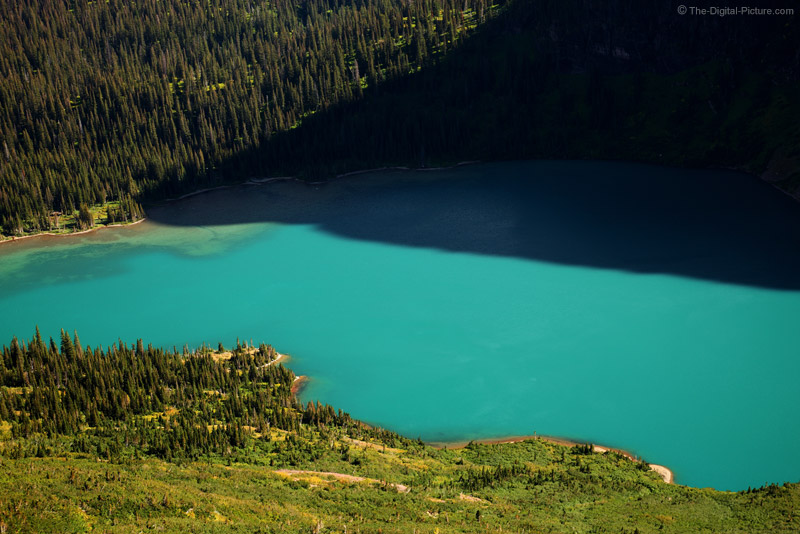 Under a mid-day sun, Grinnell Lake glows a beautiful turquoise blue color. Shadows are another subject I love to work with - and it was easy to incorporate a huge shadow into this image.

It is true that many of the most dramatic landscape photos are taken early and late in the day, but when traveling long distances, I'm not going to shoot only within these short windows of time. And sometimes, especially when shooting colorful water (such as in this example, carribean waters, etc.) or in deep canyons, mid-day can be the best time of the day to shoot.

When shooting during mid-day hours, you will usually find a circular polarizer filter on my lens (it gets used at other times too). When the sun is directly overhead, the uneven sky effect of polarized wide angle focal lengths is often minimized due to the most-darkened sky being near the horizon - 90 degrees from the sunlight path.

With no close foreground subjects in this image (not needing as much DOF), I opened the aperture to f/8 to gain some shutter speed (I was probably shooting in strong winds).